Sorry if I worded the question strangely, I'm just not exactly sure what's going on. I'm analyzing a PCM audio stream coming out of an ESP32. I've got the DOUT pin connected through a 10x probe to channel one of my scope, and CLK connected to channel 2. CLK looks normal to me, but DOUT is just 2 parallel lines. Normally I would assume the signal is just too fast, but even on the shortest time base, the signal looks like 2 continuous lines, and the signal shouldn't be that fast anyway. The pin can't be at zero and five volts at the same time, right? Am I doing something wrong, or interpreting the data wrong? 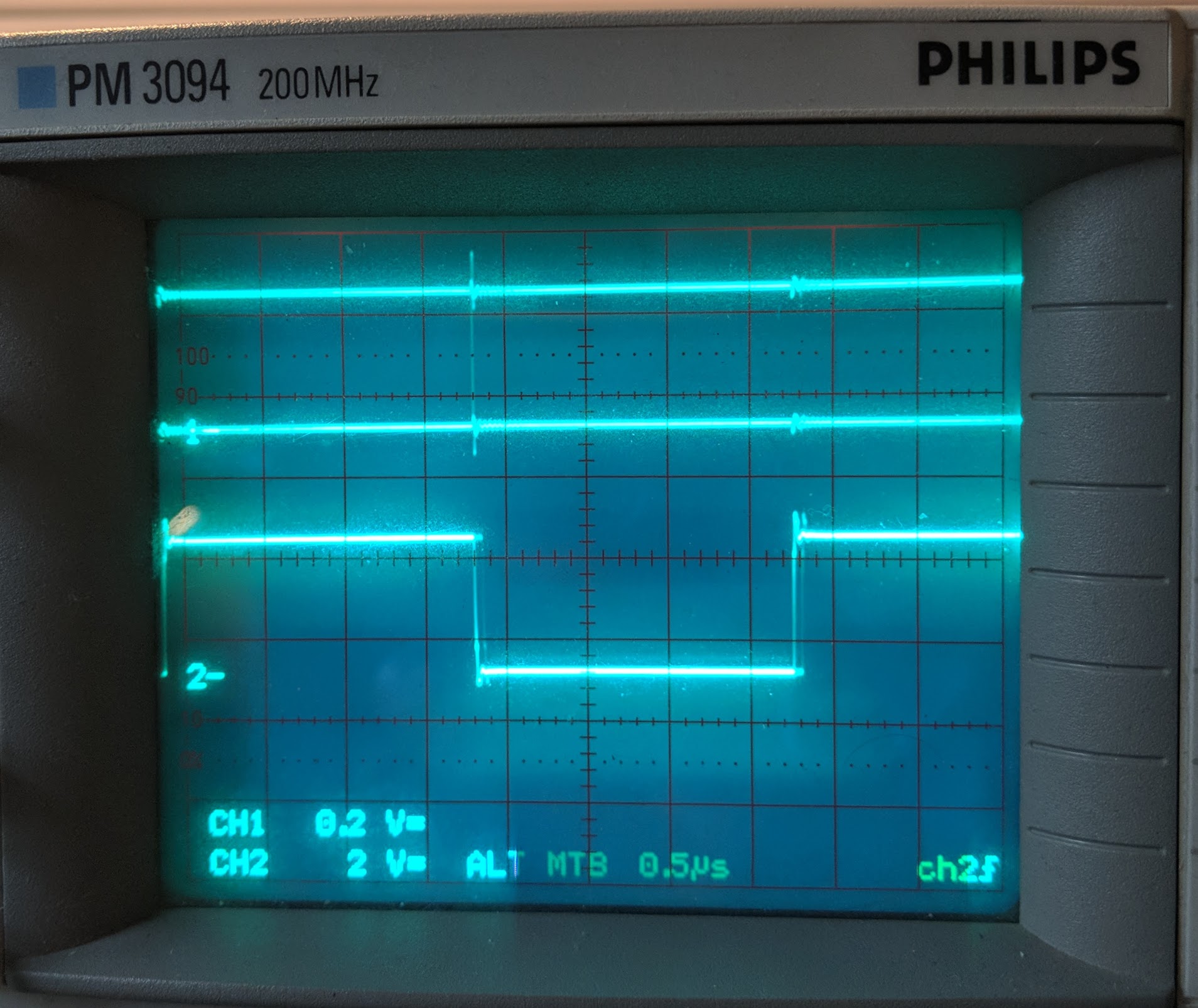 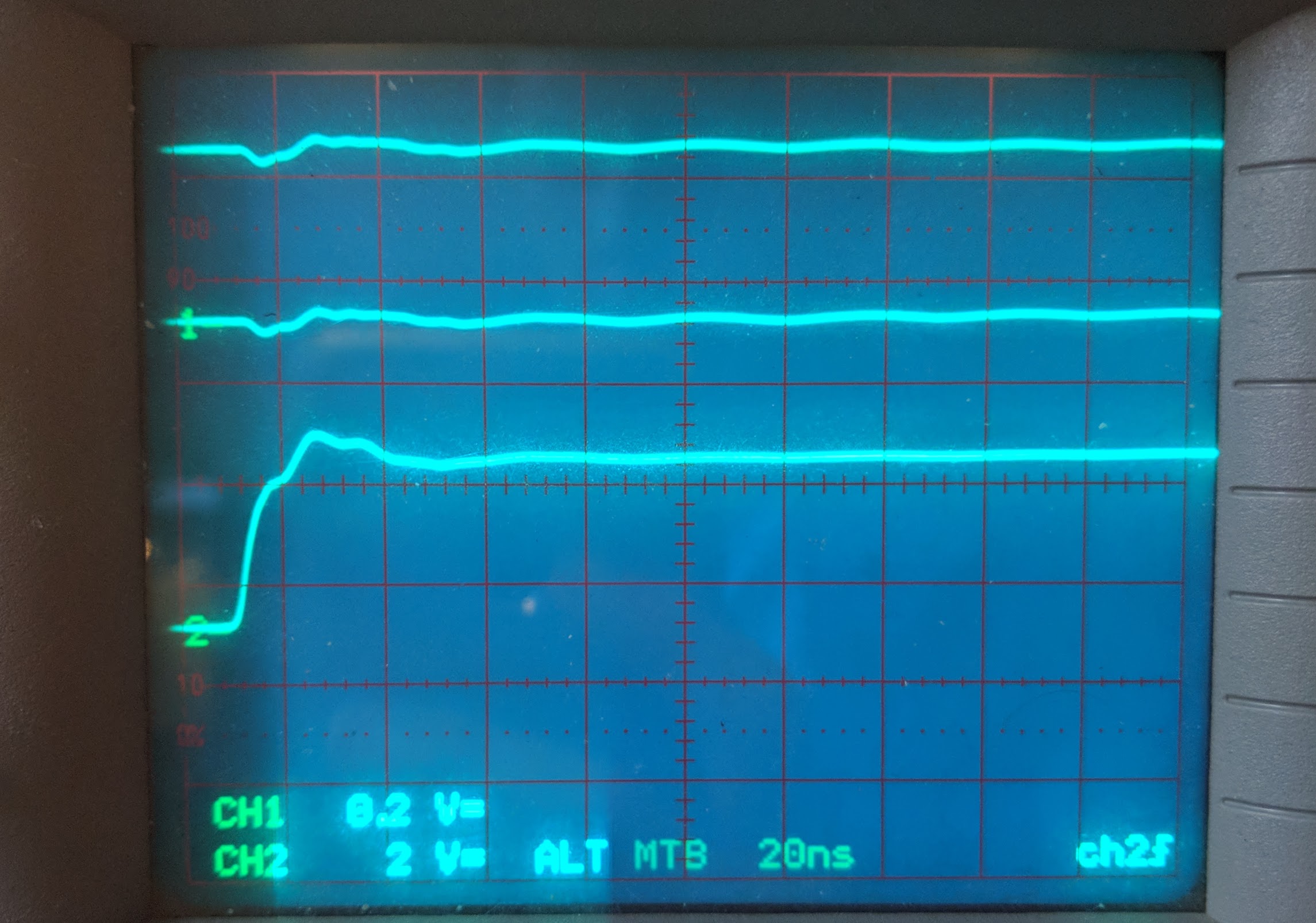 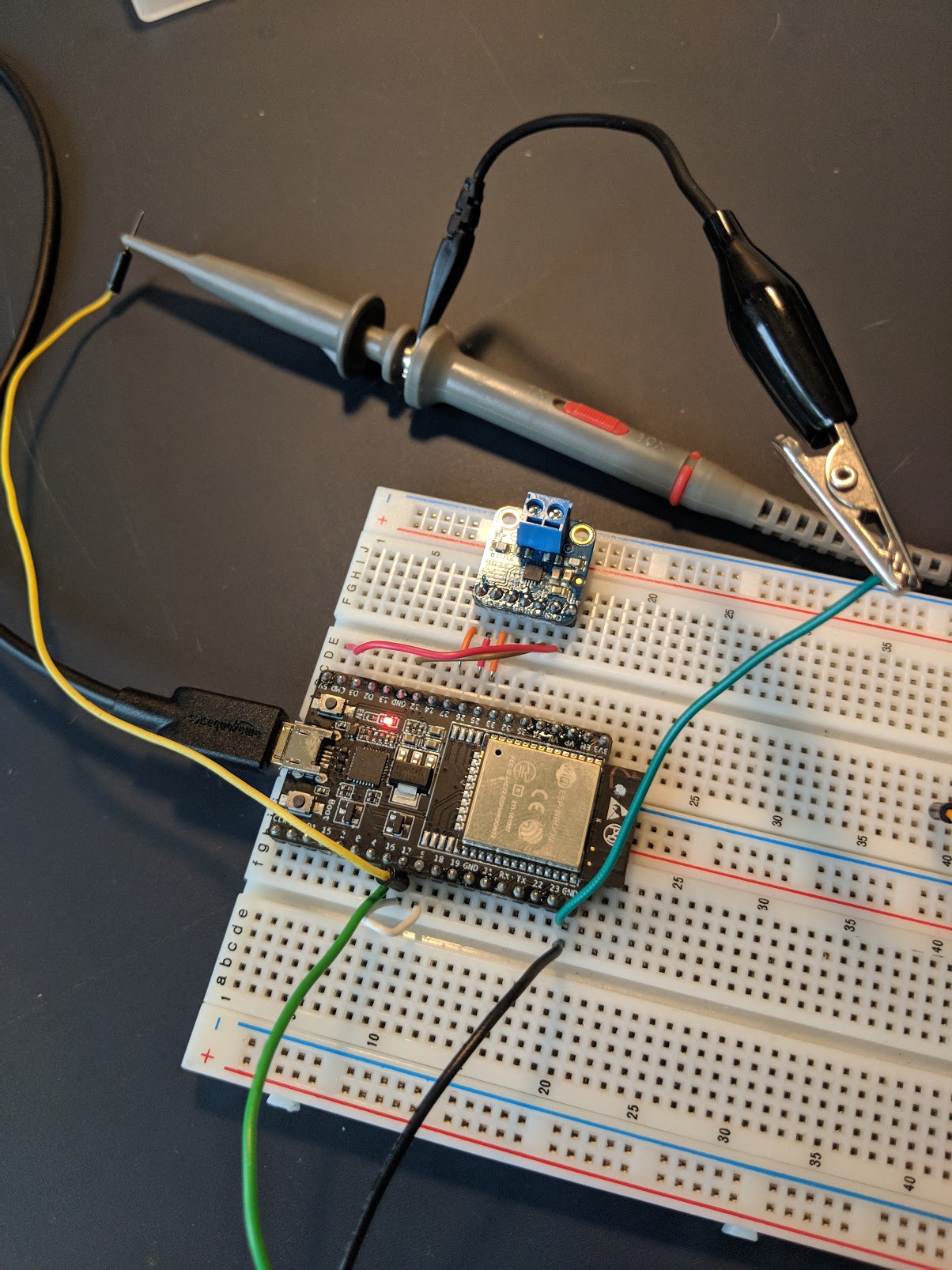 The pin cannot be at zero and five volts at the same time, but it can quite easily have occurrences of both states in successive sweeps within the retention time of your analog scope's phosphor (or a digital scope's software model of phosphor behavior).

You appear to be set up to trigger on any chosen direction edge of the clock, so you're probably viewing many different bit positions in the word (or successive words), all folded to the same position of the screen.

Even if you managed to trigger on something more uniquely identifying in time, like a framing pulse or left/right word select, noise could still cause you to see both possibilities in the data at a given position on the screen - obviously so in the lower bits, but also even in the higher bits if the noise spans zero where all bits may change state, or some other power of two transition where many of them do.

To get a picture without this, you'd either need to view a consistent place in consistent serial data, or use a digital scope in a one-shot mode or some similar scheme so that you're only viewing a single sweep.

Not the answer you're looking for? Browse other questions tagged oscilloscope pcm or ask your own question.