I turned my answer into something of a collection of free impedance calculators..

I was thinking of using one of the most ubiquitous connectors in the world - 2.54mm pin header. The snag here is that I need to push a relatively high frequency over it 4MHz UART, edge frequency much higher of course.

4Mbit UART is just the tip of the iceberg, if I decide a standard header is fine for RF, there's SPI, SDIO, RGMII, 900MHz RF link antenna connection.. At some point it certainly stops being fine.

With regards to signal integrity and EMI, fundamental frequency is fairly meaningless, see this EDN article about what's the spread of RF energy on a 1MHz signal with 0.1ns rise time. An extreme example but 1ns rise time is fairly normal. https://www.edn.com/design/pc-board/4430165/Getting-EMC-design-right---First-time--Part-3--High-speed-signals---Impedance

What is a safe margin for trace length vs rise time depends on who you ask, you get full reflection if round trip delay is equal or higher than the rise time. Some people suggest 1/3rd is a decent margin while others go as far as to 1/10th.

On a standard FR4, 1ns propagation time equals to approximately 160mm, so 80mm trace would be "critical length". With 1/3rd rule, ~25mm would be fine.

Here is an analysis of the 1/3rd rule, which may not be good enough for 15R drive impedance: https://blogs.mentor.com/hyperblog/blog/tag/critical-length/ 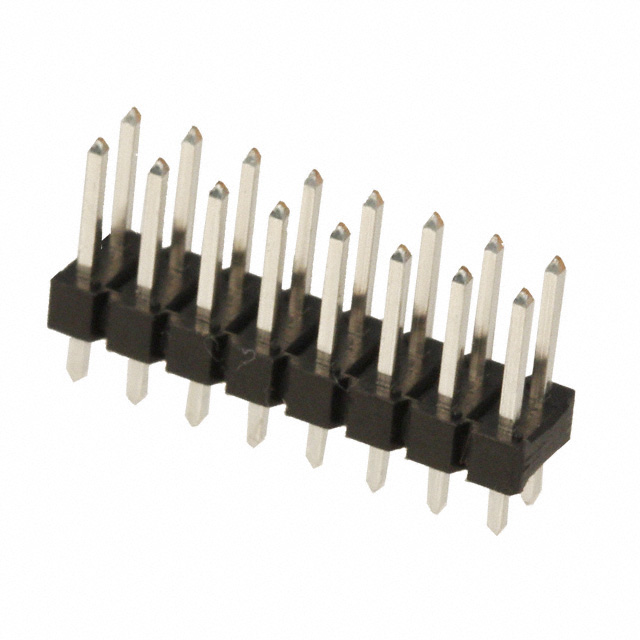 You'd think that such a popular connector would have ready reference on the impedance of it. This does not seem to be the case however. 1.27mm ribbon cable has ~100R impedance in GSG configuration but it's not quite the same as 2.54x2.54 2-row connector.

So each signal is surrounded by ground pins in three directions, essentially making it a co-planar wave-guide. Now CPW calculators are around, but I'm not quite confident they can handle the case where trace width and thickness are the same. In fact majority of the calculators dismiss the trace thickness out of hand.

Now I used this CPW calculator http://wcalc.sourceforge.net and plugged in these values:

0.6mm width comes from typical header post size, it varies a bit from manufacturer to manufacturer, 0.64mm is another popular choice. 3.4 is polyamide dielectric constant.

It spits out 119.5 R as a result. Fair enough, but is that realistic? Any thoughts on this? Removing the ground plane REDUCES the impedance to 72R, which would imply the calculation can't handle thick traces + ground planes. In fact it seems to ignore the trace thickness entirely if there's a "ground plane".

You are overthinking this issue. For 4 MHz you shouldn't have any concerns. For example, all PC mainboards use 2x5 headers for on-board USB 2.0 connections to front panel USB, and they operate at 240 MHz quite happily, on billions of PC. Although the 0.100" headers were never intended for RF interconnect and therefore are rarely characterized electrically.

Trace thickness does have a minuscule effect on trace impedance, which can be easily determined using any on-line Java microstrip calculators. Most calculators assume standard 1.5 Oz copper thickness, which always fall within the margins of error.

To solve this, you need at more serious software than your standard PCB trace analyzer. I found a free tool to do this, MMTL electromagnetics simulator, it uses method of moments. MMTL stands for "Multilayer Multiconductor Transmission Line". It's available in sourceforge TNT 1.2.

There are also many commercial packages to do this, from more sophisticated 2D tools like trace analyzer (uses Green's formulas) to full blown 3D field analyzers like Sonnet and EM3DS.

Trace Analyzer free license allows max 2 traces. It can do ground traces so it allows this kind of GSGS header pattern. (in paid version)

Sonnet has Lite version that's actually relatively useful, it allows 2 metal layers and 3 dielectric layers. You're limited to 32MB of RAM after registration but there are tips on how to optimize memory usage. Sonnet is actually 2.5D which disregards metal layer thickness. Vias are modelled however.

EM3DS free license does not allow professional use, it's restricted to 2 metal layers, 3 dielectric layers. This has 2.5D mode with zero height metal layers and full 3D mode where your metal layers can be arbitrary thickness.

Long story short, surrounding a single 0.64mm pin with five GND pins spits out 69R. That's actually not too bad. Three pins works out to 70R which makes me wonder how accurate the analysis is.

Since this is something of a repo for impedance calculators I can find, let's put ATLC and Multiple Dielectric Transmission Line Calculator here. MDTLC is a front end for ATLC. ATLC works with a bitmap you can draw with gimp for an arbitrary 2D shape, ALTC does number-crunching 2D field analysis, not a simplification so it should be able to handle whatever shape you decide to throw at it. MDTLC lets you create automagically bitmap for differential pair or CPWG, works in mils.

NOTE MDTLC is not using the latest atcl, you may want to use it just to generate the bitmap to feed to atlc. Atlc Windows binary you get by default from sourcefodge is ancient, you probably want to build from source if you go there. Here's instructions for windows: http://axotron.se/blog/installing-atlc-on-windows/

Note that he doesn't know about "tar", so tar -vxjf atl-file-bz2 works just fine to extract the tarball.

Obviously you should change the dielectric constant to whatever you're using, 00af1f is the solder resist. 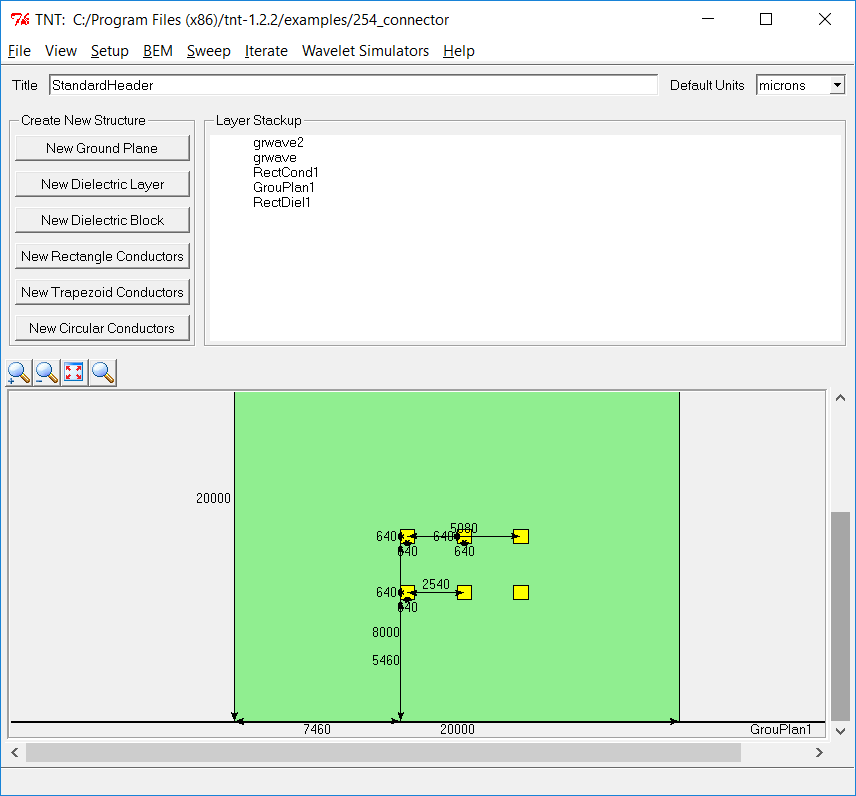 Not the answer you're looking for? Browse other questions tagged impedance header waveguide or ask your own question.

1
Do I need an impedance controlled connector for RS422?
1
How are trace impedances summed together for a single trace?