I have an APC baseboard that runs off 24v.

Naively I could put the fans in series (2 x 12v = 24v), but as answers to several other questions point out, this is a mistaken approach as they are inductive in nature.

Given that the PCB and the new fans are both well engineered, I'm looking for the cheapest and simplest way to power these fans from the original 24v pins. It doesn't need to be perfect, but I'd like to avoid a constant 1.4W wasted power drain of using 2 x 200R series resistor, one on each, (or 1 x 100R common to both), or constant loss through a zener diode.

What is my simplest/cheapest solution?

If the two fans have the same Power ratings they will split the voltage equally.

If not equal then the lower power one will run at higher V and RPM until it’s incremental impedance matches the other.

Miniature BLDC Fan motors are designed more like controlled voltage/current drivers wto look like a resistor. They have very low starting torque as a result but torque rises with current and Power out matches the DC power square law consumption. They use precision Hall sensors to trigger each phase of the commutation and use PWM to reduce the average current as a ratio of the applied DC voltage.

i.e. I is proportional to V.

Hence a BLDC fan motor behaves like a resistor.

The current noise is LC filtered to reduce it somewhat. So the input Voltage splitting or divider ratio depends on the fans being matched for power or voltage and current specs. 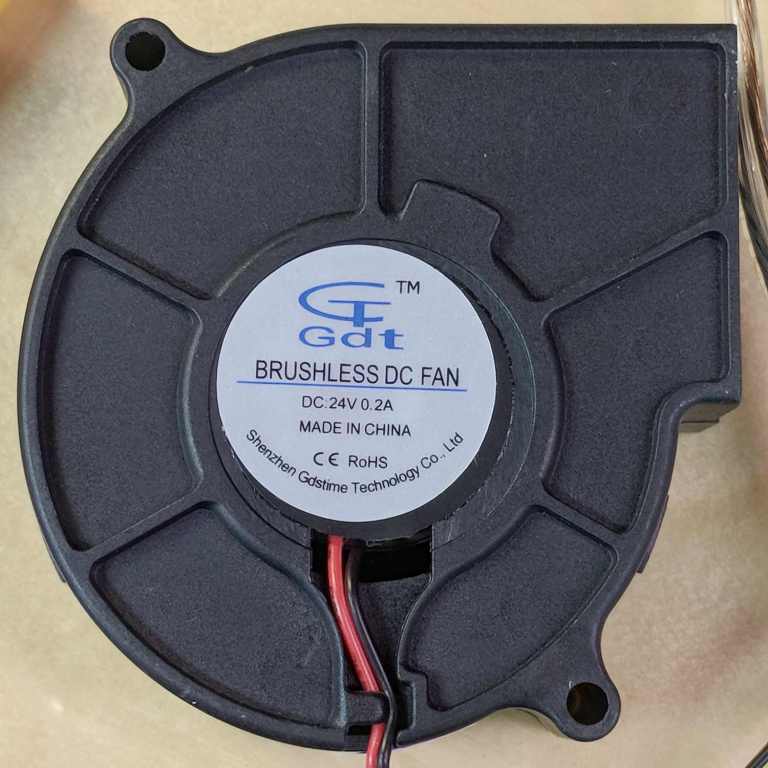 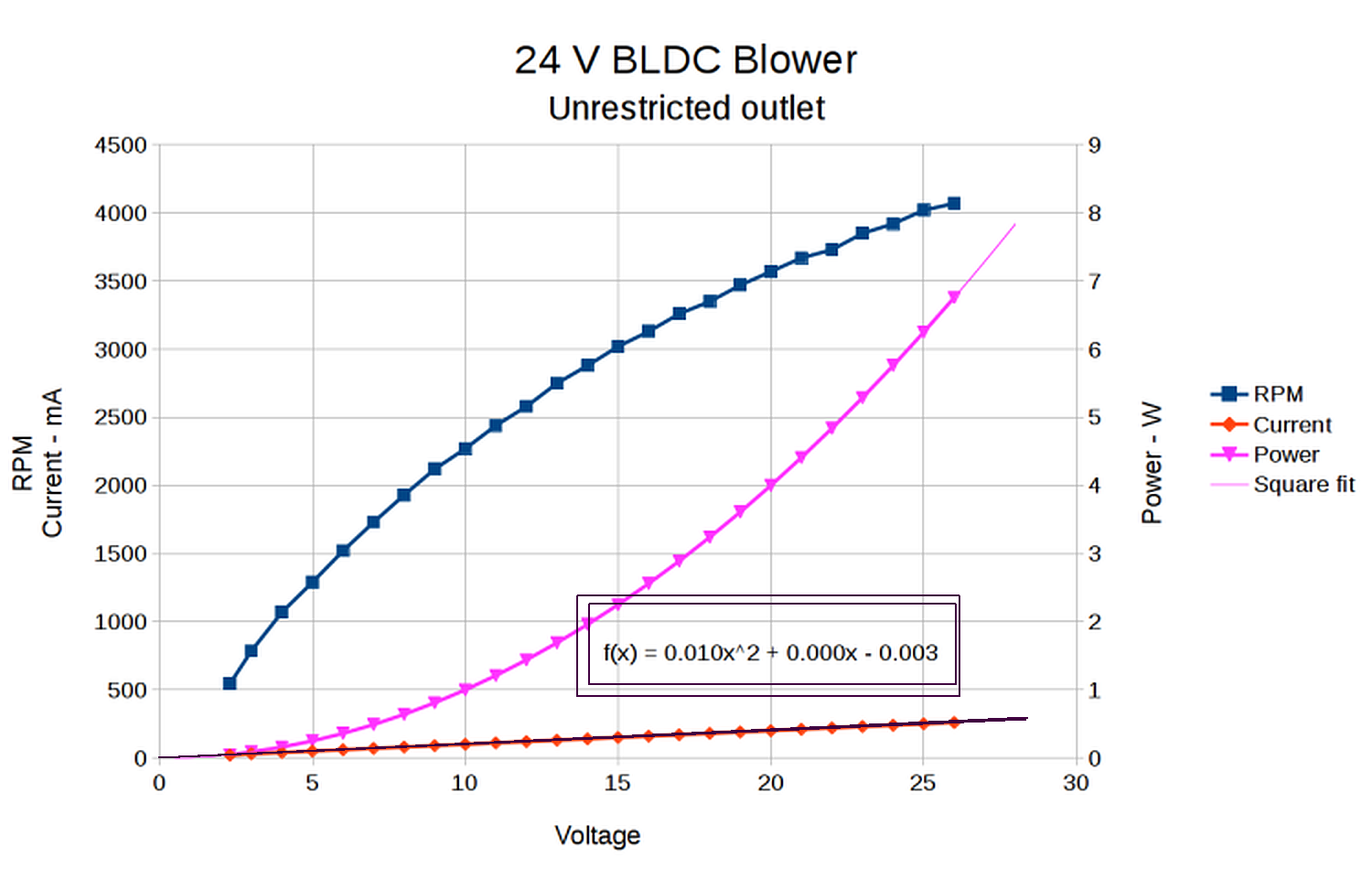 Note the linear slope of current with horizontal voltage and the f(x) quadratic equation has a 0 linear term for x.

I have done this successfully with 2 matched 24V fans on 48V supply with temp controlled variable LM317 current limiter using transistor to Vadj. This was for high volume production.

Here are some other examples.

Not the answer you're looking for? Browse other questions tagged power motor voltage-regulator dc or ask your own question.