It's said that electrolytic capacitors behave as inductors at high frequencies, which is why we put small ceramic caps in parallel with them:

Electrolytic, paper, or plastic film capacitors are a poor choice for decoupling at high frequencies; they basically consist of two sheets of metal foil separated by sheets of plastic or paper dielectric and formed into a roll. This kind of structure has considerable self inductance and acts more like an inductor than a capacitor at frequencies exceeding just a few MHz.

Yet I also see a few things like this:

The "inductance problem" associated with electros is another idiotic myth - they have no more inductance than a length of wire the same as the length of the cap.

A popular myth is that electros have considerable inductance because of the way the foil is wound inside the can. This is nonsense - the foils are usually joined at the ends in the much the same way as with film caps. High frequency performance usually extends to several MHz, even with standard off-the-shelf electros and bipolar (non-polarised electrolytic) caps.

What is the exact nature of this effect and in what applications and frequencies do we need to worry about it? What are the practical implications?

This effect is due to the effects of parasitic characteristics of the device. A capacitor has four basic parasitics:

A capacitor is really a capacitor in series with the resistances of its leads, the foil in the dielectric, and other small resistances. This means that the capacitor cannot truly discharge instantly, and also that it will heat up when repeatedly charged and discharged. This is an important parameter when designing power systems.

The dielectric is not ideal, so you can add a resistance in parallel with your capacitor. This is important in backup systems, and the leakage current of an electrolytic can be much greater than the current required to maintain RAM on a microcontroller.

This is usually of less interest than the other parameters, especially for electrolytics, for which leakage current overwhelms the effect. For large ceramics, you can imagine that there is an RC circuit in parallel with the capacitor. When the capacitor is charged for a long period of time, the imagined capacitor acquires a charge. If the capacitor is rapidly discharged for a brief period and subsequently returned to an open circuit, the parasitic capacitor begins to recharge the main capacitor.

By now, you shouldn't be too surprised that, if everything has capacitance as well as nonzero and non-infinite resistance, everything also has parasitic inductance. Whether these are significant is a function of frequency, which leads us to the topic of impedance.

We represent impedance by the letter Z. Impedance can be thought of like resistance, just in the frequency domain. In the same way that a resistance resists the flow of DC current, so does an impedance impede the flow of AC current. Just as resistance is V/R, if we integrate into the time domain, impedance is V(t)/ I(t).

You'll either have to do some calculus, or buy the following assertions about the impedance of a component with an applied sinusoidal voltage with a frequency of w:

What happens when we increase the frequency? A long time ago, our component was an electrolytic capacitor, so we'll assume that \$C\$ is very much greater than \$L\$. At first glance, we'd imagine that the ratios wouldn't change. But, some trivial (Note: This is a relative term) complex algebra shows a different outcome:

Well, that was fun, right? This is the kind of thing you do once, remember the answer, and then don't worry about it. What do we know from the last equation? Consider first the case where \$\omega\$ is small, \$L\$ is small, and \$C\$ is large. We have, approximately,

How about, second, your case (High-frequency electrolytic) where \$\omega\$ is large, \$L\$ is small, and \$C\$ is large. We have, approximately,

What happens if \$\omega^2 LC = 1\$? Then the impedance is zero!?!? Yes! This is called the resonant frequency - It's the point at the bottom of the curve you showed in your question. Why isn't it actually zero? Because of ESR.

TL,DR: Weird stuff happens when you increase the frequency a lot. Always follow the manufacturers' datasheets for decoupling your ICs, and get a good textbook or take a class if you need to do high speed stuff.

Anyone with access to an impedance meter (HP / Venable) can easily tell you that electrolytic capacitors certainly do become inductive at high frequencies.

This is part of the reason why you see a lot of ceramic capacitors used in high-frequency DC-DC converters - electrolytics simply aren't that good up in the hundreds of kilohertz / megahertz.

This is also why ceramic capacitors from 100nF - 1uF are commonly used as IC decouplers - an electrolytic cannot beat a small ceramic can because of its high-frequency impedance.

Question was not "if lytics are inductive", but why ? This is quite a puzzle, but comparison to ceramic caps plots for solid state chemistry can give a clue, that something is special for lytic caps only. So the question belongs to chemistry, not to electronics.

Increase of impedance after reaching minimum at high frequencies is caused by energy accumulated in form of rotating (or stretched/displaced) charged mass of large ions or polarized molecules. Each molecule in solution is acting like group of resonators (not just inductance) with sharp phase plot near several resonating frequencies.

There is interesting study about impedance measurement for pure water and metal ions in range of few MHz.

The key is that these have the form of a roll, which is similar to a coil, i.e. the current flows in circles. This causes a relatively high inductance.

Other capacitors have the form of sheets (ceramic) or of two surfaces on a porous material (tantal, supercaps), so they don't show this effect.

cool question - generally speaking a capacitor with capacitance C has an complex impedence with magnitude 1/(2*pi*f*C), fwiw. So at high frequencies a capacitor is supposed look like a short circuit (i.e. 0 ohms). I'm unfamiliar with the argument that they start to act like an inductor (which implies that at some point the impedence increases starts to increase with frequency, since an inductor of size L has a complex impedence with magnitude 2*pi*f*L... I guess I don't really buy it, but I have no basis for that.

In aluminum electrolytics the foils are not joined the way film caps are. This has to make induction high. However, there are always specials, so who knows? 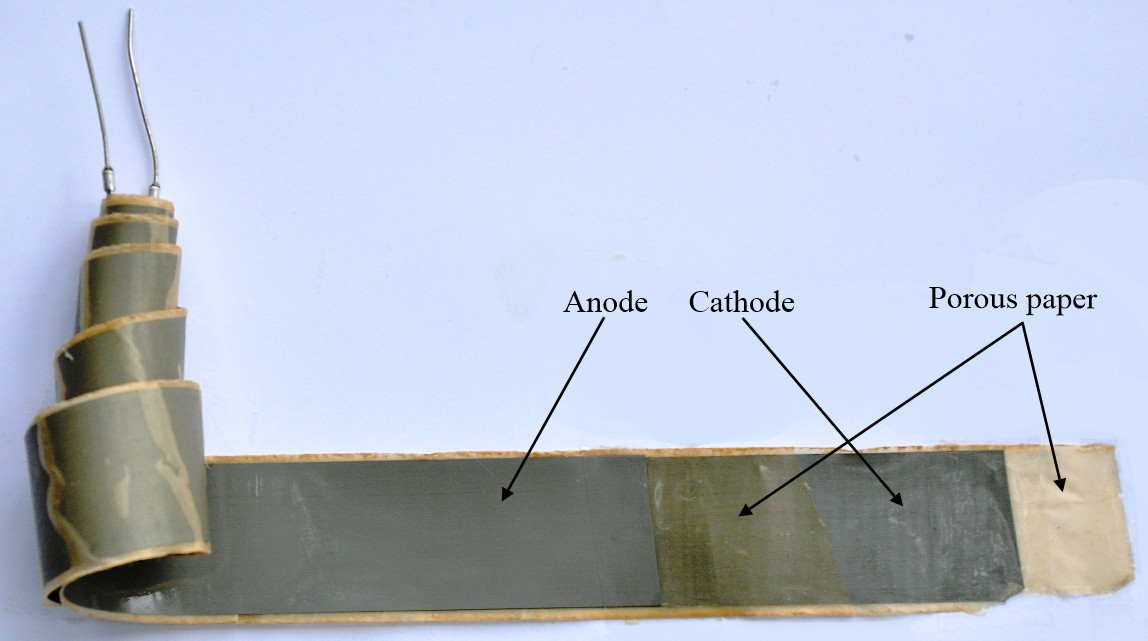 Not the answer you're looking for? Browse other questions tagged capacitor impedance or ask your own question.

64
What's the use of a decoupling capacitor near a reservoir capacitor?
43
Are decoupling capacitors needed with battery power?
15
Is a capacitor a high-pass filter or a band-pass filter?
11
Is it bad to connect multiple electrolytic smoothing capacitors in parallel?
6
Cap's on H-Bridge... Seem a bit redundant?
2
Timing Improvements to Silicon Photomultiplier Transimpedance Amplifier Circuit
4
Multiple nrf24l01, shared power, ripple/interference, DSO screenshot provided
1
Xbee series 2 drops off network without apparent cause - diagnostic suggestions?
1
Use of decoupling/bypass capacitors for LED controller