I am attempting to use this relay, the CC12, to turn the 120VAC power to a motor/motor controller on and off using a 24VDC signal (These voltages are specified in the datasheet.), and I've gotten rather lost as to which connectors to plug into what.

I know that the A1 and A2 input and output are the main power terminals, but other than that, I'm stuck. How would I achieve the result I have described?

I am providing a picture of the contactor here to give more context: 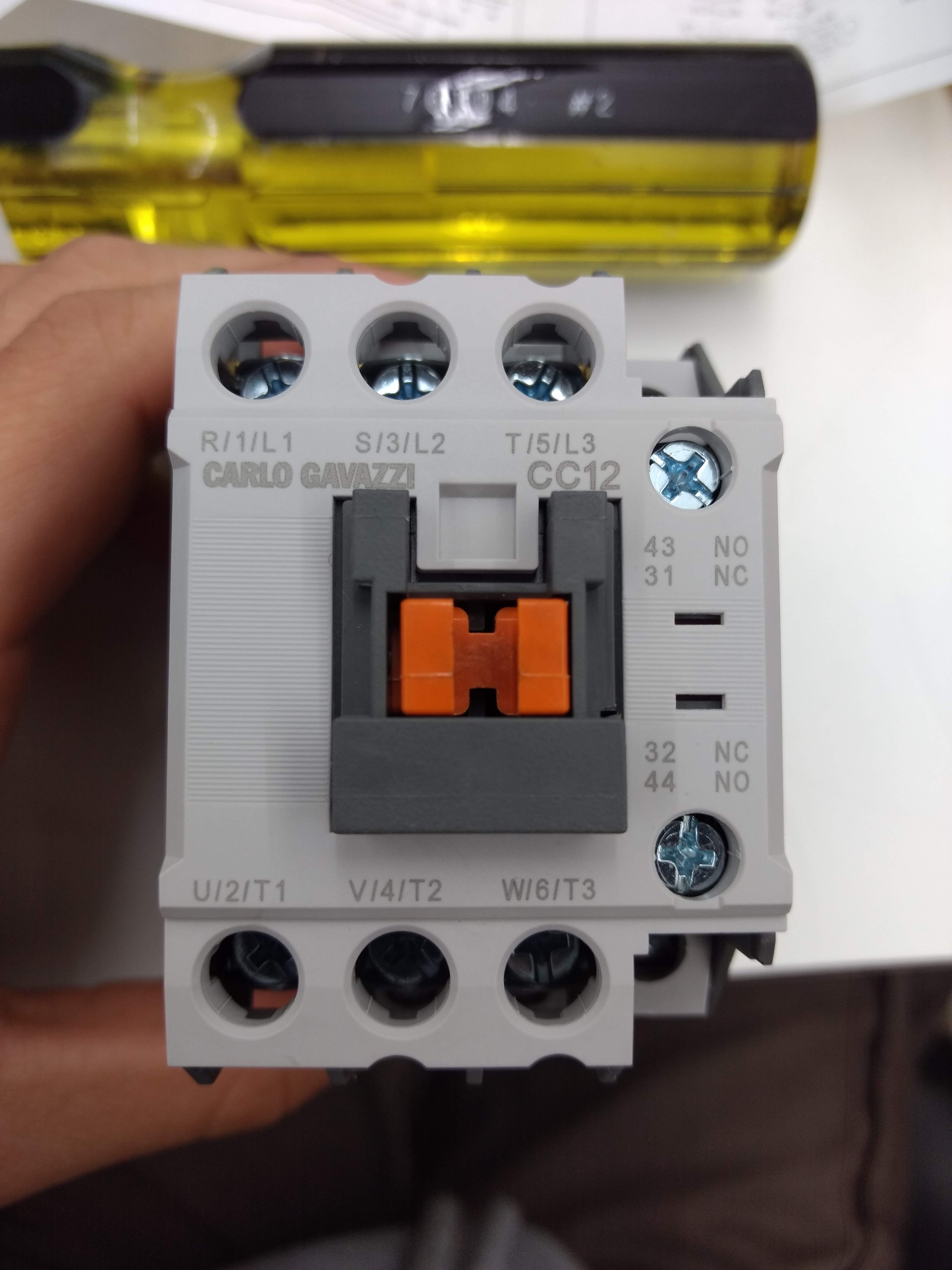 (The A1 and A2 inputs and outputs are on the sides, not shown in the picture.)

EDIT: I realized that a diagram I had included as part of my question didn't actually apply to the screw-terminal version of the contactor (which I have).

First a few clarifications, the contactor you posted is the CC12SA120, the A120 in that part number indicates a coil operated by 120VAC. So if this particular contactor pictured has a 24VDC coil, then the part should be the CC12SD24.

If you have 24VDC control and the contactor you are trying to connect is the 120VAC coil version then you would have to find a way to change your control voltage (not commenting on because I do not know your control setup), or purchase the correct contactor.

This contactor allows for a 3-phase connection but because of your reply in comment that this application is a single-phase 120VAC motor, you only need to use one set of terminals. I would suggest connecting your supply to L1 and the motor to T1.

Not the answer you're looking for? Browse other questions tagged power relay contactor or ask your own question.