Why are my p-channel mosfets cutting off in LTSpice even though Vgs is negative?

I'm running into a weird bug. Part of me thinks that it's LTSpice that's wrong, but that seems unlikely. I'm working on the circuit below, to be able to switch between feeding my voltage regulator from two different sources. 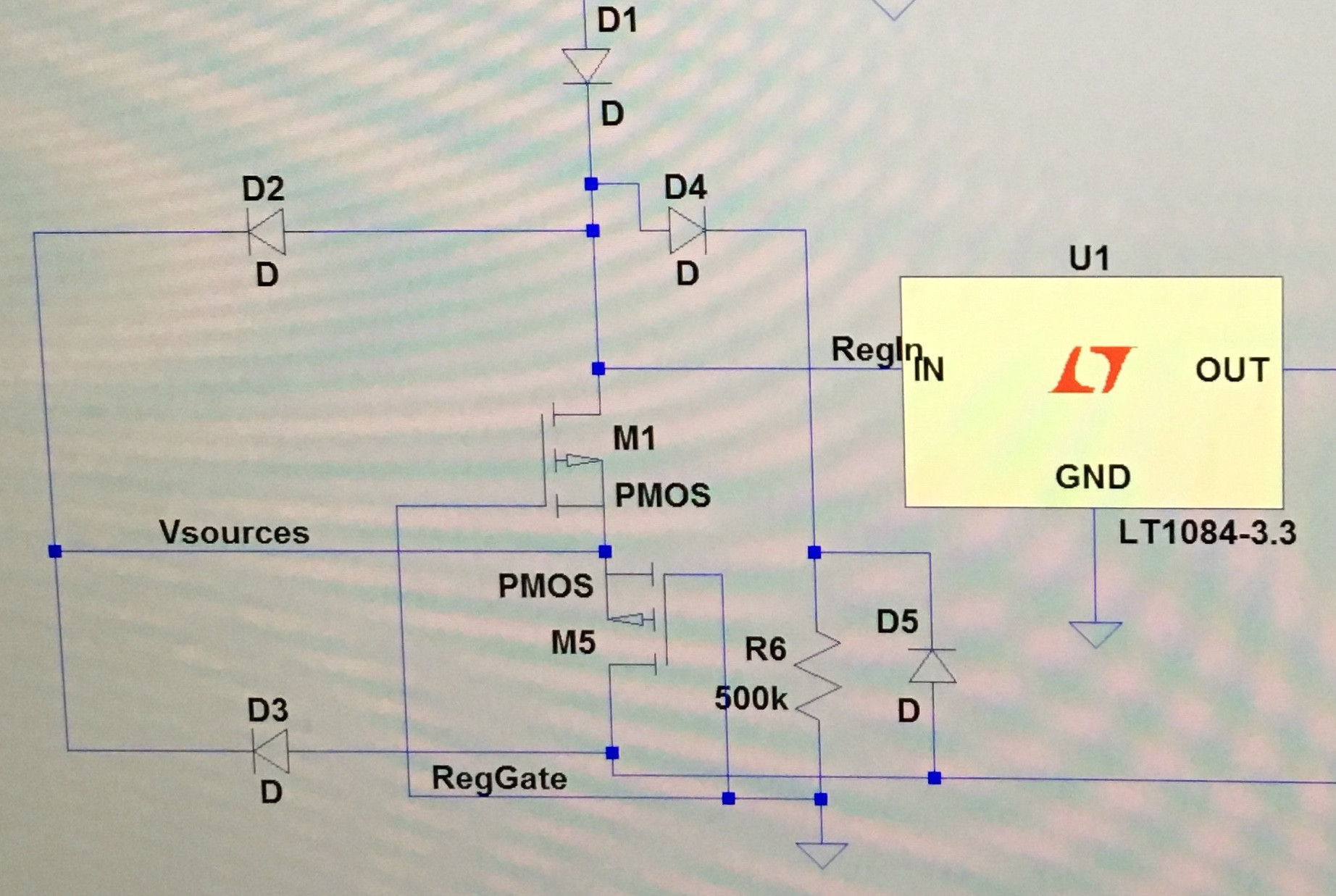 When I run this in my sim software (LTSpice), I see that VSources is 2.2V, but RegIn (the output of my two PMOS transistors) is ~50mV. This is with power source 1 (coming in from the top) floating, and power source 2 (coming in from the bottom right) at 3.3V. The GND at the very bottom is to simulate pulling a GPIO pin low to "open" the mosfet gates.

So I have Vgs = -2.2V, but the gates still appear to be closed. At first I thought that this was because of a high Vth on the mosfets, but I tested another pmos by isolating it and trying different voltage values on the Source input while pulling Gate low and probing Drain, and even Vgs values as low as 1V opened the gate enough to let voltage through to the drain.

So my core question: why are my pmos gates not opening even though Vgs=-2.2?

why are my pmos gates not opening even though Vgs=-2.2?

They are opening, but you have selected the default PMOSFET which is very weak. here is a plot of ID vs. VDS with VGS = 2.2V. The FET is saturated at only 50uA. 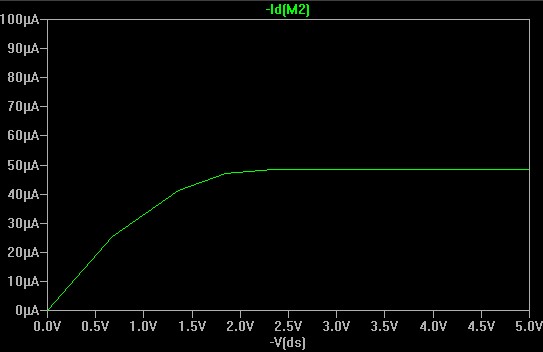 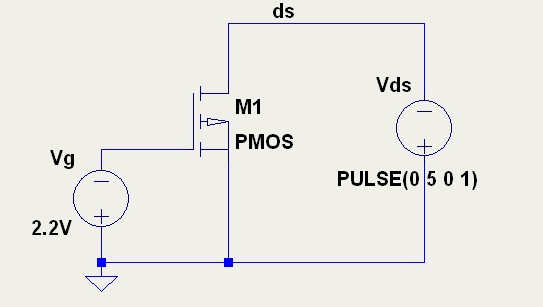 To switch higher current you need a FET which has much lower RDSon so it stays in the 'linear' region. Right-click on the PMOS symbol and pick a New MOSFET with appropriate parameters, eg.:- 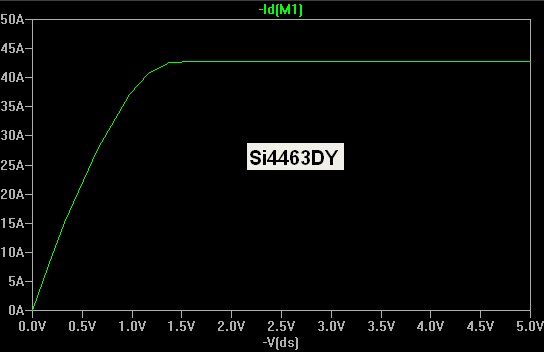 The SI4463DY drops less than 0.1V at 5A, so it should easily handle the maximum expected load current in your circuit.

Not the answer you're looking for? Browse other questions tagged simulation ltspice pmos or ask your own question.