Bridge Rectifier as Load for an SSR Circuit

Somehow, I wanted to control the power to a bridge rectifier. I had two ideas in my mind: 1- Using a PCB mounted power relay driven by a transistor (is isolation maintained?) 2- Using a SSR, i.e, a power triac driven by a optotriac as shown below

In both cases, I would have to place a NTC thermistor to limit the inrush. Now, the idea I chose was the SSR, no tested yet. But someone told me:

Zero crossing will work for the first 1/4 cycle, but then a) There will be no current flow to the "zero-volt switch" IC for it to know when the zero-cross happens, because "2200uF" is charged to 170V & all bridge diodes are reverse biased. b) Even if a firing pulse is given to triac @ zero-cross, it will not latch-on, because the available current is below "hold-on" current for Triac 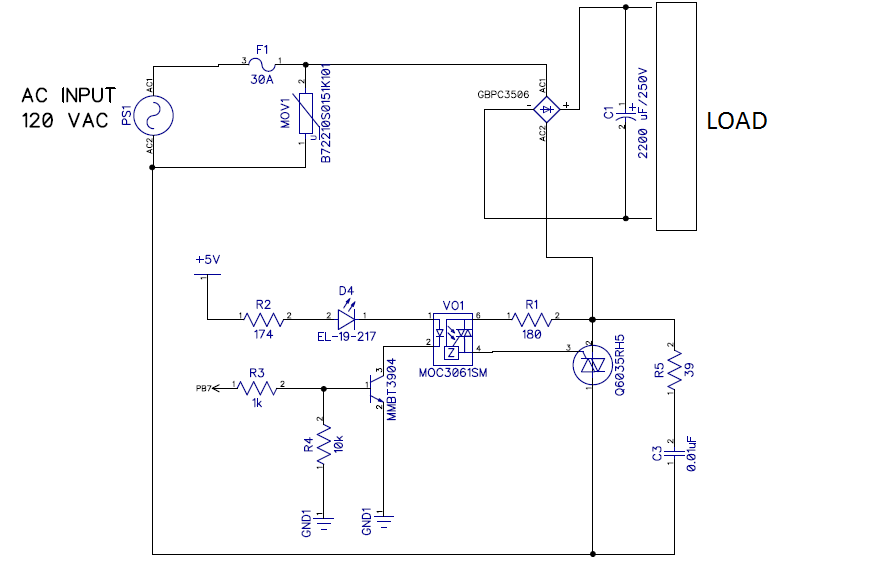 It's true what you heard but is it that big of a deal? If the load is very light it won't need to draw much current but, the voltage at the output of the bridge will still be 170 volts because the capacitor has charged to that voltage.

As load current consumes energy from the capacitor, the DC voltage will drop and the next positive or negative AC cycle will replenish the charge in the capacitor should the holding current be exceeded. If not that cycle then the next or the one after that.

If the load is "normal" i.e. sufficient to discharge the capacitor between charging peaks then it's highly likely that the triac holding current will be exceeded in the next cycle.

However, if you hope to remove the voltage from a very light load in order to deactivate it, this could take several seconds to discharge the capacitor down to 0 volts.