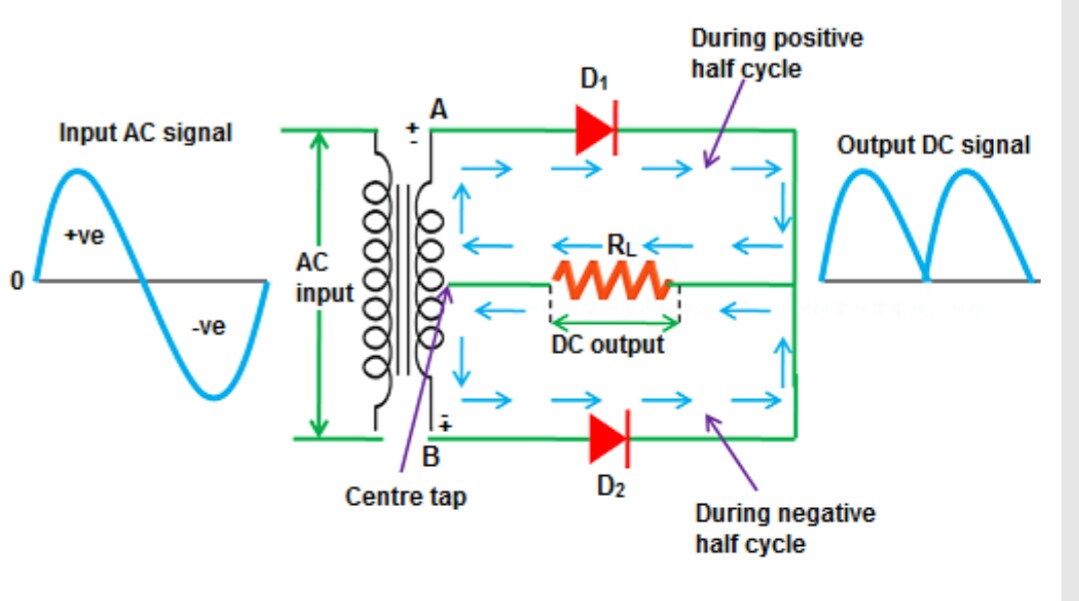 How this negative current is converted into positive DC current?

That schematic is confusing as it appears that everything is happening simultaneously. Let's look at each half-cycle of the AC supply.

The end result is that a pulse of current is alternately given by the upper and lower diode on each half-cycle of the AC supply voltage.

Figure 2. Schematic redrawn in same format as that in the question. 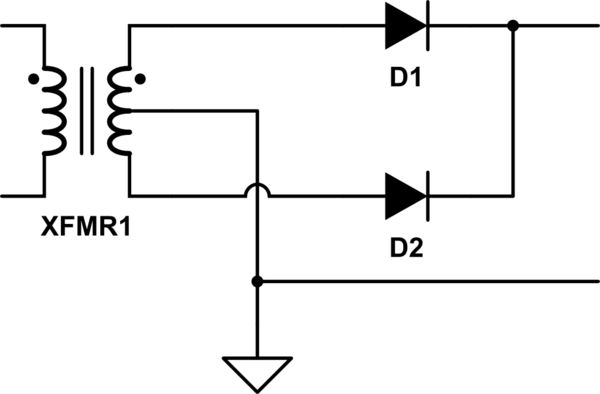 How this negative current is converted into positive DC current?

The words are confusing, because current is induced (not converted) by the mutual inductor, the transformer. And, 'positive' current just means (by convention) current going clockwise in a circuit diagram. The diagram can be drawn as a mirror-image, without changing the circuit to which it refers, so positive or negative current is just... a conventional direction-naming scheme.

The load resistor, therefore, can be part of an active CW and also an active CCW current-carrying secondary circuit. We use a completely different convention when calling its current positive or negative, and that is the right-to-left current direction being positive.

Then you look at the rectifiers: those diodes allow only positive current in the resistor. This, we call DC (because the resistor current does not change its direction).