(ACTUAL QUESTION IS AT THE BOTTOM)

I am a beginner in electronics and am learning more day-by-day to my best. I first got interested in Nixie tubes a few years back, so those are what I play around with, as they sparkef my curiosity.

I have been using this circuit I came up with: 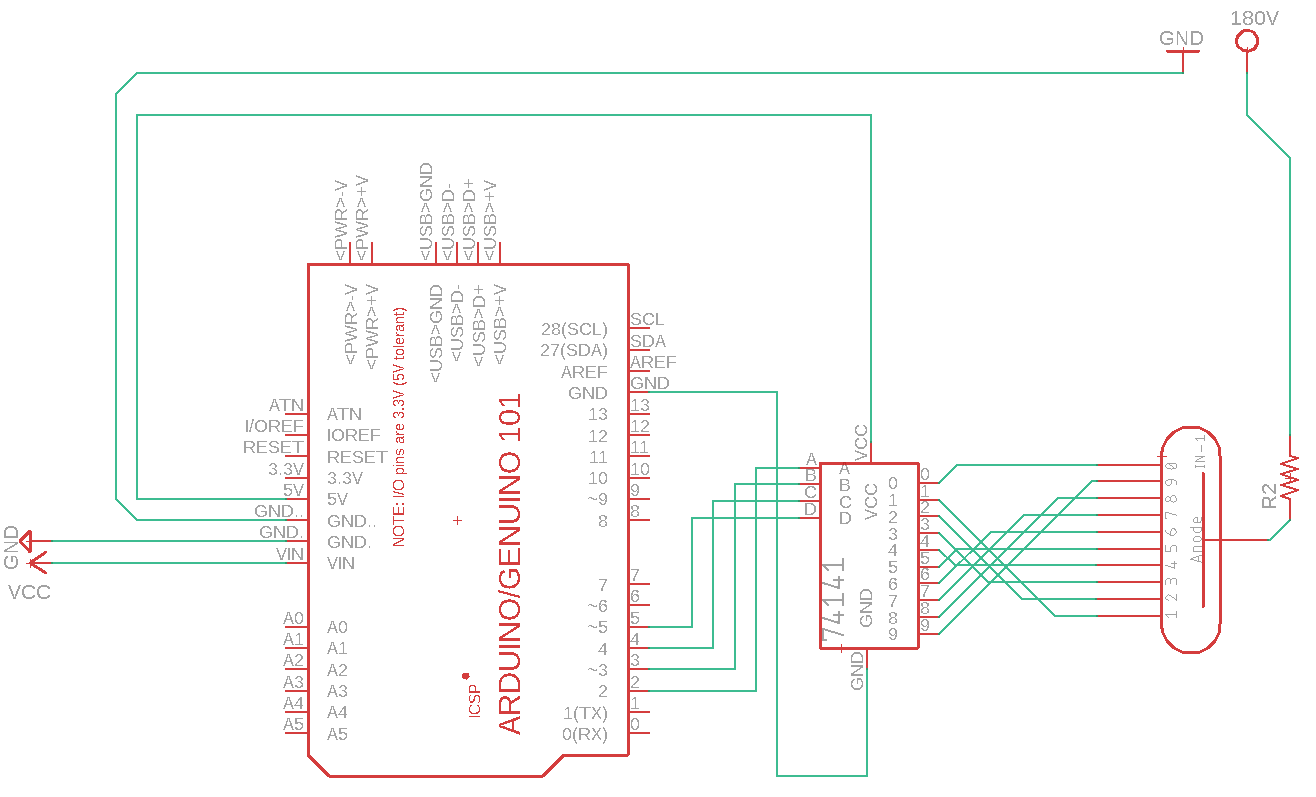 But I have found that, for some reason, when I had started using some new breadboard I had bought, that, suddenly, the circuit did not work. I removed it all and put it back together on my old breadboard and found that it did the same; all of the digits would be lit up at the same time save for one or two and would barely flicker. I did not think to swap out the 74141 for some of the other ones I havhavbut instead I decided to swap the tube for some LED's as I have before done using the same layout; all of the anodes connected together, sharing one common resistor: 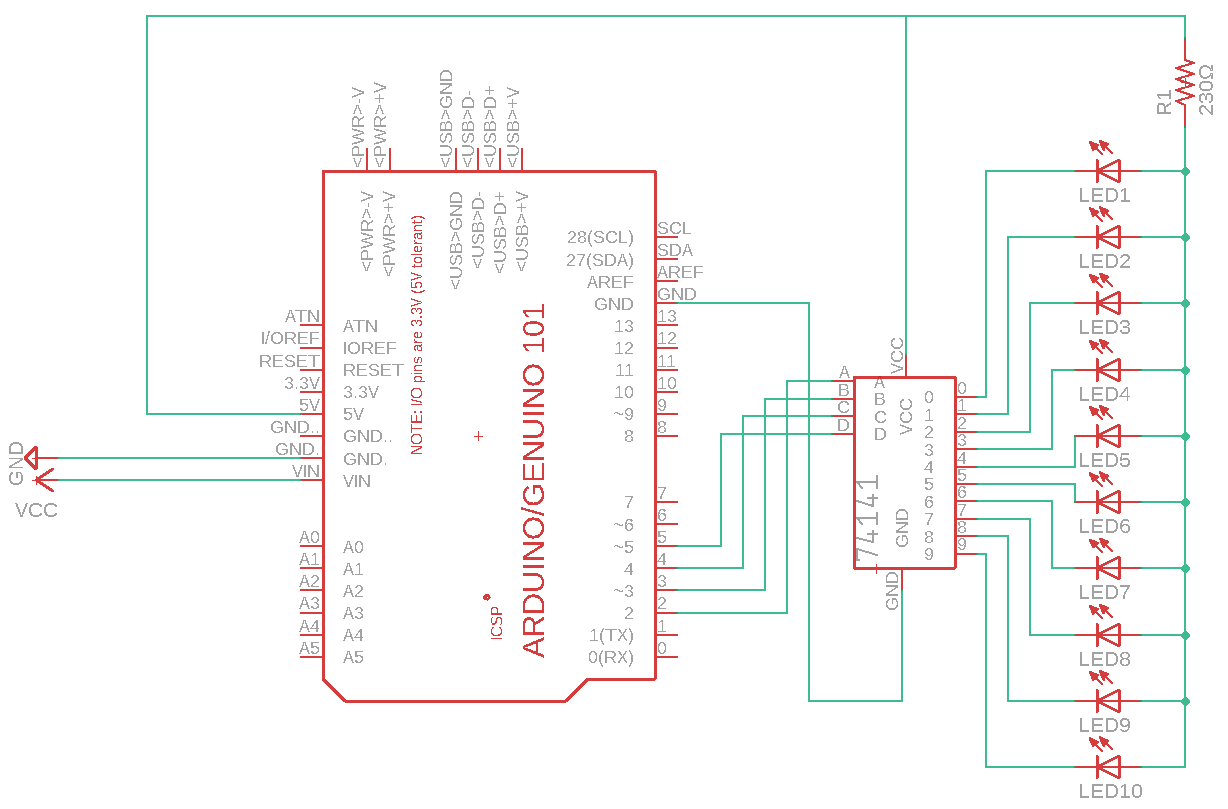 It was at this point I saw that a handful of the LED's barely lit, others cycled through my test program, but LED #6, on pin 10 of the 74141 stayed on no matter what. Frustrated, I undid the entire circuit and redid it still the same thing. I have no idea why, but I decided to swap out the 74141 for another; it works perfectly; testing both multiplexing and just normal half-second cycle through, as should be expected.

Exposition out of the way, IS THERE ANY WAY I COULD HAVE DAMAGED IT WITH MY CIRCUIT? Or perhaps just something random with the IC itself; it's not old (it's datecode is 1540--fortieth week of the 2015.) Some are still producing the K155ID1 in Russia for some reason. Perhaps dropping it? Or accidentally swapping the VCC and GND for it?

You may be interested that you can just use npn transistors. This arrangement lets you use 7 pins to drive all 10 nixie digits. Off bases must be driven low. On a pcb, this is just 5 dual BC846 transistor packages. 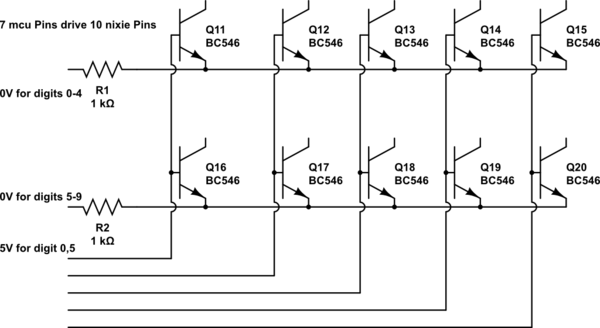 It is possible to drive 10 digits with only 6 pins, but 6 resistors are needed.

Not the answer you're looking for? Browse other questions tagged integrated-circuit high-voltage nixie or ask your own question.

5
I need some component selection help with a nixie tube AVR speedometer
2
MOT Power supply issues
4
How to drive nixie tubes from Arduino
0
Nixie IC Pin why would it be connected?
3
Nixie tubes displaying multiple number simultaneously
1
Controlling multiple LEDs with Arduino and TLC5940NT
26
Help identify the IC manufacturer: is it really possible that these ICs from the 60's just made a comeback (К155ИД1)?
1
Nixie Tube driver ICs keep dying