I am a total beginner when it comes to communicating to your electronic devices using python.

I was able to send basic commands to TBS2000 series oscilloscope using "Open Choice Talker Listner" as shown in the image below.

I was googling 'how to control your oscilloscope using python' but have not been successful so far.

I guess there's plenty of information available online but for a beginner like myself, its been posing a huge mountain to climb.

Would anyone be so kind as to point me in the right direction of where to find such information, and maybe even post a simple script as an example? 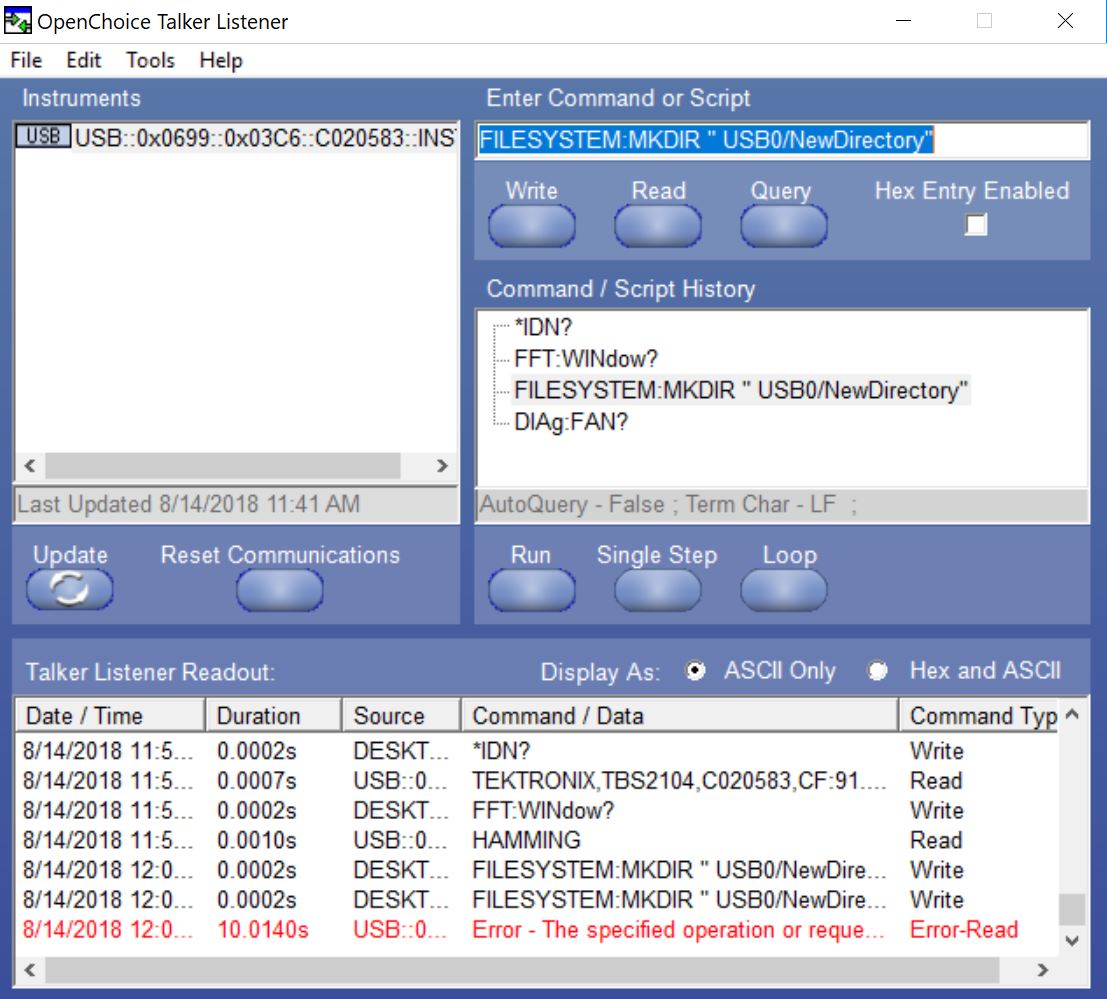 The interface is called VISA

Virtual instrument software architecture, commonly known as VISA, is a widely used I/O API in the test and measurement (T&M) industry for communicating with instruments from a computer. VISA is an industry standard implemented by several T&M companies, such as, Anritsu, Bustec, Keysight Technologies, Kikusui, National Instruments, Rohde & Schwarz, and Tektronix.

The VISA library has standardized the presentation of its operations over several software reuse mechanisms, including through a C API exposed from Windows DLL, visa32.dll, over the Microsoft COM technology, and through a .NET API. Although there are several VISA vendors and implementations, applications written against VISA are (nominally) vendor-interchangeable thanks to the standardization of VISA's presentation and operations/capabilities. Implementations from specific vendors[specify] are also available for less common programming languages[specify] and software reuse technologies.

There is a python package available to use VISA, whether it works for your scope is another matter.

Not the answer you're looking for? Browse other questions tagged oscilloscope interface python windows or ask your own question.

3
Passing data from Python to Arduino over ethernet
0
Arduino serial via python not working
0
USB Solarpanel read current with python?
0
Hardware accelleration for Python dict?
4
Emulating Old Tektronix Coded Probes
0
How to talk with RTC hardware by Python?
1
How to set the Tektronix oscilloscope for pre-triggering?
0
Tektronix MSO4104B oscilloscope SCPI command to add a measurement