I am working on an automotive project where we are using an LED as an indicator for the operation of an engine cooling fan, which is turned on and off automatically by the vehicle's ECM.

We tried installing a relay but the actions reverse and only the LED turns on, but not the cooling fan; is there a simple solution for this?

Your best bet is to use a linear current regulator with an enable input. A PWM input often can be used as an Enable.

You would would turn the LED off an on with the Enable/PWM input. 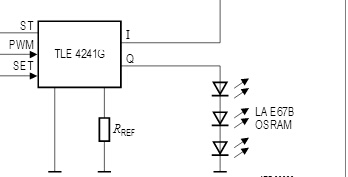 Not the answer you're looking for? Browse other questions tagged led automotive indicator or ask your own question.