I am interested in building a simple but sensitive setup that would allow me to detect small potential changes (adsorption of ions) on the surface of the gate of a MOSFET - what is commonly referred to as an extended gate FET.

As a reference, see for example this figure from a research article (Song et al, Phys Rev E, 2006): 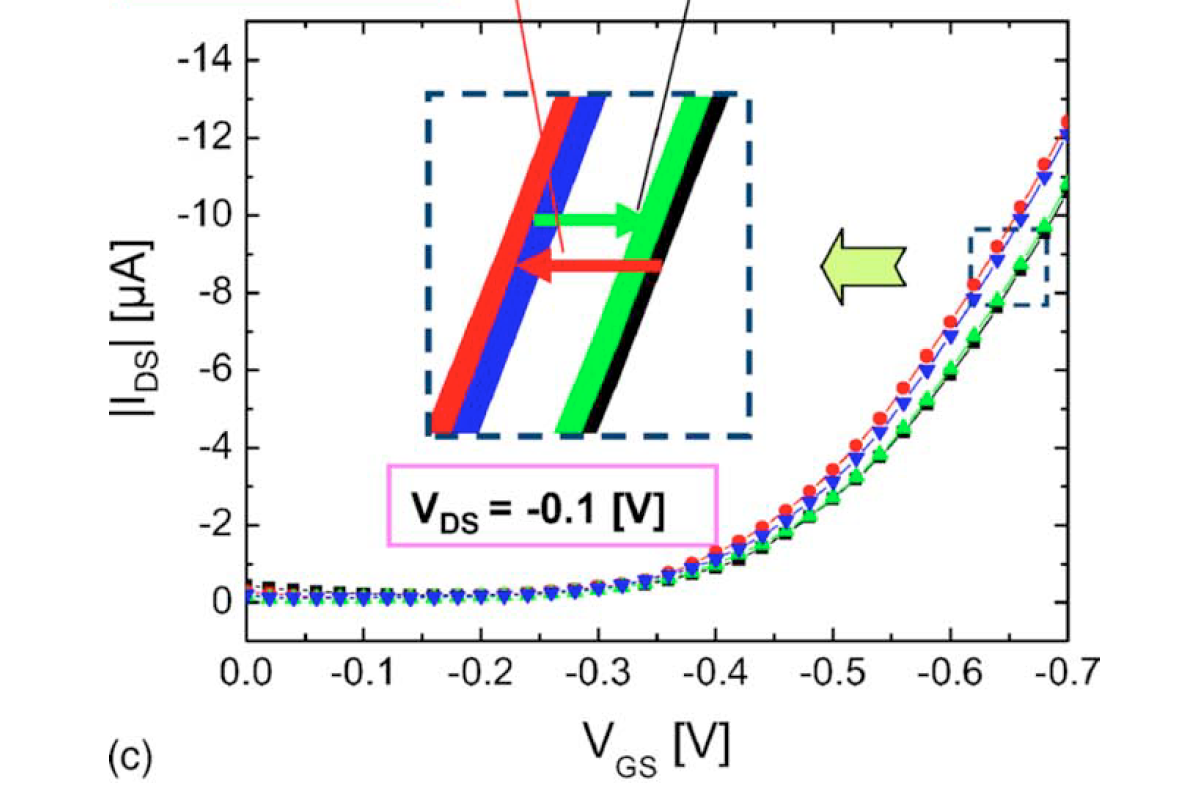 The idea is to shift Vth and detect that change because Vgs remains identical.

The extension of the gate is in contact with a solution containing the analytes, and the bias is provided at a reference electrode in the same solution.

From what I have understood, a common drain amplifier seems to be the best option to have a straightforward relationship between Vg and the measured Vs. A large resistance (R) is used to maximize the voltage drop across R. Stop me if anything makes no sense here. 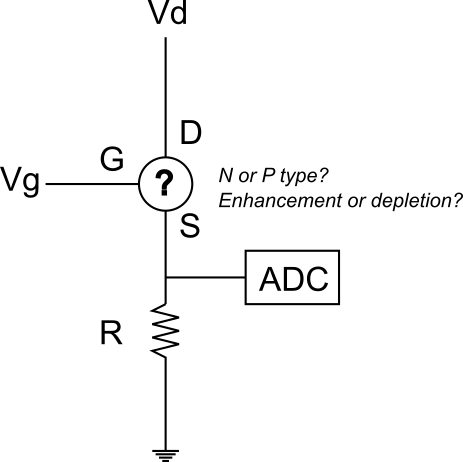 I am unsure as to how to choose the MOSFET and the various parameters for maximal sensitivity and dynamic range. Importantly I want to use an "almost low-cost" equipment so I cannot observe current changes (usually very small) but rather changes in voltage at the source. Let's assume for the sake of this question that I have a good ADC.

My questions are therefore:

Thank you for any advice or comments on this question!

Your graph would seem to show a p-enhancement fet.(Vgs is -ve for increasing IDD)

Perhaps the polarity of the gate has some effect in attracting/repelling the ions from the active gate selective coating area.

Yes the fet will be in saturation, i.e. operating as a constant current source.

I would expect that you would have a pair of matched fets on the die, with one exposed to ions and the other shielded from them. By doing that you get first order thermal compensation.

An actual IC circuit probably looks like an opamp input stage, and quite different to how you would do it outside of an IC.

This is a pfet version. Pay attention to the polarities. The opamp creates a "virtual earth" i.e. it always hold the source/-ve input at 0V. So VGS is not affected by the current 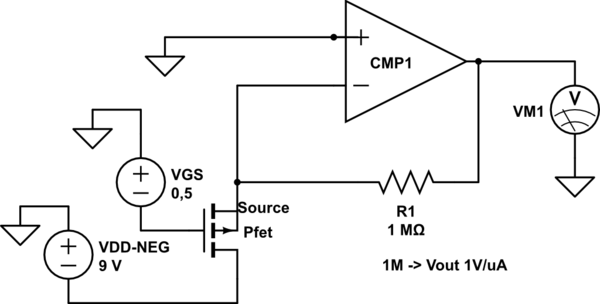 Not the answer you're looking for? Browse other questions tagged mosfet sensor gate-driving source-follower or ask your own question.

7
MOSFET Rds(on) question
3
MOSFET Gate-Source protection question
0
Why does drain current stop increasing after a certain value of gate voltage is obtained by a MOSFET?
4
MOSFET Oscillations when bringing gate to same potential as drain
1
Drain to Source Current Waveform on Mosfet is Slow
0
How does the substrate voltage change the state of the MOSFET?
0
Mosfet Voltage Gain in common-source configuration
0
MOSFET goes into saturation mode much later
0
Vdg in Mosfet Datasheet
0
MOSFET Gate voltage