I'm trying to build a circuit, that would turn the Arduino on by a PIR sensor, take the picture by ArduCam, then transfer it onto a webserver.

I got the SW site covered by now, so that is not a big deal:

Now the real deal - hardware connections. Right now, the GSM modem is stacked on Arduino, and to that is connected the camera. GSM modem has three possible ways of powering it- Vin, 5V and USB. Right now, despite it's stacked, it is also powered by the microusb port from the same powerbank, and that seems to be working, because otherwise it crashes during connection, even if I connect it (that stack) to a single 2.4A port.

I want to make it work like this, except that the Arduino would wake up on signal from PIR motion detector, but not like "through interrupts", but like, cold-boot.

To achieve this, I thought about placing a MOSFET, connected to the output of that PIR, which would work as a switch. The thing is, it would also need to be "kept alive" by arduino, so basically I thought about some diodes from digital pin and the output from PIR. Am I right in my way of thinking, or there is something I should change. Seemed doable at first, but I got lost in the forest of MOSFETs and diodes. Which ones should I choose? Is there any better way of connecting it than just stacking them? Also, it's the only possible option of powering it, since it would be in remote location, so no power adapters or some special batteries that would require the second arduino to make use of them.

As for now it seems to be working when its connected to both USB ports. Assuming that I can turn off the modem from Arduino, it shouldn't draw too much power, so basically my question boils down to "What transistor should I choose, that would turn on the arduino on signal from PIR"?

Also I'm attaching a picture where I tried to describe it as best as I could. 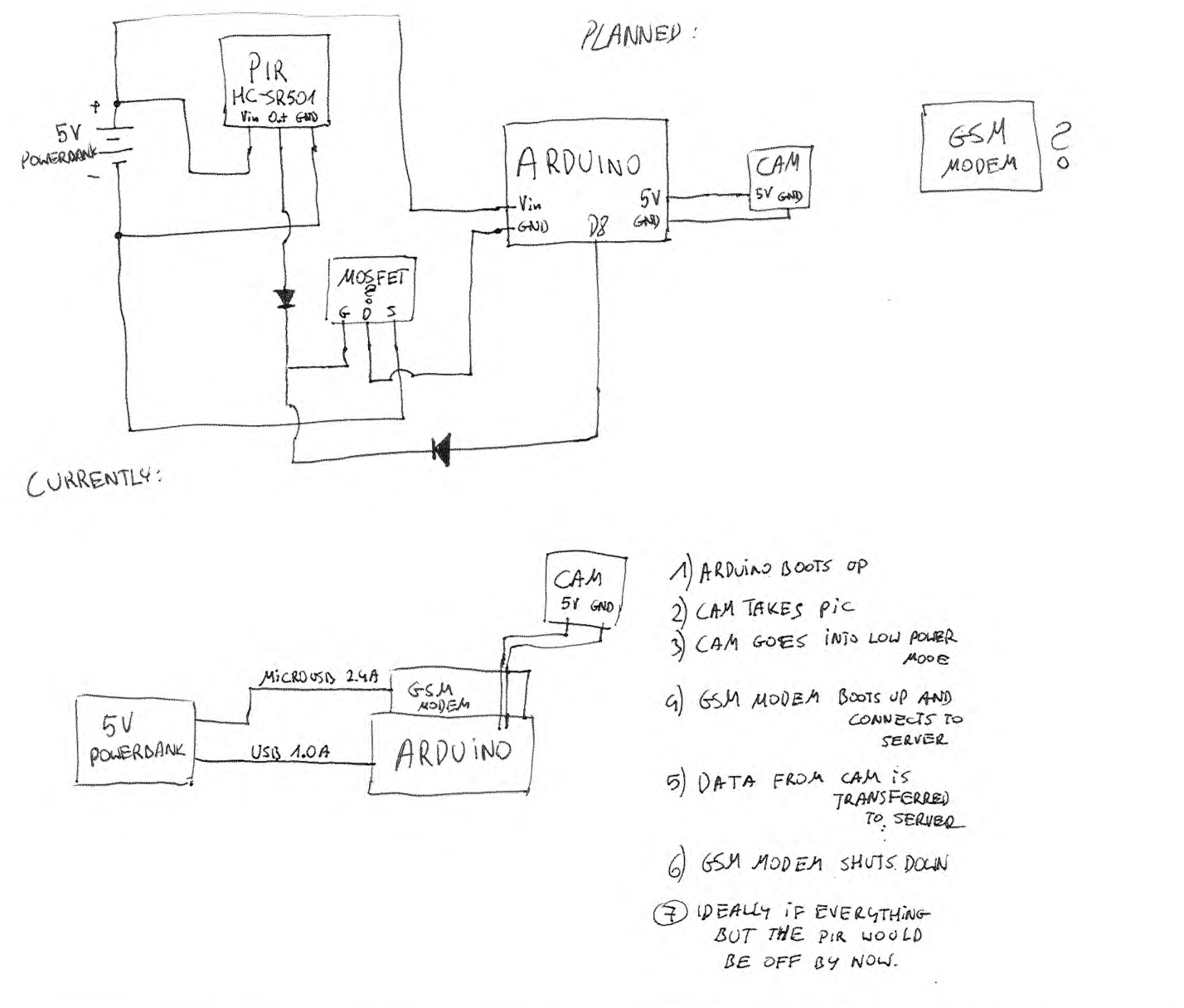 Browse other questions tagged arduino power transistors or ask your own question.