For a home project I'm making a controller to drive a two-direction 230V motor. For those unfamiliar with this, it is a motor with two windings; when you power one of them the motor turns clockwise, when you power the second it turns counterclockwise.

For this project, space is very critical; please keep this in mind when replying.

END OF THE SUM UP

So, now I need to detect whether the 230V is present on the two contacts. The circuit must be insulated from the 230V.

What I thought of was the following circuit: 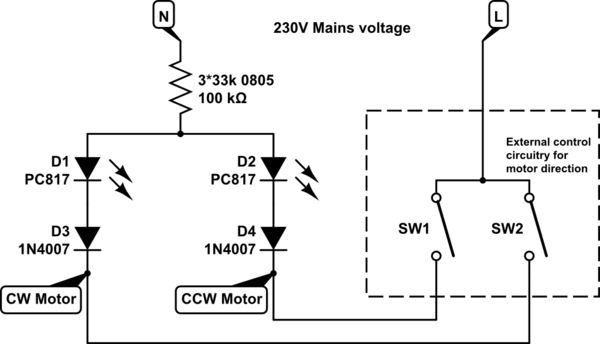 (I'm not sure about the 100k, I have to get the schematic of a former project I did, and the 1N4007 are instead their SMD alternatives. The PC817 are optocouplers, and I draw them as LED since the other part of them is not meaningful for this topic).

I put 3 0805 resistors in series to comply with the power and voltage ratings, but I preferred to share them with the LED/Diode because, well, space.

Do you think this is ok? Do you have any improvement or problems which can arise in your opinion?

EDIT: Ok, I made some measurements following the first answer. And these are the results. It took me a while since I had to buy 100:1 probes. 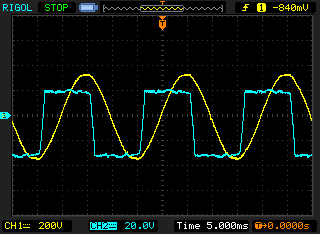 Please note that the two scales are not equal; the square wave is 10 times more magnified than the sine.

I then modeled the two waves as a sine wave at 50 Hz (with a bit of phase shift) and a square wave with slow transients (values are taken roughly). This is the comparison between the two waves and the corresponding modeled values 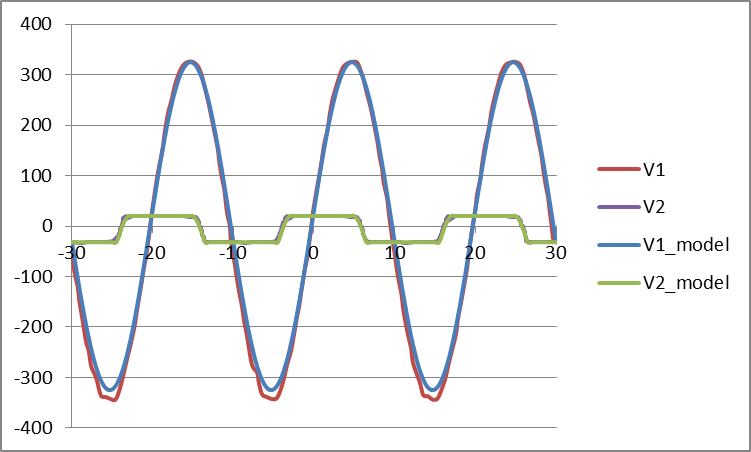 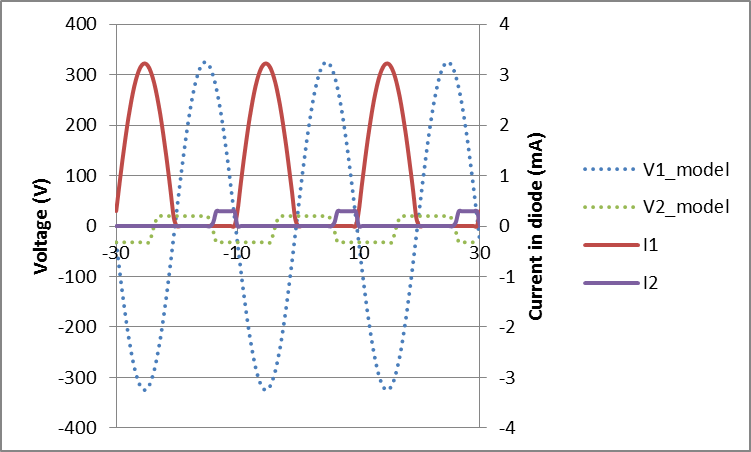 I think the "activation" current will be at least 500uA (and, after all, it can be modified changing the pull-up value on the digital side of the opto-coupler). Since the two values are so different, I think there should be no problems detecting only the main "wave"

This won't work as well as you expect.

This type of motor is a split-phase capacitor-run motor. It has a capacitor connected between the two L connections. You apply line voltage to one connection, and the other one gets a voltage that's delayed by the capacitor, creating a phase shift that determines the rotation direction.

In other words, both terminals will have AC voltage on them, regardless of which way the motor is running.

Not the answer you're looking for? Browse other questions tagged mains opto-isolator sensing or ask your own question.