Understanding the Practical Application of a Simple Antenna made from Coax

I am here today to gain a deeper understanding of the fundamentals of using antennas in RC applications. I am trying to understand what exactly is going on with a particular 2.4GHz receiver a picture of which is attached. 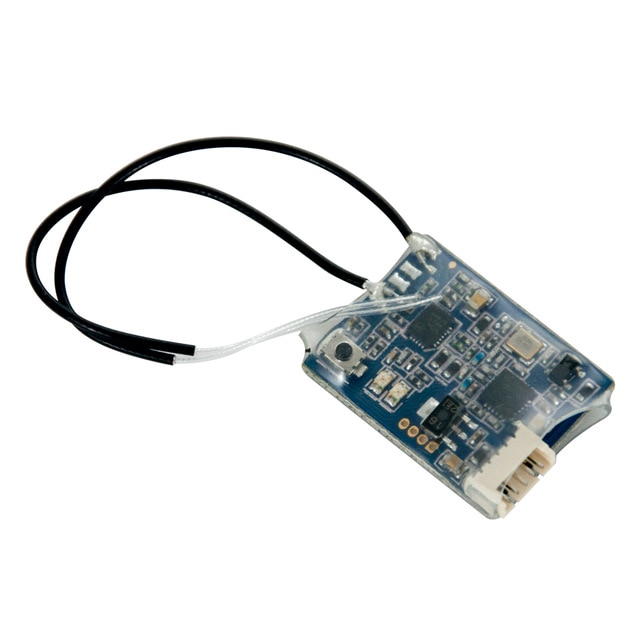 It's somewhat difficult to see, but these are 2 small coax wires soldered to the board with the center conductors soldered to pads separate from the shielding (obviously) which I assume is just grounded. So I have 2 questions:

What these two do, whether they just form a dipole together, or are two separate monopoles (with bad ground) is impossible to tell based on the info we have.

I find it less likely they form a dipole.

Maybe there's just one receive and one transmit antenna, to save on a directional coupler or antenna switch.

Maybe these antennas are there for diversity reasons â€“ for example, to decrease the likelihood that all antennas you have are subject to fading, you just use more antennas. \$P(\text{all antennas faded}) < P(\text{at least one antenna is OK})\$

I'll nitpick on your terminology for a second, because it makes a difference later:

Together with the center conductor and the dielectric material, it forms a waveguide.

Specifically, if you were to cut the wire down (significantly changing the overall length of wire) but strip away shielding such that the exposed length of center conductor is unchanged, how would this effect the performance of the antenna?

Impossible to tell. The coax might be somewhere between impedance of the trace on the PCB and the monopole feedpoint impedance, and act as e.g. a \$\frac\lambda4\$ impedance transformer. In that case, the length of the isolated part is critical.

Maybe it's just a best-effort matched transmission line, and changing the length of it doesn't affect the impedance.

But: in my theory (two separate monopoles), these antennas are separate for a reason (typically, diversity to increase robustness or speed of transmission); making their leads shorter would put the antennas closer together, which would have negative effects on channel independence, and hence, on performance.

Not the answer you're looking for? Browse other questions tagged rf antenna radio or ask your own question.

4
Antenna Parallel to High Voltage Line Has AC Current - Is It Acting as an Inductor?
3
Updated. Extending Range of a microstrip antenna with a SMA 2.4GHz Omni Direction 20db wifi antenna
3
Dipole Sleeve Antenna design in fresh water - Transmission frequency and emitted power?
2
Do conductors in the reactive near field of an antenna cause loss?
1
How can I plug my homemade Yagi Antenna into a wifi USB dongle?
2
Why do rubber duck antennas have this metal part, while other antennas do not?
0
Understanding Dipole vs Commercially available antennas
3
What kind of structure is this small GSM antenna?
5
Why is a coaxial cable unbalanced?