What is the analytical way of drawing x(t) for two given starting points? I only received this solution, which I can somehow understand in this case: 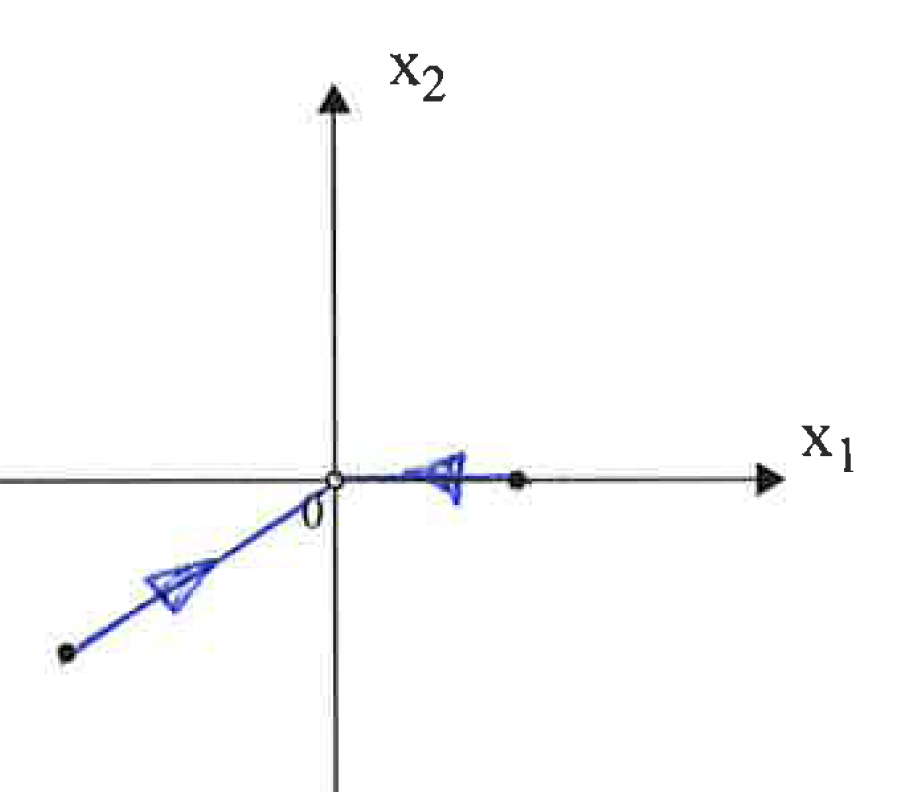 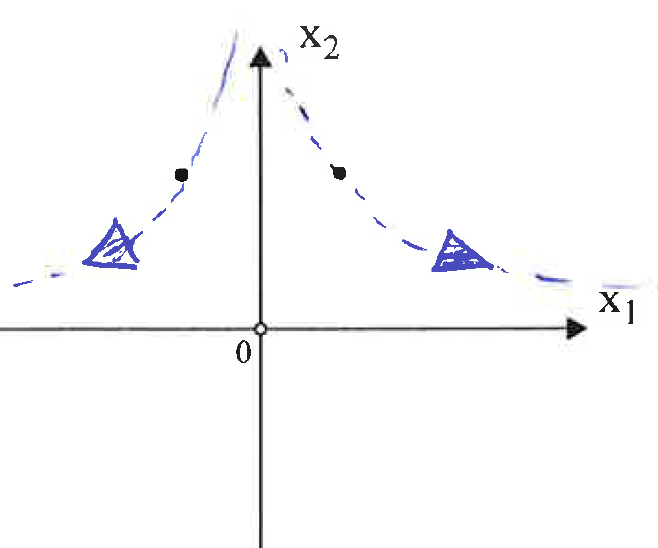 To solve this exercise I tried to find a connection (like the C before). The equations for $x_1$ and $x_2$ both have difference coefficients. Besides the starting point they have a factor of $e^{4}$ in difference.

Of course the math seems legit, but the same solution could have applied in the exercise before, which would have led to something different. Is there a mistake, or why is this the proper way?

Correct assumption. For example, see the plot below representing two state space trajectories starting from t = 0 with initial states (-0.5; 0.3) and (0.5; 0.3) and identical eigenvalues you provided: 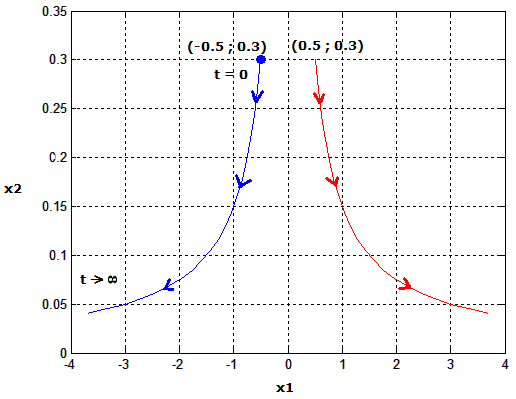 Not the answer you're looking for? Browse other questions tagged control control-system math or ask your own question.

2
Block Diagrams with offset in control theory
0
So how do control engineers control nonlinear plant with exponential output?
6
Control theory: is there any actual application for D in ABCD matrix?
0
Quick question about a closed loop control system
0
Cancelling transient state in RLC circuit
0
Jordan Canonical Form matrix
0
Is the system's pole movable?
0
What is the mathematical difference between a transfer function and a state transition matrix?
1
Automatic control - linearization with two states