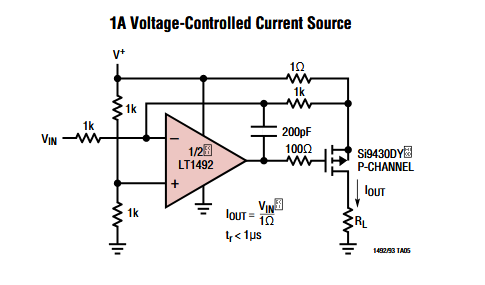 I have two questions about it:

2) Why they use voltage divider connected to non-inverting input and apply reference voltage to inverting input ? Here's an example of current sink schematic diagram with the same OP AMP. I'm assuming current sourcing can be done by "inverting" this circuit. Is it so ? 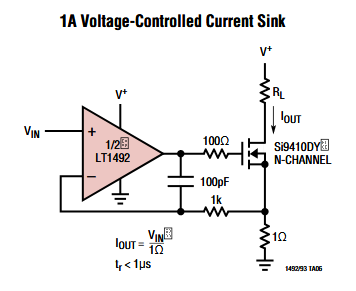 is it a good idea to add 10V zener diode between source and gate to protect MOSFET?

It wouldn't hurt. You'll want to make sure that the maximum current through the Zener isn't enough to burn out the op-amp if this protection circuit ever operates (for example if RL is broken giving an open-circuit output).

You could also just add a resistor between gate and source, so that the divider between the existing 100 ohm resistor (whose value you'll want to increase and your new resistor never allows Vgs < -20 V. You'll slightly degrade the accuracy of the output current since the current through the resistor divider will be counted by the sense circuit but not go through your load. You might also need to recheck the circuit's phase margin with this arrangement.

I'm assuming current sourcing can be done by "inverting" this circuit. Is it so ?

Not the answer you're looking for? Browse other questions tagged operational-amplifier current-source single-supply-op-amp current-sink or ask your own question.