Shown below is the circuit I would like to implement. (the circuit is from this paper).

Basically, it's a circuit designed to cut off voltage when electrochemical etching is done. The sudden drop in current flow is taken as the signal to stop the voltage bias.

I circled the two parts I would like to better understand. 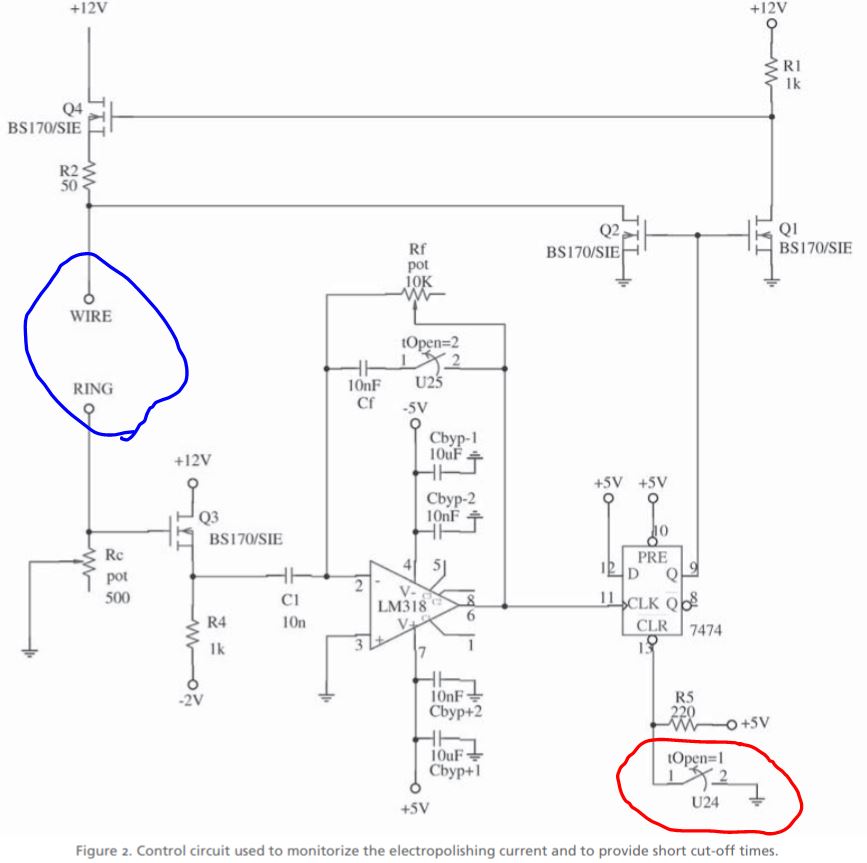 Thank you for your suggestion. After your explanation, I wrote down what voltage value the gate of Q3 would get as a function of resistance values of 'WIRE/RING' and potentiometer.

So I guess I have to choose my potentiometer value such that the gate voltage of Q3 gets some voltage above the threshold when in the process of etching and gets zero when the etching is over (since when etching is done, the resistance value will shoot up). 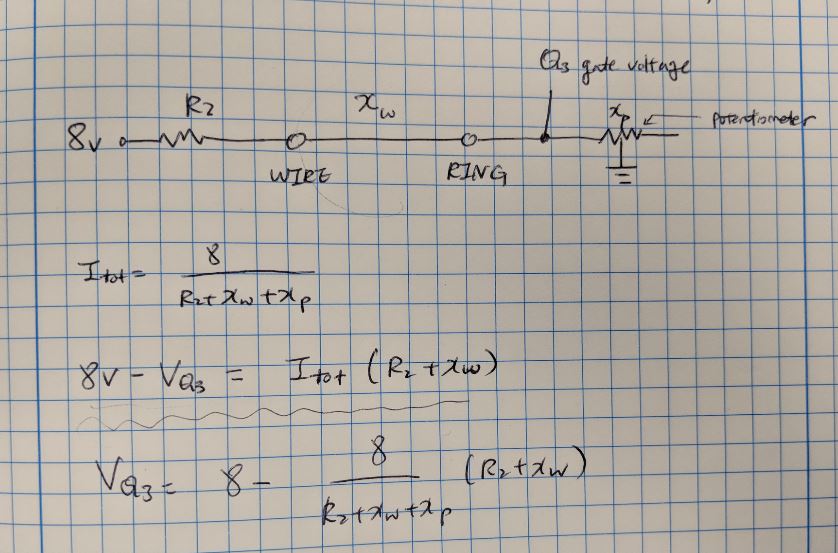 I am not sure what role the capacitor and switch in parallel with the potentiometer serves. 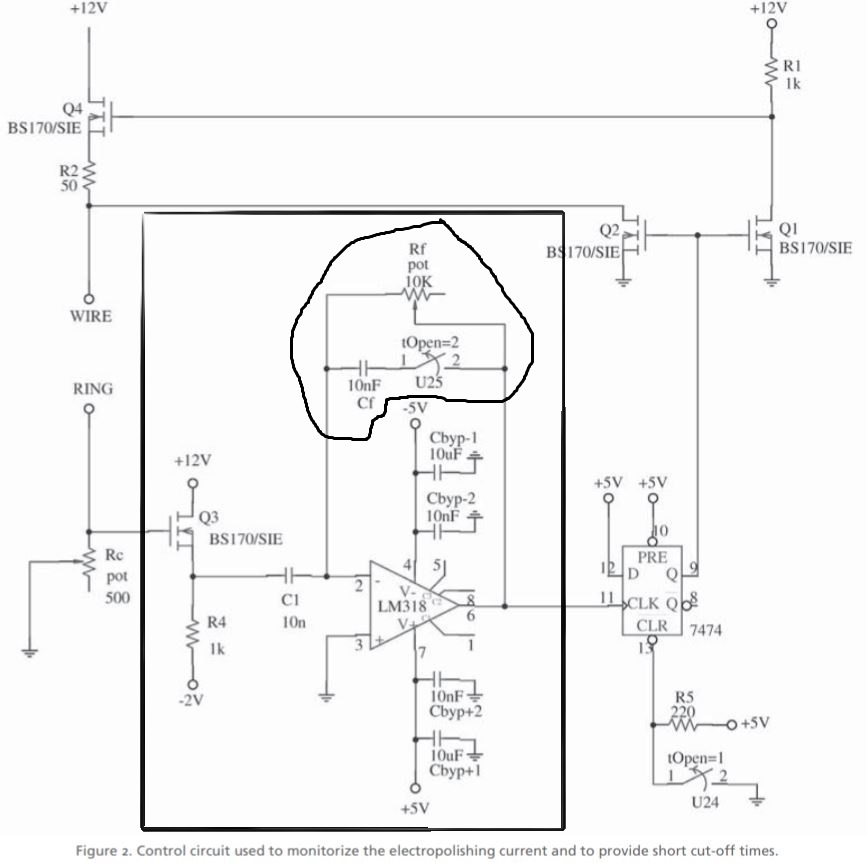 Q1's gate is fed from a flip-flop hence it's fairly clear that Q1 is used as an enable control for Q4. When Q1 is off Q4's gate is pulled to 12 volts via R1 and this means that at the source of Q4 is a voltage of around 8 volts to 10 volts.

I can't be more precise than this because Q4 is used as a source follower and the voltage it develops at the source is dependent on the gate threshold voltage of that MOSFET and the load current being taken through "wire" and "ring".

The voltage at "ring" is also current dependent because it is connected to ground via a 500 ohm potentiometer and this could be set to 500 ohms and drop 500 mV if 1 mA was flowing through "wire" and "ring".

So without knowing the current through "wire" and "ring" and the value if the potentiometer it's impossible to state what the voltage across them is.

Regarding the switch in red, if the circuit is currently driving current through "wire" and "ring" then closing the red switch will stop that current by turning off Q1 and this in turn simulates the current dropping as per what you say is the purpose of the circuit. On this basis, it seems to me like it functions as a "test" switch.

I think that this switch is part of the chip referred to as U24 and, as such U24 is probably an analogue switch controlled by another part of your circuit (unseen in your question).

Not the answer you're looking for? Browse other questions tagged flipflop control-circuit or ask your own question.