I am a beginner, so I may have made a horrible mistake in my diagram, but I am trying to learn.

According as I have figured it, I am having an issue wherein I need a resistor rated for a minimum of about 1.07 Watts; this is well, however, I do not have any resistors rated that highly heat-wise. I figured that I could just use a group of five 1/4W resistors, similarly to how a pair of two different resistors adds to a higher resistance. 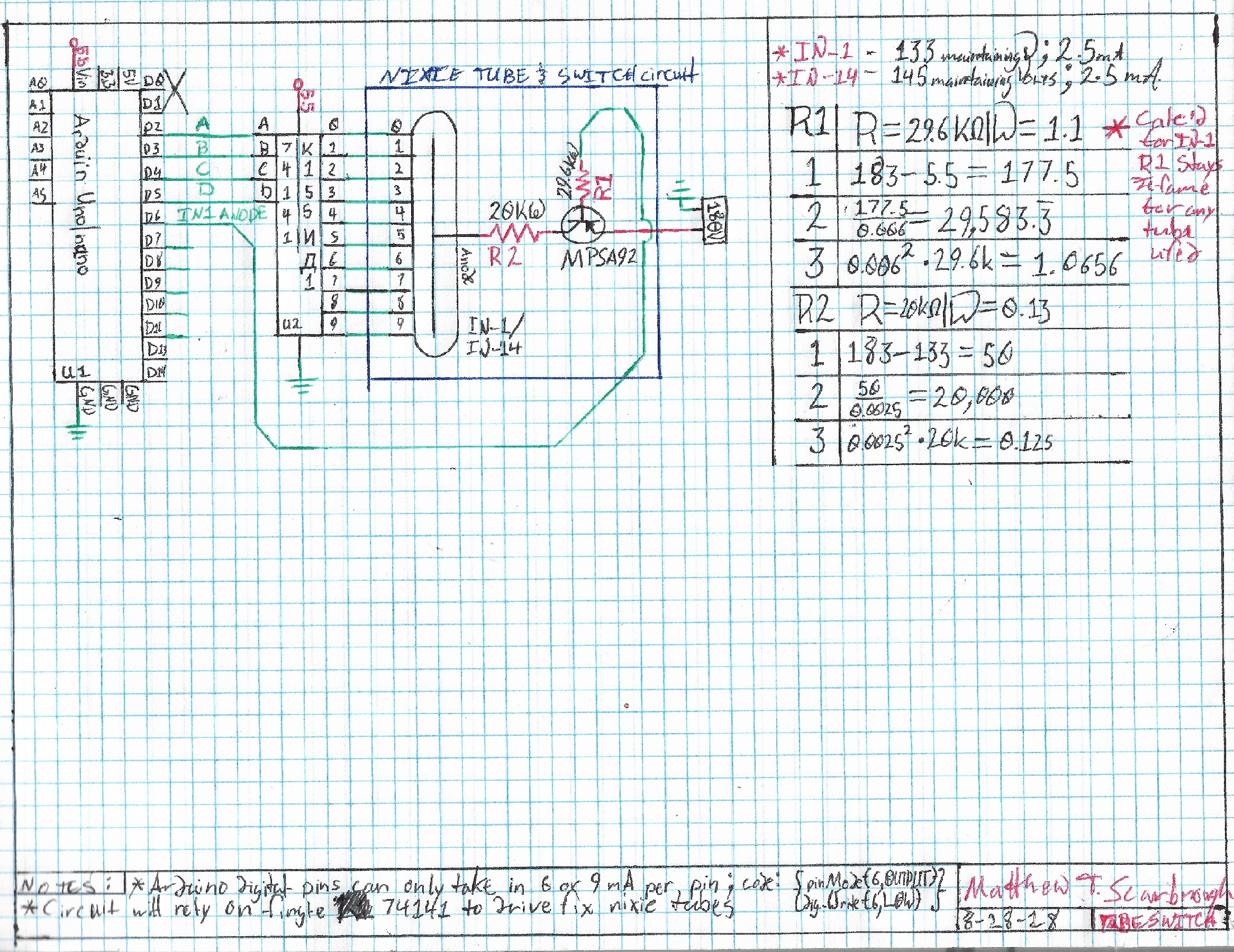 *That does say 20kΩ and 29.6kΩ in the schem.; I have no idea why I opted to not write the capital omega in those two places.

Why yes, you can certainly combine multiple resistors to spread out the power dissipation.

You can parallel 5 resistors that will take 1.2mA each.

Note that 1/4W resistors, even though they're rated for 1/4W, can still get rather hot when dissipating 1/4W, enough to burn you. Make sure to leave room in between for airflow (don't just bunch them all up together).

Also note that you probably won't be able to turn the anode off with this circuit. And if you do manage to turn it off, your Arduino will be fried.

Yes, you can make a high power resistor from multiple low power ones.

You aren't limited to only series or only parallel, but then computing the final resistance is a little more complex. If you don't make all the resistors equal and all in series or parallel, the resistors may not be sharing the power equally. That's OK, but must be taken into account to guarantee that no individual resistor has its power rating exceeded.

If R1 thru R4 are the same, then the resulting composite resistor is also that same value, but with 4x the power capability.

Not the answer you're looking for? Browse other questions tagged resistors high-voltage watts nixie or ask your own question.