The schematic is made by Great scott (a YouTuber).I need to know can we add a current limit to it by using a sense resistor and feeding the sensed voltage proportional to the current in the feedback controller opamp? 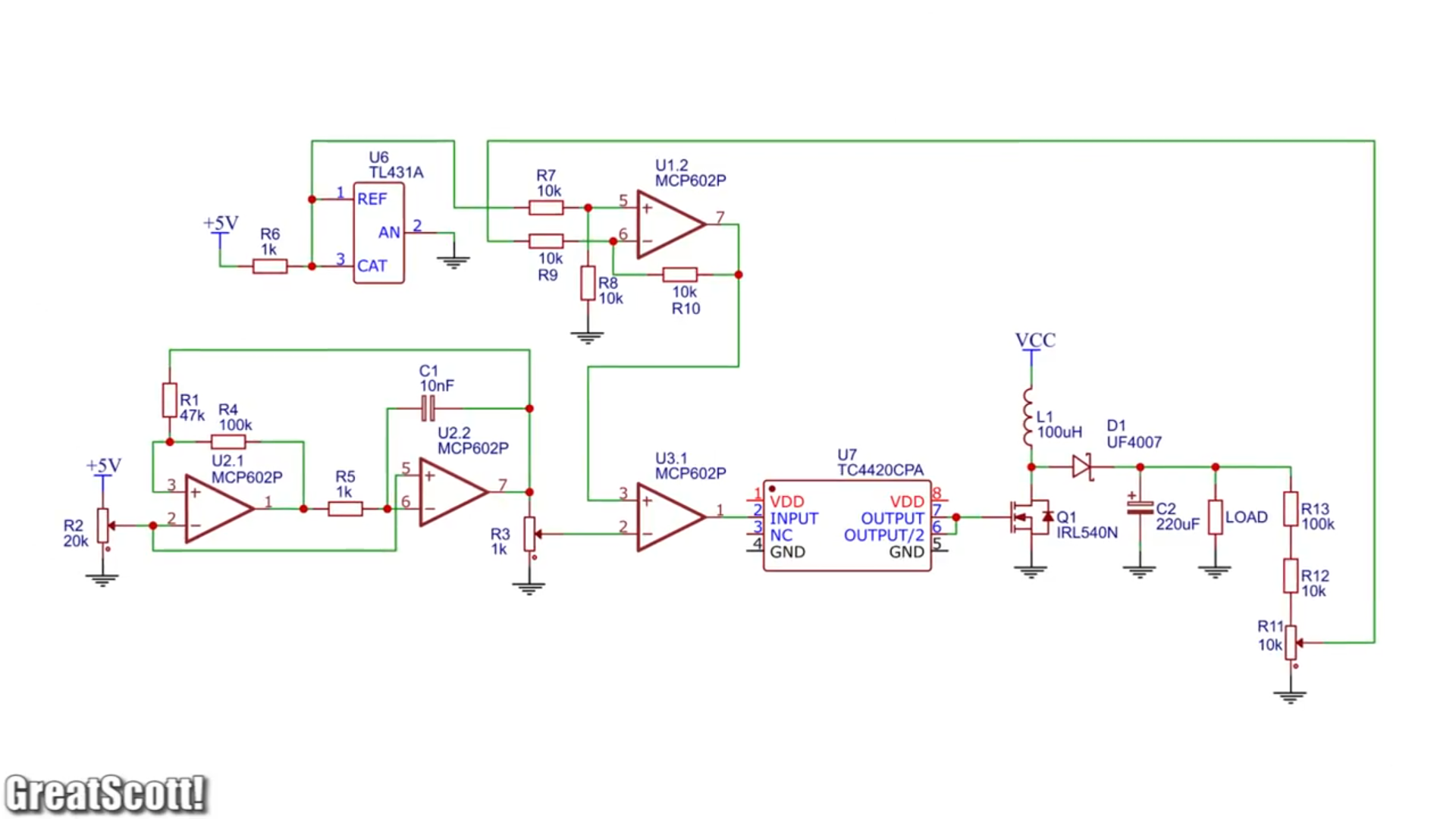 My question is can I add the output of this current limit part to the voltage feedback controller opamp?(in the inverting input)? 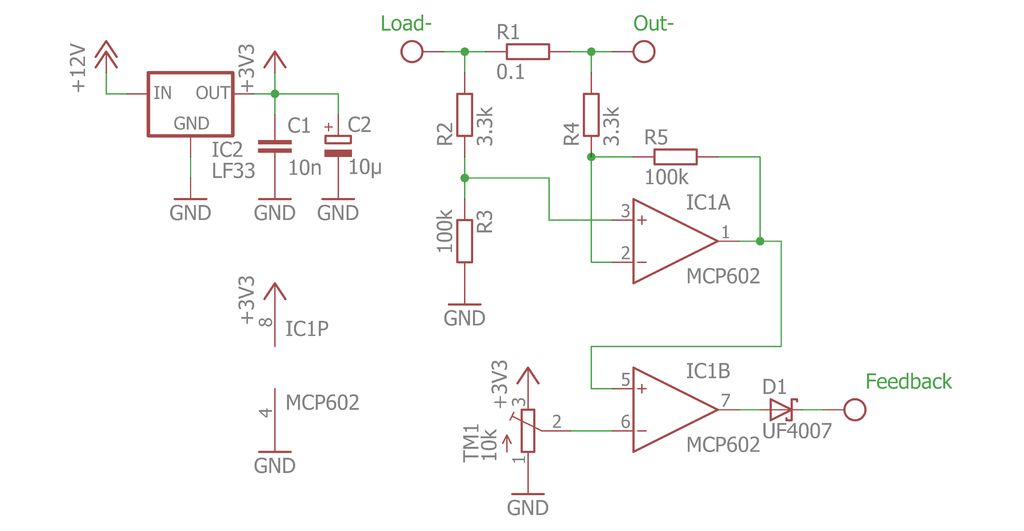 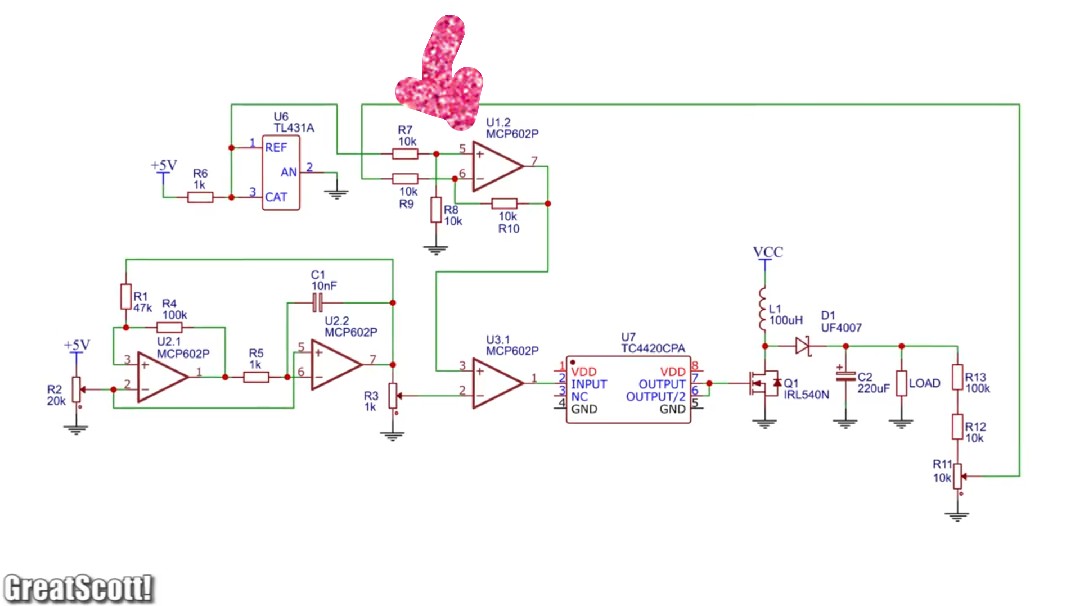 With this topology, it's not possible to implement a current limit. See the current path? It's from the Vcc power source through L1 and D1 into the load.

There is no switched element in that path.

To add a current limit, you'd had to add a switch in the current path. Because a conducting MOSFET has lower losses than a diode, it is adviseable to put another MOSFET in instead of the diode D1. 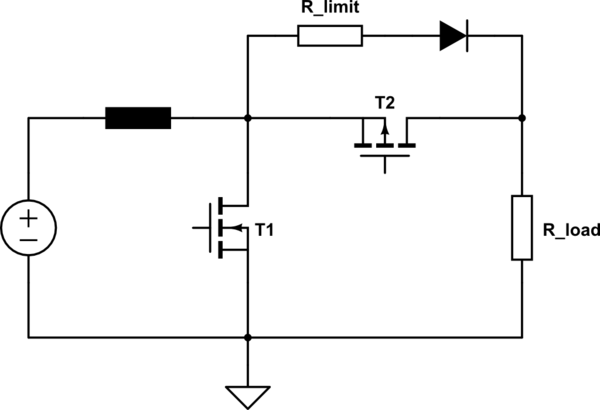 The path over R_limit and the diode is for preventing T1 and/or T2 to be shot by overvoltage if T1 is opened while current is flowing through L1 and T2 is not opened because of the current limiting function.

Not the answer you're looking for? Browse other questions tagged boost or ask your own question.