I began to read up on transistors, which led me to this post on electronics stackexchange.

At the end of the original post, the question asks "the voltage at the base would be a sine wave with the DC bias as the baseline, correct?"

I understand the V2 with the two resistors in series is a voltage divider.

I am struggling to see how at the node connected to the base, the voltage is going to be simply the sum of V1 and V2, resulting in the AC signal superimposed on the DC signal from V2.

I think I can best express my confusion in the form of the second image below. 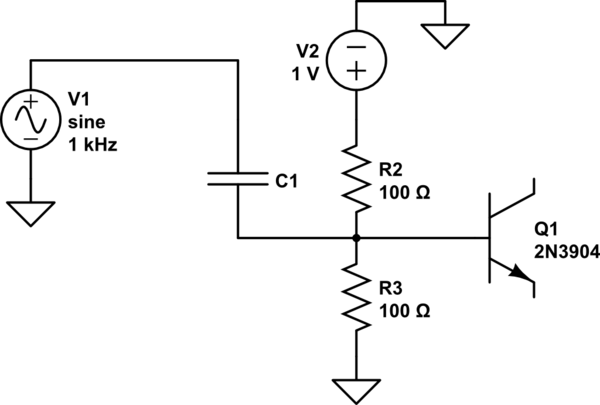 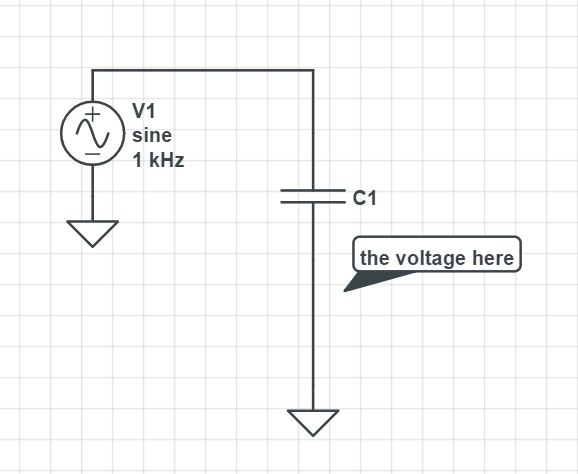 Also, I remember playing with small batteries as a child. When I put hooked up those batteries of the same voltage in parallel, the voltage output was the same as having a single battery, which I believe is kind of like the first case. (So why should it be the sum of the two voltage sources in the case of the first image?)

In the first circuit, if properly chosen, C1 will charge to the average voltage difference between the base and V1. If V1 is average zero, it will charge to 0.5V. The time constant will be 50 ohms * C.

The Thevenin equivalent of the resistors and 1V source is a 0.5VDC source with 50 ohms in series. If the impedance of C1 at the frequency of V1 is much lower than the 50 ohms, then most of the voltage appears at the base.

Here's a simulation with the AC voltage at 100mV peak and C1 = 30uF (and ignoring the base impedance): 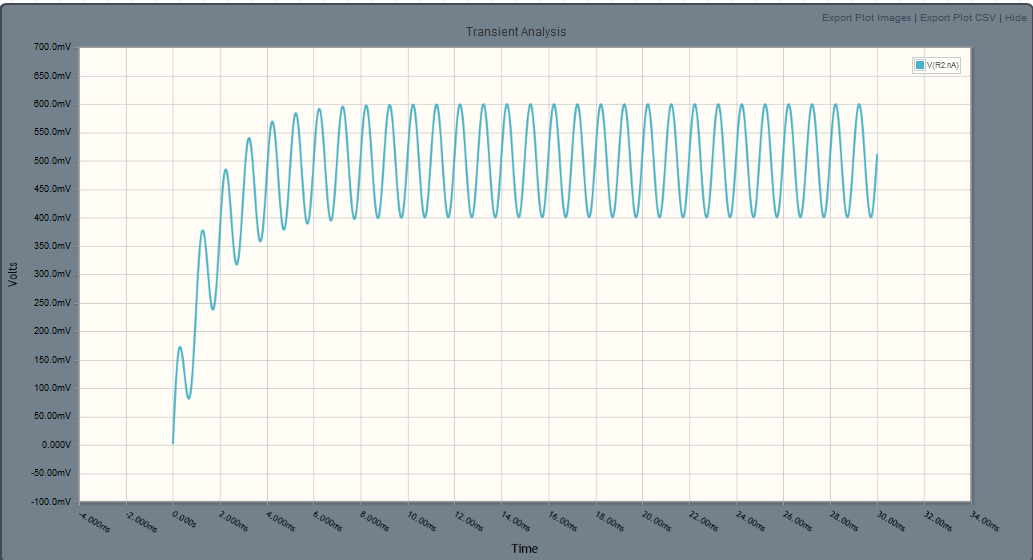 When the voltage sources are first applied, the capacitor is assumed charged to zero volts, and it takes some time to charge to close to the final voltage.

Your second schematic bears no relation to the first. The voltage at the nexus of the two resistors and one capacitor will be the sum of the voltages at the other ends of those components in inverse proportion to their impedances.

In other words, the two resistors and one capacitor form a three-way impedance divider (ignoring the transistor for now) which is like a resistive divider except that the "resistance" depends on frequency. You can think of an ideal capacitor as a resistor that has infinite resistance at DC and decreasing impedance as frequency increases. So we have three inputs:

Not the answer you're looking for? Browse other questions tagged voltage voltage-divider or ask your own question.

5
80's Cassette Line to Microphone Level for iPhone
0
Voltage of Voltage Regulator changes when a Potential Divider is added
3
Voltage Divider DC 1000W for LED
2
Using a Ryobi 36v battery to power an electric kart
0
How to calculate the value of the fixed resistor in a light dependent voltage divider?
0
High dV/dt turning on BJT switching Circuit due to Miller capacitance
3
Assigning a notion of voltage even when there is a changing magnetic field