Step Down Switching Regulator irregularity with ripple on output

Using the L5973D- I have followed the Schematic as the datasheet instructs, but I have tried two different inductors. I have found problems with other systems on the board with the one inductor (744 561 15), such as Microchip while running in debug mode. The Schottky Diode (D1) used is the STPS340-SMB instead of the STPS2L25.

The requirements of the inductor are 15uH and 3A. So the first inductor selected was the DO3316P-153 (as recommended by the L5973D datasheet). The frequency out of the L5973D at pin one (circled in red on the schematic) is given in the figure below: 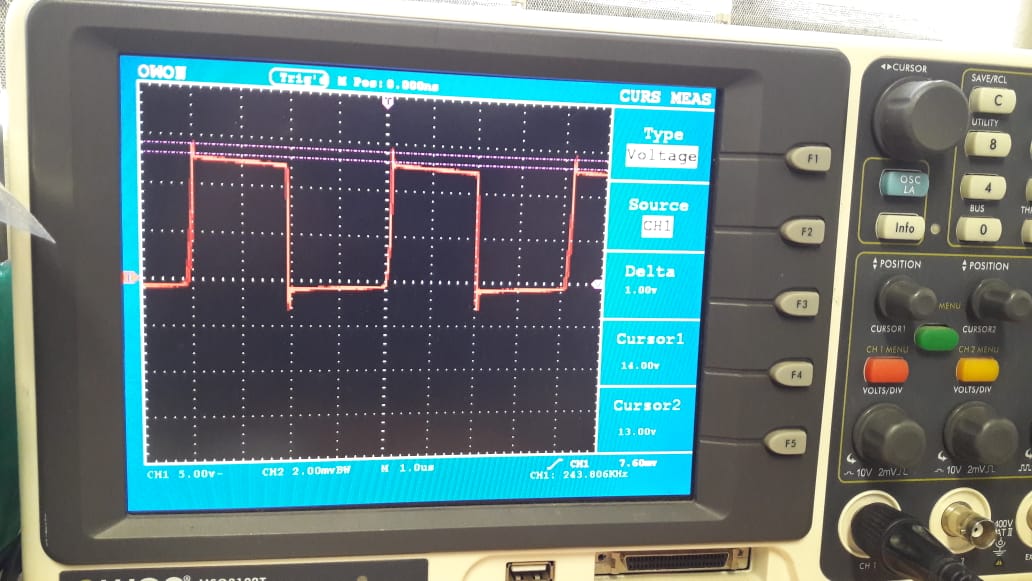 When the inductor is replaced with the more affordable inductor (744 561 15), the frequency at pin one is given in the figure below: 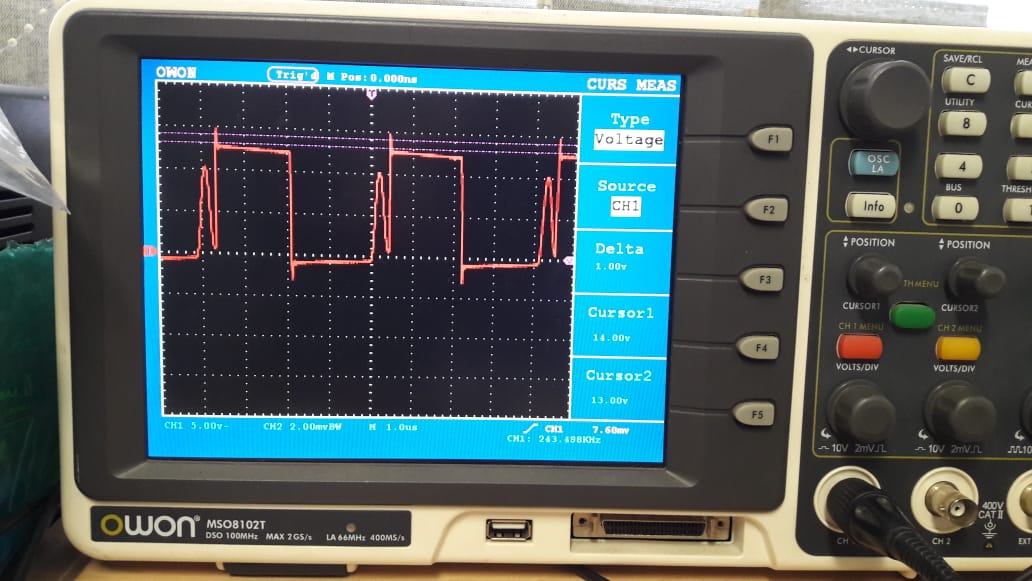 With the 744 561 15, there is this added ripple before the square wave, can anyone explain what is happening here?

After running the Board for more than an hour and the system keeps resetting itself. At this point, I am not sure what is going on, any suggestions?

It seems your load current is small enough that the buck converter enters discontinuous mode. This means in basic terms that the inductor charge is exhausted before the end of the cycle, hence you get a some ringing before the next cycle starts.

Usually it's recommended you'd want to stay near the transition between continuous and discontinuous mode in normal operation. Theoretically this leads into optimal component sizes and costs but practically it's very much a moving target.

To push the SMPS back to CCM, you'd want a larger inductance value. However changing the inductor size may also call for a smaller output capacitor. And then you need to re-adjust the feedback loop compensation as well.

If you're not comfortable with all that, I'd suggest

Not the answer you're looking for? Browse other questions tagged dc-dc-converter inductor ripple filtering or ask your own question.

5
Step down switching regulator heating up with light loads
1
Can this gyrator handle high current and/or high voltage?
2
What would cause a buck-boost regulator to buzz loudly and generate high voltage ripple during certain input voltages?
1
Ideal ripple current on a DC to DC step down switching regulator
5
Cause for failure after short circuit Step-Down Converter Input
0
Buck/Boost converter TPS63070RNMT is not working properly
1
Trouble with DC/DC (switching) converter