I'm designing a battery powered device, which must be turned on by an external 3.3V impulse from a comparator output (TLV3201), and for the sake of power efficiency I want the MCU to power itself off when it has finished processing the event. For the self-poweroff circuit I've found the following solution:

The P-channel MOSFET is powered off by default by pulling it's gate to VCC via R1, but when the EN pin is pulled high, either by the comparator (push-pull op-amp) output or the MCU (after it has got power), the P-channel switch is opened to supply power to the MCU.

The comparator is used to sense the resistance connected between IN1 and IN2, which may switch between ~1.5 kOhm and ~5.5 kOhm. 1.5 kOhm resistance results in a high level output of the comparator, and 5.5 kOhm is low level (0V) output. 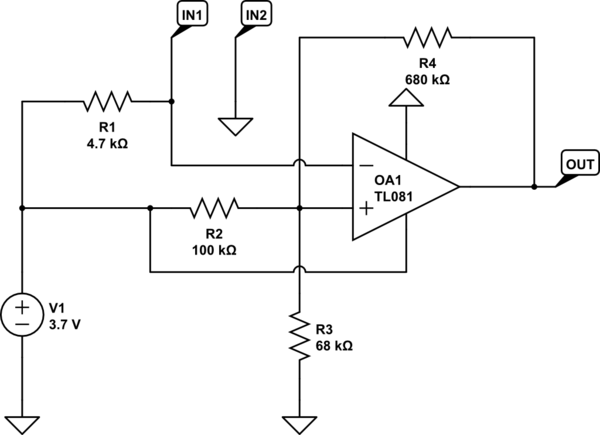 Edit 2: The MCU will be a ESP-07 Wi-Fi module (ESP8266). I am currently researching its deep sleep capabilities and power consumption.

For this application I'd recommend using TPL5110 timer. It is designed to drive MOSFET gate, so you simply put it instead of R1 and Q1.

It will be waking up you MCU periodically (longest delay is 2 hrs), but will switch power OFF as soon as MCU sends back DONE signal.

The great thing about it, though, is that it has manual ON input (also dubbing as delay setting). So, you can connect your comparator output to that pin and TPL5110 will power up MCU when necessary. Again, when MCU is done processing that event it signals DONE and shuts down.

Following your comment I see that the timer won't work for you. Here are some alternative solutions. Whether they work or not depends on specific MCU you are using.

Here is another option you might want to try. It reduces power consumption to under 3μA by switching to power off mode instead of deep sleep. Essentially, this is option 3 above, but instead of using external MOSFET it uses internal power switch of ESP8266. 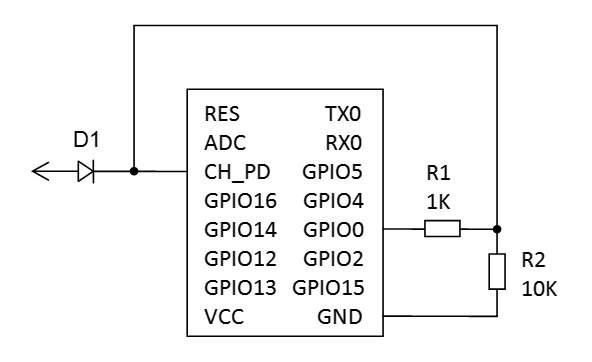 It works like this:
- Initially R2 pulls CH_PD low, keeping MCU in power off mode.
- When wake up signal comes in through D1 it powers on MCU. MCU immediately puts high on GPIO0 to keep itself active through R1.
- After MCU is done processing the event it switches GPIO0 low and goes into deep sleep mode. If comparator input is already low, then CH_PD goes down and MCU powers off. If comparator is still high the MCU will sleep until it goes low.

1
Latching circuit for ESP8266 with coin cell and Reed Switch