What do solid/striped lines on a wire indicate?

What do solid or dashed lines on a wire indicate? Is there a difference between the solid and dashed indicators? 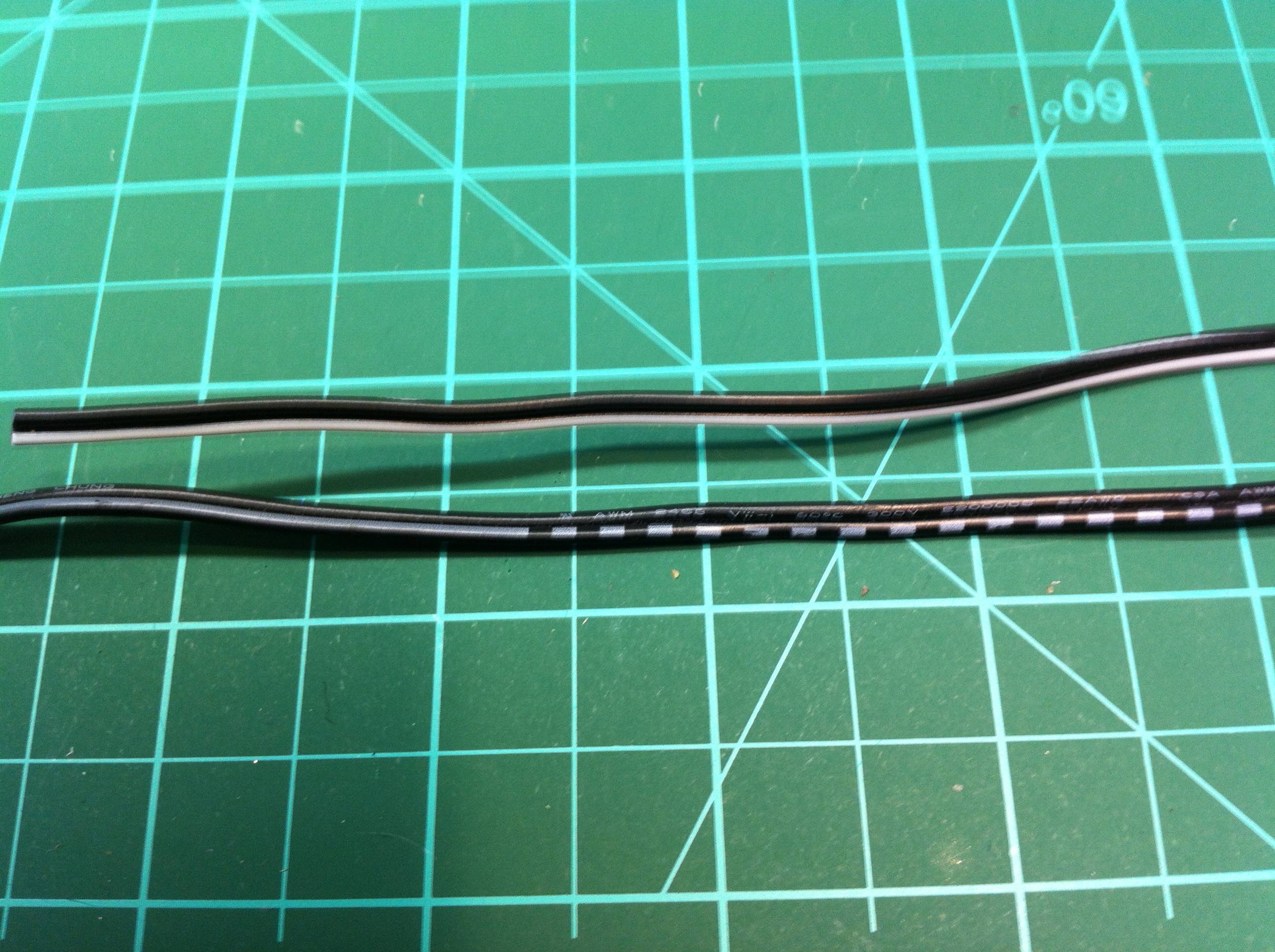 The solid/dashed lines on wires like the ones pictured in your question are used to indicate polarity e.g. for the "wall wart" power supplies. Usually* the wire with the white stripe or the dashed lines carries the "positive" (+) end, while the other, unmarked wire carries the "negative" (-) end.

It doesn't matter if it is striped or dashed, the presence of any kind of marker is the indicator of the wire being the "positive" end of things, as opposed to the unmarked "negative" wire.

This kind of convention is used on speaker cables as well, where the wire that is marked in some manner (e.g. text providing wire information, a stripe, etc.) is the positive end, and the unmarked wire is the negative end.

*I say "usually" since I've seen a wall wart with the wires were reversed, although every other wall wart I've used does it the way I've described above. The only way to be sure is to use a voltmeter and measure the voltage across the two wires. If you get a negative voltage reading, you know you have the test leads swapped.

Less expensive speaker wire, often called zip-cord, indicates polarity with a raised ridge on the outside edge of one of the conductors rather than striping. You frequently find that convention on wall-wart wiring, too.

Twisted pair used in network cables and some phone wiring indicates pairs and polarity with a similar scheme. Each pair has a different base color, such as blue, green, or orange. The polarity is indicated by having one wire a solid color and the other with a white stripe on a background of the same color.

Not the answer you're looking for? Browse other questions tagged wiring or ask your own question.

0
White cable with a Black Stripe and tons of unknowns
-1
Why does Samsung mobile phone batteries come with a chip-like paper? Are they spying on us?

0
How feasible is it to wire into common household measuring instruments with a solid grasp of electrical engineering?
2
Is an ungrounded earth wire worse than no earth wire?
7
Placement of signal, power and ground lines within a ribbon cable
1
RJ45 Type Connector With 10 Lines
1
Foodsafe wire splices for a toaster?
1
Help with wiring OEM LED turn signals that has 2 voltage inputs
1
Ground wire appears live despite not being connected on either end
0
Hardwiring USB - Switch data lines?