Why the earth attracts charge and where does the charge go when it goes into ground?

Also, what happens to charges that flow to the ground ?

If Earth is positively charged, why is it so, is there any negative charge around it which helps Earth retain its positive charge ?

It's actually a little more complicated than that. The earth around you locally is part of a giant circuit!

Thunderstorms generate a negative current which then flows back to the ground wherever there aren't thunderstorms. So it really depends on the weather. It also depends on a variety of other factors like solar storms and ionization of the upper atmosphere, but this gives you an idea of what goes on.

I coudln't find the graph but the local electric field also changes when the sun shines from ionization. The electric field above also contributes charge, thunderstorms and other effects all contribute. All in all, the ground's net charge can be considered zero and a reference for all other charges. 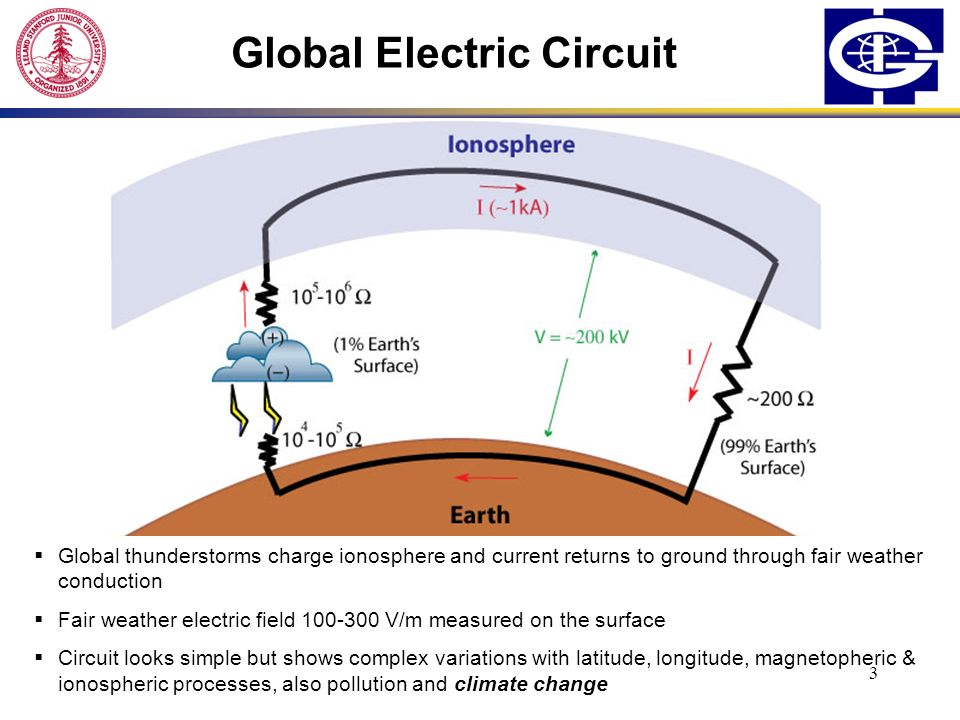 Also, what happens to charges that flow to the ground ?

The ground also has conductivity (or functions like a resistor), so it distributes the charges (as in a lightning bolt) or the really low currents that come from the air to the ground to keep it's potential the same. There isn't really a good way of determining the earths total charge as you would have to account for all of the factors. Just call it 0V for now.

As a planet overall, the Earth is electrically neutral.

However, the surface of the ground can have a localized charge in certain areas, such as under storm clouds. 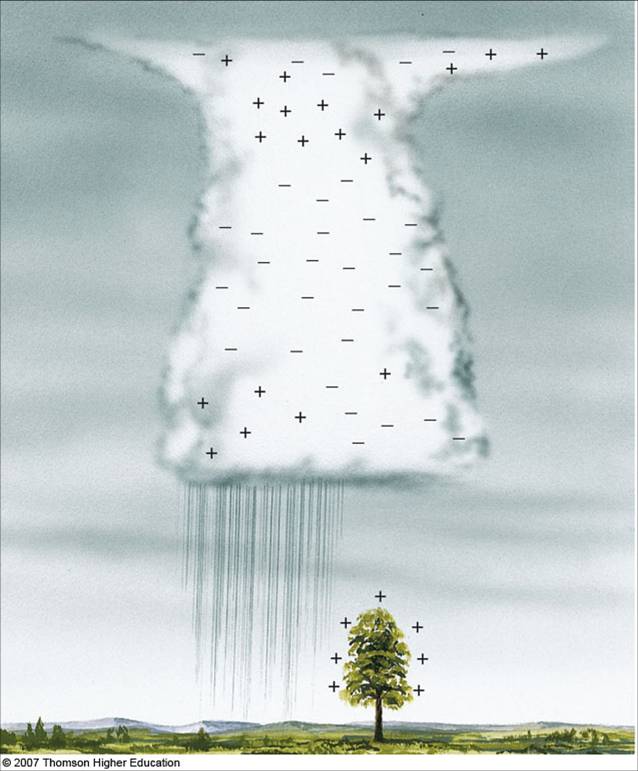 It is this lower charge distribution that is responsible for cloud-to-ground lightning.

Richard Feynmann explained lightning as the charges arriving from cosmic rays, collected in high-altitude clouds, and then building up potentials high enough to cause lightning bolts down to earth.

Not the answer you're looking for? Browse other questions tagged grounding physics electron or ask your own question.

0
Does mutual capacitance increase for two positively charged plates when brought close?
0
Electric potential energy of charge relative to 2 metal plates
2
Why earth ground connection does not leak current?
0
How to handle 2nd USB and Audio ground in a project powered from isolated 5V Wall Wart
8
MOSFET channel length modulation - Glossing over physics
0
Where does current go after flowing to earth?
0
Is this internal rearrangement of charges in a circuit a current and is this current different from the “normal” current of the circuit?