How to stack protoboards solidly?

I have an enclosure and want to add some protoboards inside it. I can place two next to each other, but since I'm a bit out of space I think it's best to stack 3 of them with PCB spacers.

However, I will have some (not many) connections from one board to another (and second to third board).

I can use either pin headers without soldering, with soldering or using terminal blocks. Terminal blocks cost some more space, but when soldering pin headers, I can never replace anything without desoldering, even when I use for the necessary ICs DIP8 sockets. And I wonder if using nonsoldered pin headers would be rigid enough for a device that will be moved around all the time and not handled always softly (except while in use).

What would be best:

In my case I will use only a few terminal blocks from one board to another, but it's more a generic question for in future use.

Use male and female headers. 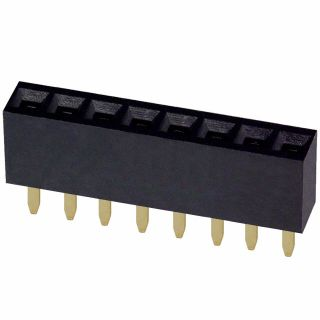 "Stackable" female header with long pins that go through to the next board (or can be simply cut to length). 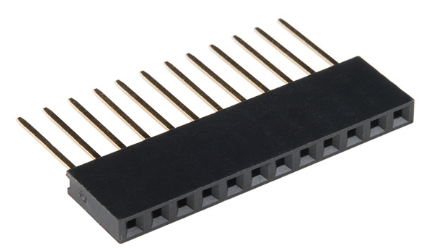 Observe that the stackable pins are sort of "flat", and due to their length, have some bend to them. 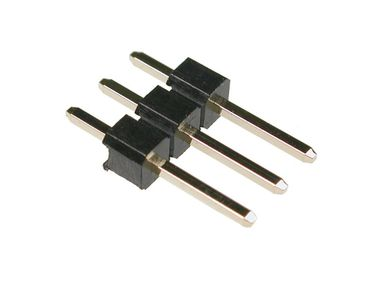 These headers are more "square" than the stackable variety, which makes them stay mated better, and they are less bendable.

When the headers are mated (the boards stacked), there should be some rigidity, depending on how many pins. Double-row headers will have even more rigidity. Having headers in two places on the same board offer even more rigidity (removing the possibility of the header bending/acting like a hinge).

Typically, they do not fall-out on their own, even with vibration, though if put in a vehicle for years, you may want to secure them further (See below).

The end result when using the long-pinned stackable headers:

If that's not enough, you can combine the headers with standoffs between boards: 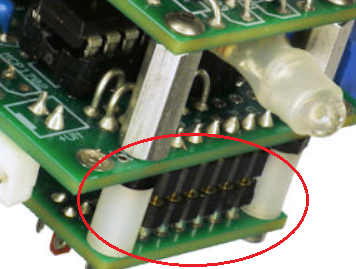 One approach is to use ribbon cable and IDC connectors between boards. This has the advantage that you can 'open' your stack like a book and debug both boards while still keeping them electrically connected.

You can get pre-fabbed cables or invest in an IDC crimping tool and buy the ribbon cable and connectors separately to make cables of nearly any length and width you need, from 2x3 pins up to 2x64. The connectors plug into standard 2.54mm male pin headers and for your application right-angle pin headers will help keep a lower profile.

Not the answer you're looking for? Browse other questions tagged prototyping protoboard terminal-block pin-headers or ask your own question.

10
What are good ways to improve physical hardware reuse?
16
How do I do point to point wiring on a protoboard?
3
How can I determine voltage and current limit of protoboard?
2
How to make perfboard circuits more compact
1
How do I solder to a soldered overlay board?
7
How to fix a PCB inside this enclosure?
0
How to get rectangular angles for point to point wiring on a protoboard
3
Can problems arise from mixing 2.5mm pin pitch components with 2.54mm through-hole protoboards?
0
How to Solder a Screw Terminal to Square Pad Proto Board