The distance of the adjacent signal layer in PCB stackup

I saw in some PCB stack-up design, sometimes there are two adjacent signal layers, such as:

I think there must some crosstalk between them, so how much should be enough of the distance between the two layers to minimize the crosstalk?

It depends on what the signals are.

In a 6-layer PCB, you've probably got quite a lot of parallel buses to get from place to place. So common technique is to route each of the two adjacent signal layers with tracks perpendicularly as much as possible; one of the layers predominantly 'north-south', and the other layer predominantly 'east-west', avoiding parallel runs in close proximity as much as possible.

If that isn't significantly possible, and if the signals are significantly likely to cross-talk to others, then physical separation (in the X/Y plane) can be important.

This can be critical for some combinations of signals: high-speed clocks, high-impedance inputs, analog circuitry, high current loops, etc. Sometimes it's just not possible to keep them separated in X/Y enough, and you might have to give priority to some of these signals being on outer layers where they have the ground/power-plane between them and everything else on other layers. 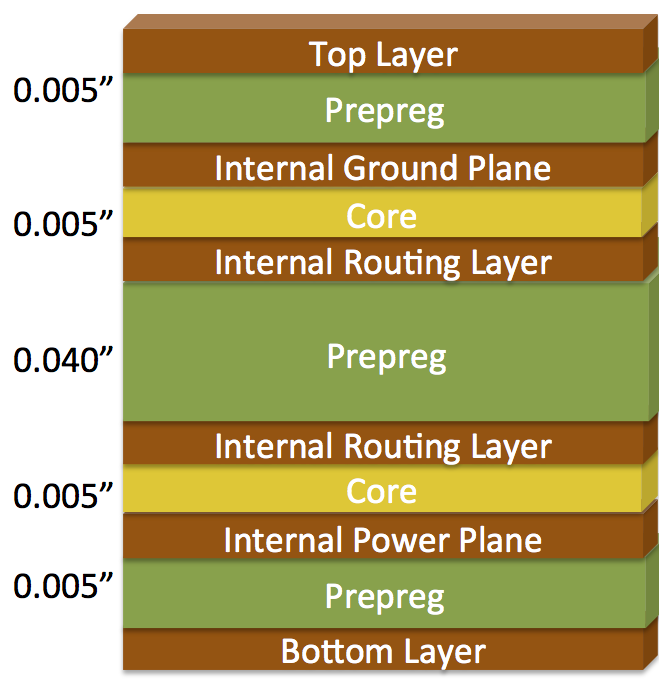 Henry W Ott (who wrote the book on EMC) recommends another stackup:

Another excellent performing six-layer board is shown in Fig. 8. It provides two buried signal layers and adjacent power and ground planes and satisfies all five objectives. The big disadvantage, however, is that it only has two routing layers -- so it is not often used.

It is easier to achieve good EMC performance with a six-layer board than with a four-layer board. We also have the advantage of four signal routing layers instead of being limited to just two. As was the case for four-layer boards, it is possible to satisfy four of our five objectives with a six-layer PCB. All five objectives can be satisfied if we limit ourselves to only two signal routing layers. The configurations of Figures 6, 7, and 8 all can all be made to perform very well from an EMC point of view

If you know the impedance of the vulnerable node (as resistor plus parallel capacitance, modeled), then inject 1pF from your cross-over signal and compute if this HIGH_PASS behavior is a problem.

Not the answer you're looking for? Browse other questions tagged pcb stack-up or ask your own question.