The main load I want to drive is a full spectrum COB LED which is used for indoor grow of cucumbers and strawberries.

Currently I drive them with a standard 220v LED driver power supply.

Or maybe you guys got another solution?

Assuming there are pure LED, or perhaps just led with a resistance, you can use a current controlled step down buck converter. It will give you more efficiency than going through the 220V, in theory.

I did something very similar. I concluded I will never be able to make back the cost of the batteries. I pay 10¢ a kW. For me solar power would only economically feasible if the project is funded with government or utility incentives.

When calculating pay back, do not to forget to include the cost of the batteries.

This is my setup:

Using an inverter to convert 12/24V to 220 VAC then back to a constant current is very inefficient.

You should use the solar DC to power the LEDs.
Use a Mean Well LDD LED driver.

When growing with LEDs the color temperature and efficacy of the LEDs is very important in the selection process.

This is an experiment growing tomatoes with a cool and warm strip of LEDs. 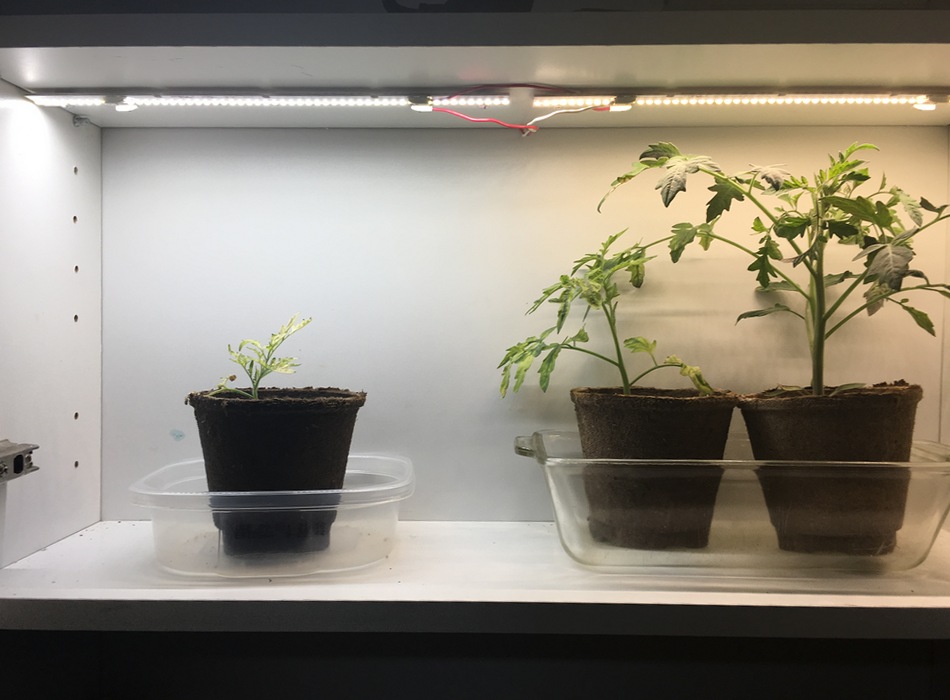 while you can use lumens/watt to select a line of LEDs with high efficacy you should select the warmer color temperature and CRI. 2700K 90 CRI is arguably the best growing spectrum.

Even though a with in a line of LEDs the higher color temperature (e.g. 5700K) will have a higher lm/W. Plants do not care about lumens only photon quanta. The light source of all common white LEDs is a deep blue (450 nm) LED with phosphor wavelength converters.

Ideally you would like an LED that provides sufficient deep red (660 nm). All white LEDs emit sufficient blue wavelength light and the cool white too much blue for most plant species.

Where a 5700K LED may have an efficacy of 180 lm/W a 2700K in the same series may only have 150 lm/W. But the quantum measurement of photons (i.e. µMol/sec) between the two colors is very similar (e.g. 63 vs 60 µmol/s/m²). The warm will emit slightly less µMol/s, but warm will provide a richer photosynthetic spectrum (quantum photosynthetic yield) than a cool LED.

In your case the optimal voltage would be 24V and to use a 20V LED. 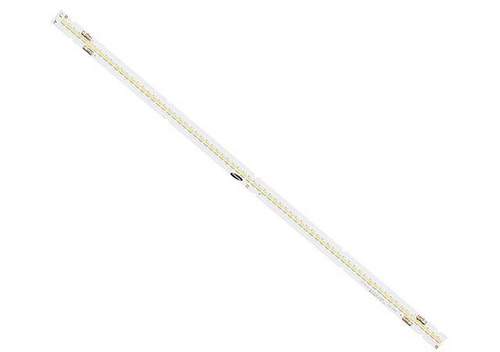 I also recommend starting the seedling with a single 280 mm strip and add strips as the plant grows. It is best to have the capability to adjust the current. This way you adjust the height of the fixture over the canopy then adjust the current for the ideal irradiance.

which is used for indoor grow of cucumbers and strawberries.

Did you mean cannabis?

Not the answer you're looking for? Browse other questions tagged led solar-energy or ask your own question.