Instantaneous vector sum of three phases 120 apart is not zero?

Vector sum of equal 3 phases 120 degree apart is zero and serves as a neutral. However, while drawing instantaneous vectors of the three phases, they summed up all together to give a vector. I have attached the animation which shows: "An ordinary three phased system in both vector form and in sinusoidal form. The black vector is the resultant space vector; a vector sum obtained by adding the three vectors. As can be seen, the space vector's magnitude is always constant".

Kindly explain the difference between the two approaches.

The source of the animation and text is this page on three-phase power conversion.

Vector sum of equal 3 phases 120 degree apart is zero and serves as a neutral.

True if you are referring to the voltages or currents in a balanced three-phase system.

In this case they are referring to the space vector - a term with which I am not familiar. After a quick scan through the top of the linked article I would think of this as the direction of the sum of the rotating magnetic fields and not the voltages. 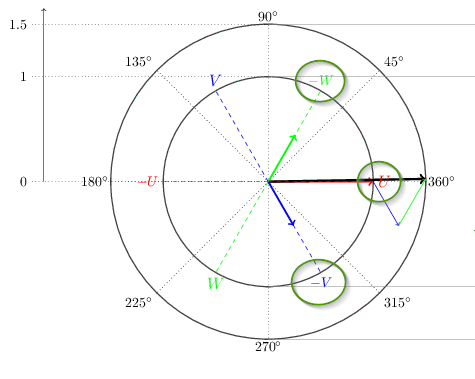 Figure 1. The vectors when U, the red phase, is close to max.

The catch here though is that the arrows don't represent the voltages or currents but the resultant magnetic fields. At the instant shown the V voltage is negative so while the voltage vector might be pointing to 120° the magnetic or space vector will be pointing the opposite direction to 300°. The W space vector will also point the opposite direction to the voltage vector. The result is that the three vectors are always adding constructively.

Note only that, but they always sum to exactly the same value. This is one of the beauties of 3-phase systems; the load on the generator is constant and the torque of the motor is constant through the full cycle.

Let me know if that helps or if further clarification is required.

The key here is that the phase of each magnetic field is the sum of the electrical phase (from the supply) and the mechanical phase (the angular spacing of the three different coils in the motor). – ajb

If we assume them to be voltages, since they also vary sinusoidal, each vector changes its length between positive and negative values. Isn't that vector sum hold correct for 3 phase voltages too? – Speaker Noir

You can't. They're not. I think part of your problem and reason for asking the question is that you are confusing phasors and magnetic vectors.

Wikipedia's article on Phasor explains it fairly well in the opening paragraph.

In physics and engineering, a phasor (a portmanteau of phase vector), is a complex number representing a sinusoidal function whose amplitude (A), angular frequency (ω), and initial phase (θ) are time-invariant. It is related to a more general concept called analytic representation, which decomposes a sinusoid into the product of a complex constant and a factor that encapsulates the frequency and time dependence. The complex constant, which encapsulates amplitude and phase dependence, is known as phasor, complex amplitude, and (in older texts) sinor or even complexor.

Figure 1. The phasor representation is a mathematical trick to represent the sinusoidal voltage waveform. A voltage measurement is one-dimensional but the 2D representation as a phasor allows us to represent it as having constant magnitude (the peak voltage) but varying phase angle and, in this example, taking the cosine of the phase angle gives us the instantaneous voltage. Image source: Phasor.

So, the phasor is a mathematical tool for representing sinewaves. It is not a 2D vector in the real world. 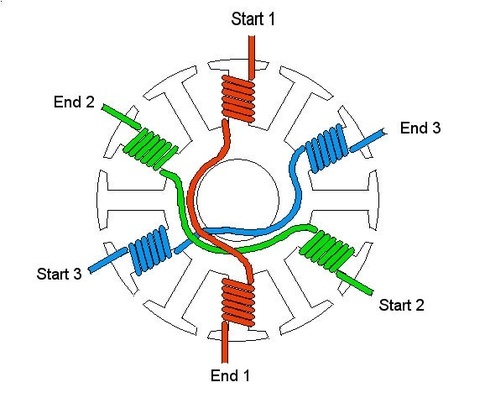 Figure 3. A three-phase motor has its windings oriented in 3D space. Since there is no change in orientation along the axis of rotation we can represent it in 2D. Image source unattributed.

Now note the difference. In this diagram, and in your space vector diagram, we are discussing true vectors in the real 3D world. There is a real magnetic field rotating in the motor and it is the sum of the three individual phase magnetic fields.

By the way, +1 and thank you for the question. It made me reappraise my understanding of phasors and the concept of the space vector.

Not the answer you're looking for? Browse other questions tagged ac three-phase vector-control or ask your own question.

1
Which informations do I need to calculate the efficiency and horsepower of a 3 phase induction motor?
0
Is a voltage signal we observe on scope made up of only cosines?