Is the LED drop voltage difference between colors linked to the different wavelength energy?

To me appears that LEDs that emitt light with less energy (e.g. IR and red) have less voltage forward drop than the ones with more energy associated to their wavelength (such as blue or UV).

That would be fascinating.

Is this a true correlation or is it dependent solely on the technology available?

Why? Because that does not always happen.

Here is the 100 µmol energy level for four wavelengths of InGaN LEDs and their Vf.

Notice how as the Vf rises, the energy decreases.

A photon cannot be measured with a volt meter.
The photon and the energy it carries has been emitted from the LED.
So how could a photon's energy possibly be included in the Vf when it is off traveling at the speed of light away from the LED?

Photon energy does not directly contribute to Vf.
The instantaneous resistivity of materials used are what determines Vf

But that is only part of the equation.

a certain voltage is required for the electrons to get them across the depletion region. The electron releases its energy as a photon.
...the bandgap of the material gives the characteristic wavelength. Higher bandgaps give shorter wavelengths.

While the energy in the bandgap approximates the released optical energy,
the bandgap energy is not represented in Vf

If you were to go to Digikey and sort (ascending) white LEDs by Vf
You will find in the adjacent column, the efficacy (lm/W), the LEDs with very high efficacy. Then if you sort by efficacy (ascending) you will find higher Vf.

The wavelength range of commercially available LEDs with single-element output power of at least 5 mW is 360 to 950 nm. Each wavelength range is made from a specific semiconductor material family, regardless of the manufacturer. Source: Photonics - Light-Emitting Diodes: A Primer.

The article is worth a read. 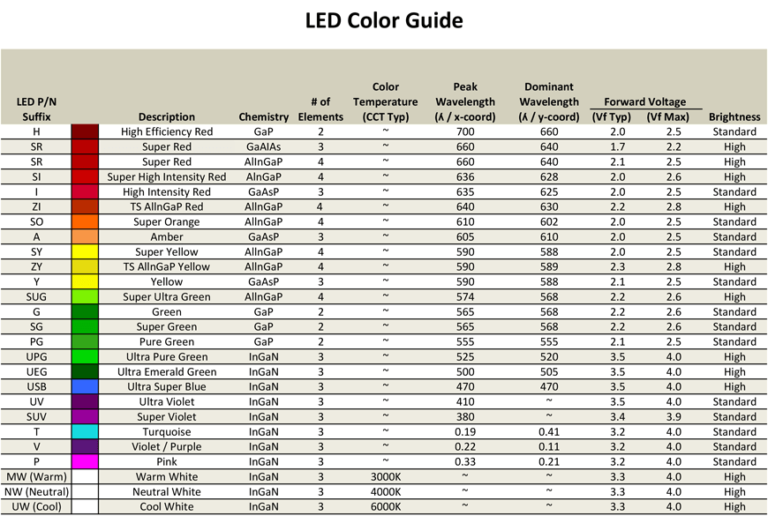 Figure 1. The LED color guide from Lumex gives a good overview of the various LED types, chemistry and wavelengths. For some explanation, if required, see LEDs and colour (mine).

Like all diodes (the D of LED), a certain voltage is required for the electrons to get them across the depletion region. The electron releases its energy as a photon. Your hunch is correct and the bandgap of the material gives the characteristic wavelength. Higher bandgaps give shorter wavelengths. 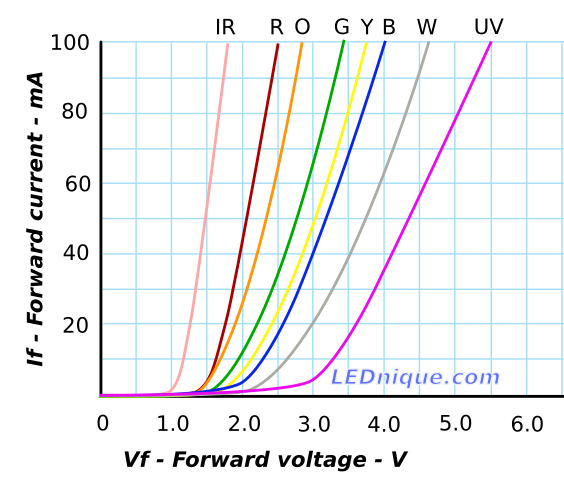 Figure 2. The forward voltage drops vary with current. What is an LED?.

This data for this graph was taken from various datasheets and carefully plotted. The LEDs, however, were from different manufacturers and there is some variation in the forward voltages.

White LEDs, for example, are 450nm deep blue LEDs covered with wavelength converting phosphors. When a deep blue photon is absorbed by the phosphor it is reemitted at a longer wavelength (e.g. blue-cyan-green-red). So the white IV curve will be the same as the deep blue curve within the same product line. I'm still working on this.

It's linked, with some details that mean you can't draw a straight line through all the points.

The energy needed to create a photon of any particular wavelength sets the absolute minimum Vf that a diode requires when running. In addition to that, there are further small voltage drops dependent on the particular technology, the particular materials that go to make a particular bandgap semiconductor.

IIRC, yellow and green require a very similar voltage, which is probably technology dependent. But generally, red and IR do require less, and blue and UV more, due to photon energy requirement.

6
LED lighting up dimly when uC is in reset

0
LED brake lights - detecting voltage drop?
4
LED strip brightness and its measurement - did I get ripped off?
1
Choose the right resistor for your RGB led (calibrate the colors)
5
Is the wavelength of the light emitted from an LED at its turn-on voltage greater than or less than the peak wavelength of the LED?
4
Why are there no high efficiency green/cyan phosphor LEDs
6
Driving blue LED with 3.3V using an op-amp
14
Why is the brightness of my red LED slowly decreasing?