Are these two schematics the same? (Amp circuit)

Are these two schematics the same? The lower one is the original diagram. Can I rewire it to look like the top one? The chip is LA4597, if you might ask. 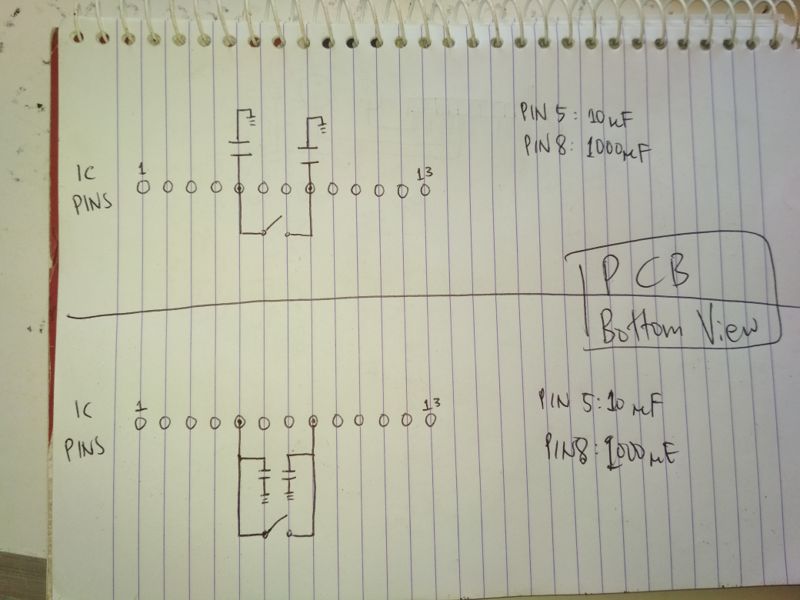 Think of a theoretical "node" (or "net") as a section or trace that is all of the same "equivalence". Note that the word "node" can also be used to specifically refer to where connections are made, but for my answer, I will be using node to mean "net".

For example, if we consider wires and traces to have 0 resistance/capacitance/inductance, then all wire between two 10Ω resistors is the same "node", because no matter where you connect something between the two resistors, it will have the same effect on the circuit. If you put a switch in between two components, you have split the node in to two separate nodes. It doesn't matter where lines connect to each other on a schematic, so much as it matters which node they connect to.

I have highlighted the three major nodes in your circuit as blue, green, and purple. 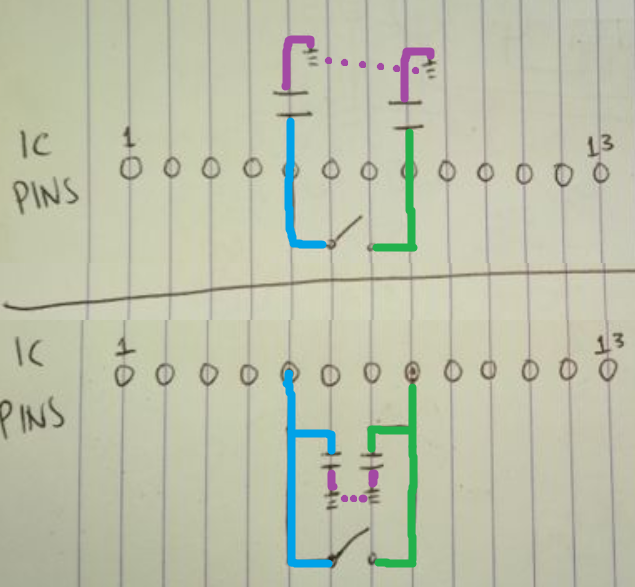 It can be seen that in both circuits:

FYI: Schematics are mostly for showing which components are connected to which node. Thus they can, and often are, re-drawn as desired. A circuit "layout" is more so for showing the physical circuit.

If your drawing were intended to be a layout, and we consider that nodes are not truly 0Ω, there could be a difference between the two circuits, but that is outside of the context and scope of your question.

4
Why are 555 IC pin diagrams so random?
32
Does anyone know what software tool was used to draw these circuit schematics?
0
What are these components in this schematic?
3
What are the use of these diodes?
2
What are "islands" on circuit diagrams?
2
Can I have two (or more) different symbols for the same LTspice schematic? How?
12
Number between square brackets on FPGA schematic
2
How to interpret this layout?
5
Why are the outputs of these gates tied together in the Apollo Guidance Computer?