I took this motor out of a drier and want to run it. 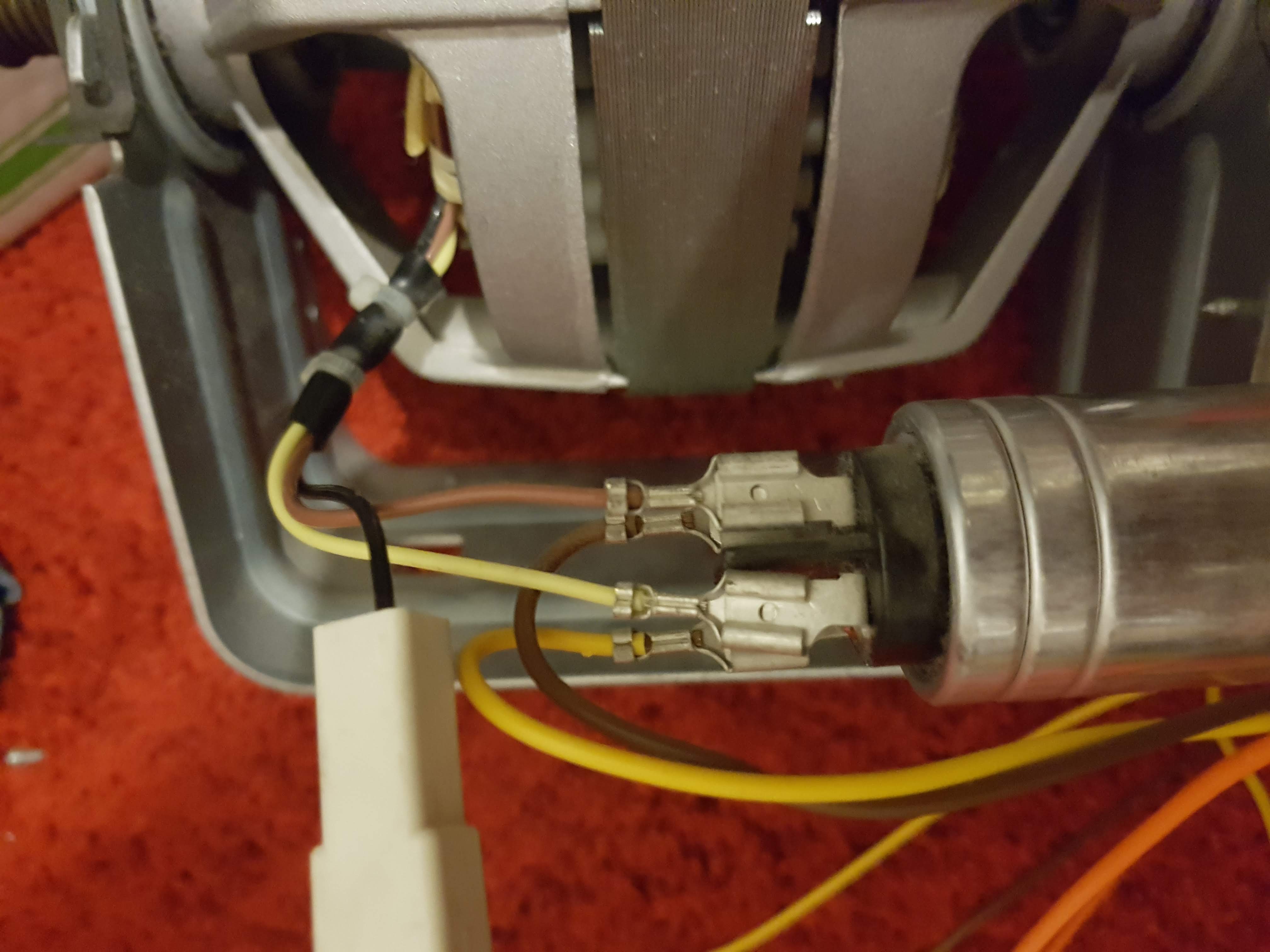 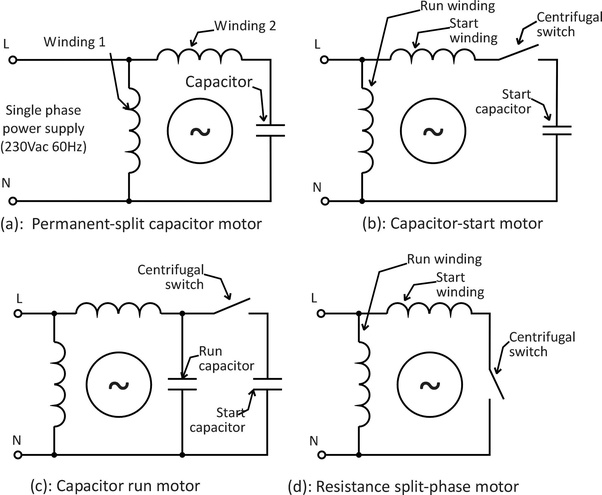 The cap-start arrangement (b) is very common in driers, since the centrifugal switch can be used to keep the motor running after being started with a push-button, but that doesn't seem to be the case here, the centrifugal switch isn't visible, is's a generally fairly large black switch block at one end of the motor housings. There's also another board visible with a relay on it. That would suggest that you've got a PSC motor (a) which only needs two connections to it. The resistance measurements suggest that black is the common, and the brown would be the live feed, though I'm not sure why there would be an additional wire on the yellow then. Sometimes these manufacturers do really cheesy tricks like powering the controls off one winding on a motor.

After going through a lot of googling and forums it seems this is motor is one the most simple ac motors out there. No centrifugal switch, just 2 coils. The black wire IS NOT GROUND!! to run the motor I attached the black wire to one of either brown or yellow wires.