I would like to remove the n27 sockets from household light fixtures and replace them with LED lights used in the automotive industry. I would like to put a reasonable amount of LEDs in the fixture to provide commensurate light of say, a 100 watt bulb. I would like to have a light in every room (7) and run them off of a 12v battery charged by PV. Obviously wired seperate from the AC system which will be abandoned. My question is do I have to regulate amperage. If how or what do I do that with, do I need it for each light fixture? If not you're my new favorite.

If the lamps are designed for 12V automotive use, then no current limiting is required. Simply connect a small cluster of them in place of each 100W lamp.

You will need to work out how many 12V lamps you need to replace each 100W lamp. Try to source decent quality ones that have a quoted lumens rating.

While you don't need a current limiter, do put a fuse in the circuit near the battery. A 12V battery can easily put out enough current to melt your house wiring if you accidentally short something out. The fuse needs to match the current rating of your house wiring and the switches used.

There is a risk that large numbers of 12V lamps will end up exceeding the current rating of your wiring. In that case, you will have to split it into several circuits, each with its own fuse.

I do not know what an N27 socket is but I can possibly help.

Using automotive with PV may not be a good match. In automotive efficiency is not a priority. There is plenty of 12V power to waste.

If you were to use original brand name parts like Mercedes or BMW then you would have the reliability. No name replacement parts would not be a good choice either.

For purposes of this suggestion, I am assuming you are going to create your own circuit board.
I assume you want something very efficient.
The most efficient LED today is the mid-powered Samsung LM301B.
You would need about 28 of them for 1500 lumens.

These will work well for a simplified fixed, non-dimable fixture.
Because their forward voltage is slightly below 3V at 2.8V,
four of them in series is efficiently (≈93%) powered by 12V and a current limiting resistor.

Wire them in sets of 7 in parallel, and wire in series 4 of the parallel sets of 7.
Wire them to 12V with a 1 Watt 1.62Ω 1% resistor in series.
This would be 71 mA per LED just slightly (6 mA) over its "test current".
Total power consumption 6W for about 1500 lumens. The cost of the LEDs for 7 fixtures (7 x 28 LEDs) would be about $45US (22¢ ea.). This can be reduced by using less LEDs. You could cut this $45 in half and double the current. 28 LEDs is conservative which leaves room for error and the generation of less heat and maximum efficiency.

This is the most efficient 12V, 1500 lumen light source you could possibly build.

You could improve efficiency by lowering the 12V to 11.4V using a 0.2Ω resistor. This is a ballpark number, you would have to measure the exact forward voltage to calculate a precise resistor value and the 11.4V supply would have to be very stable.

You could push them a little harder (1Ω resistor/100 mA per LED) raising their Vf and the wall watt efficiency will increase but may get warm enough to need a heatsink if pushed too hard.

Light bulbs are best for incandescent. For LED lighting, strips of LED are far superior. Cramming a bunch of LEDs in to a small space is very inefficient.

If you had a 20V supply you could use Samsung F-Series Gen3 or Bridgelux EB Series Gen 2 strips. Very inexpensive ($4US) and the most efficient off the shelf LED strips.

Note about lumens and diffusers.

While I specified that 28 LM301B LEDs would be about 1500 lumens, that is where the LEDs are not covered or diffused.

An LED light bulb must have enough LEDs to produce more than 1500 lumens because the diffusing light bulb cover is going to absorb a significant amount of light. Figure about 30% loss.

For indoor lighting, when appropriate, I bounce the light off a white ceiling or wall.

This is four high power white LEDs in series with a 2Ω resistor powered with a 12V UPS. 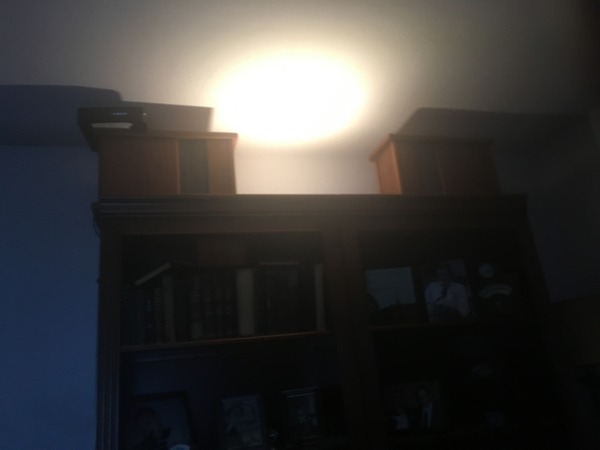 For 12V wiring throughout the house I bought this on Amazon for $25. All I wanted was the box and fuse panel. The power supply was crap. Enclosing a power supply in this box is not recommend. Very poor heat transfer characteristics. 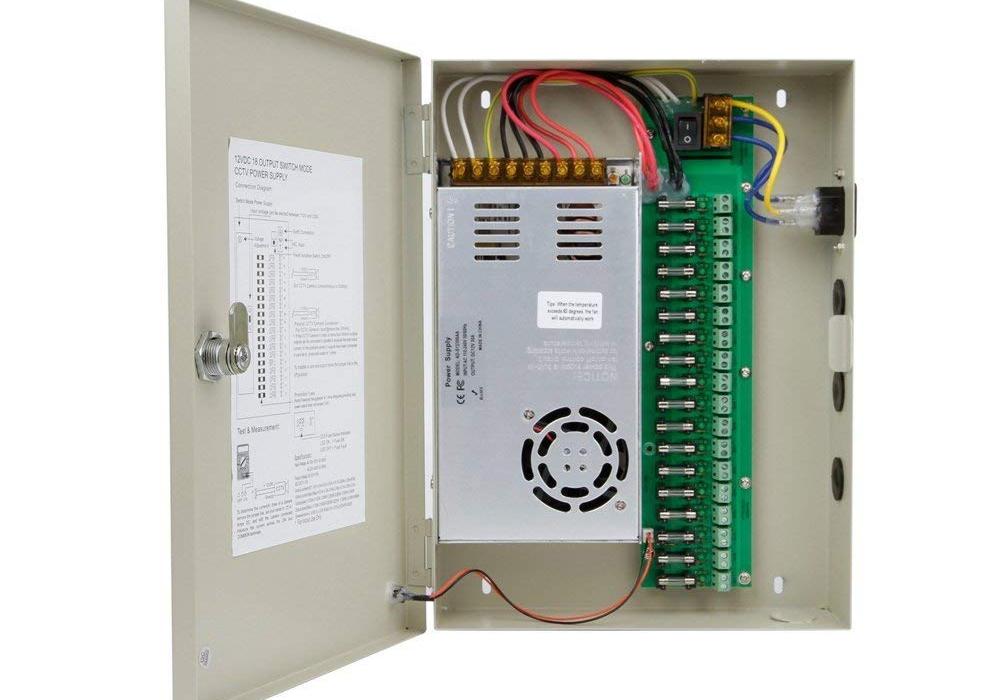 Not the answer you're looking for? Browse other questions tagged led amperage battery-operated 12v or ask your own question.