I'm moving into my car and I may need to wire up ventilation that doesn't depend on the engine running. So I found these case fans. However, because I'm not going to be using the car battery, I need a power source. I've been looking at a few power stations such as this one, but nowadays I tend not to trust obscure sellers on Amazon; regardless of the review rating, and even though the price is more than I want to spend it's far less than the going rate for the same specs, which screams to me "to good to be true".

I found these rechargeable D cells on Amazon. They're 10Ah each. If I wire up seven of them in parallel that should give me 70Ah at 1.2V or 84Wh; for anyone that knows what the usable percentage of that will be, that would be helpful. So it would appear that with six of these batteries fully charged, I'll have the energy to fully power the fans at full blast all night long. Is this correct? -- assuming they could run at 1.2V, which they can't.

Now, I'm going to have to step them up. And since we're assuming max load, that puts me at 7Ah at 12V. Will stepping it up reduce the energy enough such that I need to add more cells?

And finally, I'd like to be able to charge them while the car is running, transparently, i.e. without having to remove them from the circuit. Can they be both attached to the fan circuit and wired up to be charged simultaneously? Is running the fans off them and charging them at the same time possible?

So to summarize the important questions:

That's all I got I think. Any help would be greatly appreciated!

The Fans you have selected are quite reasonable: you can find more data on them here.

Arctic characterize the fans this way: 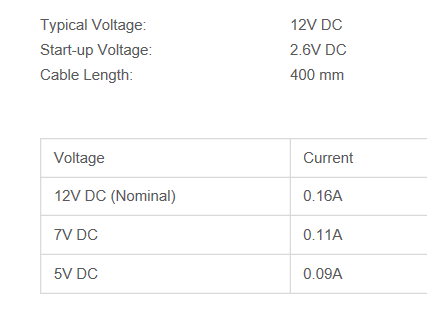 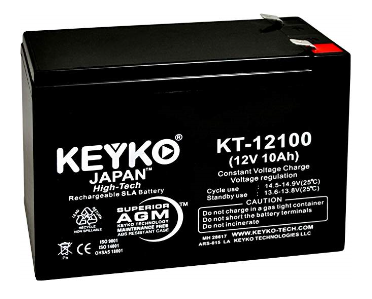 If you have not yet committed to the fans, I'd suggest that you get 4 wire fans. These have a separate speed (PWM) signal, and are internally intelligent enough to ensure they start at whatever speed you set.
The really nice feature is that you can run the fans on 12V (or at least the 13.8 - 10V range you use an SLA battery) all the time, and simply send a digital signal to tell them the speed to run at.
As you can see from the Arctic data on the F8, you don't need to change the supply voltage (which is what the high powered 3 wire PWMs do) and can still reduce the speed and the power consumption. 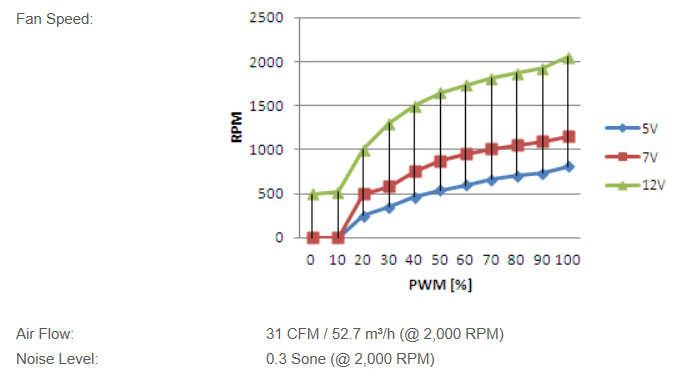 Arctic also show an F9 PWM fan, and it's not that much more expensive, but I don't see it for sale other than singly on Amazon.

BLDC Fans are pretty cool, pun intended. The load current rises with voltage so they have like a resistive load with some ripple current.

An average car battery in good shape is is 50Ah with 12V avg (12.5 to 11.5) thus offers 600Wh. But often car batteries are fickle and have lots of CCA starting power but unknown Ah due to acid specific gravity in each cell and metallic particles in the acid shorting out a cell briefly. They can start one minute then die shortly after when due for replacement.

So a spare lead-acid battery perhaps mounted securely in the trunk, is your best bet purchased cheaper from a scrap yard.

The charge connection can be a headlamp relay and switch in series between batteries to indicate charge current, energized by ignition voltage from the cig, lighter or equiv.

This avoids large load surges on your alternator diodes, a frequent cause of faulty alternators.

In general, the best battery is closely matched to your load requirements for several days to allow for graceful ageing and include a compatible chemistry profile charger. Boost regulators are possible but do not add capacity so series-parallel arrays near the 12V target are best.

Not the answer you're looking for? Browse other questions tagged circuit-design cell-battery or ask your own question.

5
Can PWM affect a brushless DC fan given sufficient time?

3
Replacing 18650 cells in laptop battery with greater capacity ones
1
Check my automotive solid-state power switch schematic for mistakes
4
A 13.8 volt radio battery from 18650 cells
0
Powering circuit from output of H-Bridge
0
To what extent can you mix button cell batteries?
1
Converting 6c (3s2p,4.5v) DC motor to 1s4p 18650 charging/protection
0
Unusual behaviour between two seperate electrical circuits in a race-car
2
Components calculations for this circuit. Is my reasoning right?