Why is the transformer impedance given in percentage?

I have just talked to an Electrical Engineer and he referred to the impedance of a 3 phase transformer/rectifier with line reactors as 41% (8% transformer and 33% reactor). I asked him what these % meant because to me with a Telecommunications and Electronics background impedance was given in Ohm, I didn't understand his explanation or what these % were referring to and he didn't know how to transform these % to Ohm.

Can you please help me clarify this?

Electric power guys want to use relative (= per unit) values because things are easy to compare and combine, no matter on which side of a transformer they reside. The voltages currents and impedances are presented related to the rated values.

Transformers cause voltage loss and limit short circuit current due the losses and stray inductances. In per unit - notation the transformer is considered a series impedance. The impedance as percent is the voltage loss that impedance causes as a percent of the rated voltage when the current drawn is the rated current.

In your case the power engineer said that there is a total series impedance of 41% of rated voltage/rated current which limits the current. Only 8% is caused by the transformer, the extras are added reactive components. That series impedance is in every phase line.

In your case the rated line to line voltage is 600V. One line rated current is 120A. You can consider there is in every phase line a series impedance of 0,41 * 600V/(sqrt(3) * 120A) = 1,18 Ohm when all impedances are reduced to the primary side and the transformer is considered ideal.

You can reduce impedances to the secondary side too and get different numbers. Electric power guys avoid that shuffling totally by using their relative system.

Obviously the transformer outputs a lot more than 70kV with no load because at full load 41% of the voltage is lost by the series impedance. Unfortunately I'm not sure how that 70kV has been got because the rectification principle affects radically.

Short circuit impedance tests or Zsc calculate the incremental voltage rise over the short-circuit current on the secondary side by raising the input voltage slowly to achieve the output rated current.

This is usually defined without units or abbreviated as "per unit" = "pu" or p.u.

Thus Zpu = 10% pu is a common metric for medium size transformers which is also a variation of the power supply load regulation error used for DC but measured as an incremental output impedance. 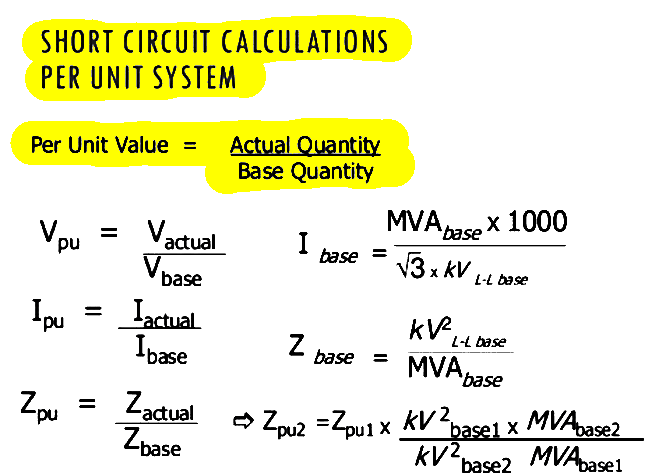 Not the answer you're looking for? Browse other questions tagged transformer impedance dc-transformer or ask your own question.