Would a standardized graphics chip socket be sensible? [closed]

I am not an EE, and so I'm running this conjecture on breaking out the GPU from the CPU by folks who have better knowledge than me. Perhaps you can point out something I don't know about modern CPU architecture.

Many modern processors provide integrated graphics, with the exception of some AMD processors which provide additional cores in some models (Ryzen 5 2600) and integrated graphics in others (Ryzen 5 2400G). Off-chip graphics currently use a PCI-Express bus, while on-chip graphics appear to the OS as some kind of IO device on some kind of bus (details unimportant: figuring out bus and device is what your OS does).

Per my understanding, a CPU may execute extended instructions such as for FPU; whereas a graphics chipset is a self-contained computing platform performing I/O on a working set on its own. Software does not intermix GPU instructions with CPU instructions, and the GPU doesn't operate on the same RAM; rather the GPU has its own processing frequency, its own instruction stream, and its own RAM space.

This suggests to me that a GPU off CPU would be sensible. Just as modern PCI-Express graphics adapters use a generic interface, a GPU chip could use a standardized socket interface. The CPU could connect it to a bus and provide RAM; while the output pins could route to whatever chipset encodes to HDMI, DVI, or other video output port.

A CPU could assign the GPU's video range to a DMA-mapped area of RAM, or it could allocate a separate RAM channel (e.g. one or two RAM slots) to a second MMU which services the GPU, thus avoiding contention with the CPU. An MMU capable of shared access can also disable its own access to a RAM slot and enable a secondary MMU, making this configurable. The CPU would allow the GPU DMA access to system RAM so it could copy data into its own memory space just like a graphics card.

This seems to leave one trade-off: the VRAM would be regular system RAM, rather than GDDR5 or LPDDR4 or whatever the manufacturer wants to stick on their card.

If the above is correct, then there's no real advantage to integrating the GPU with the CPU on non-embedded systems; whereas providing a GPU socket would allow pairing better CPUs with separate low-cost GPUs. A desktop PC doesn't make sense as a SoC, while a dedicated socket for a GPU makes sense because every PC needs some kind of graphics and the interface is routinely standardized across PCI-Express.

Integrating the MMU and north/south bridge makes plenty of sense due to the specific hardware interdependence and large amounts of data passed between each continuously: this saves latency.

Likewise, graphics card DMA would go across the MMU in the CPU, tightly-coupling these. The MMU would expose a chunk of RAM just like it works with integrated graphics; if the GPU wants to manage virtual memory, it can treat that as physical RAM and integrate its own MMU, thus avoiding the overhead of an off-chip MMU. This seems no different than on-die GPU.

Does all of this make sense, or is there some enormous advantage I'm missing (besides separate package cost) having the GPU on the same die instead of plugged into a nearby socket?

I think you're misunderstanding the situation a bit. There already is a specialized socket for GPUs -- that's what PCI Express x16 is! Like AGP before it, PCI Express is a fast bus designed to support communication between the CPU and GPU. (It also happens to be a PCI replacement, which is convenient for other peripherals.)

Integrated GPU/CPU combos target low-end and low-power systems. They're designed to be cheap and run cool. The nature of these systems is that their users fundamentally don't care about the GPU. It's just there to accelerate the graphics of the OS and maybe do some light gaming. Intel's GPUs were already on the low-performance end, so this was a good niche for them to target. AMD followed suit to compete in that space. If you care about GPU performance, you buy a discrete GPU.

So what does having a motherboard socket instead of a PCIx slot get you? Sharing system RAM is a very bad idea because high-end GPUs actually do need a ton of RAM. You'd need to cram another large heat sink/fan combo on the motherboard. And you'd end up basically reinventing PCI Express to communicate with the GPU.

Yes, it should be possible to make pluggable GPU, but why? I think memory-sharing is going to be a biggest problem: AFAIK, there are no current standards around for that, so manufacturer would either have to make one from scratch (a lot of work), or only sell a few GPU models per CPU. Either way, you would have to send extremely high speed memory connections over multiple physical connectors and deal with all sorts of random memory chips users might insert. I do not think this will work very well at all.

And if you decided to bundle the memory with GPU, then you can just use PCI Express for the bus, and maybe change a connector a bit to add video output lines. Then you get a mobile video card -- those exist, MXM is the latest standard. Examples:

Does all of this make sense, or is there some enormous advantage I'm missing (besides separate package cost) having the GPU on the same die instead of plugged into a nearby socket?

There is an advantage, the first one is size which for laptops having the CPU and GPU in the same package reduces the size somewhat. It reduces layout constraints on the motherboard (all of those traces are in the same package, not on the PCB). The other benefit is with both dies in the same package they can share a heatsink, which also saves space (which the industry trends smaller especially with newer laptops and tablets).

As far as the architecture, they could also share memory, and it would be more advantageous to move the GPU to a direct processor link. As for now everything is still routed through the north bridge chipset (which is more commonly on die with the CPU). You also get shorter traces between dies, which saves time, as for now the changes are mostly physical as the data is still routed through the north bridge and PCI lanes on most CPU/GPU chips. 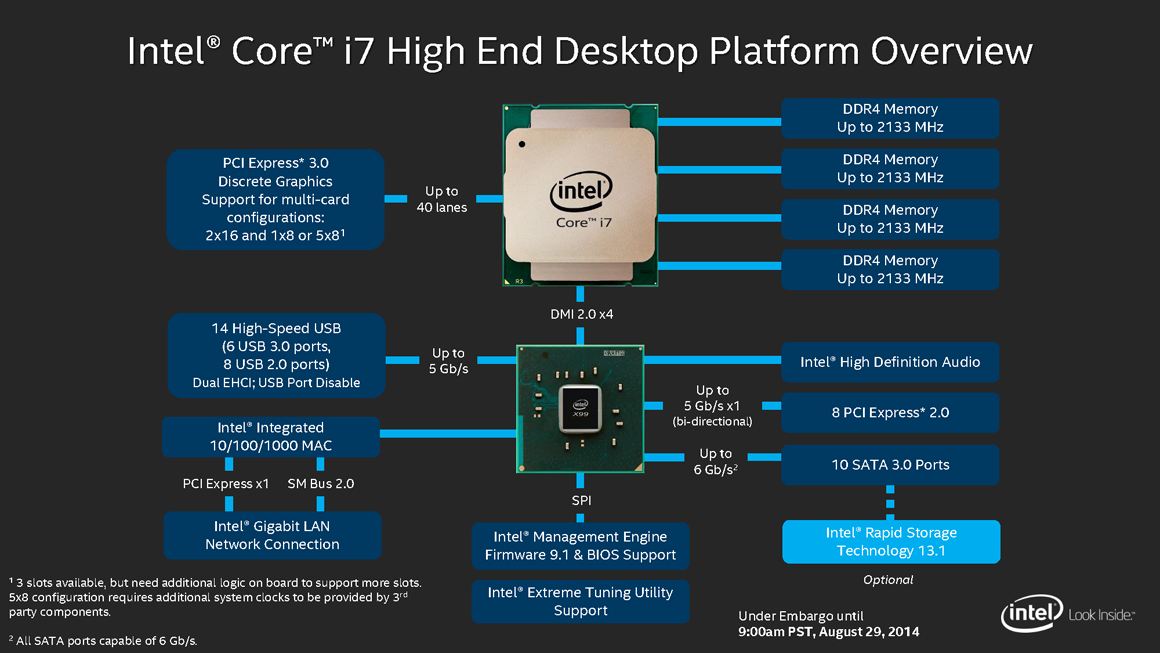 Not the answer you're looking for? Browse other questions tagged cpu computer-architecture gpu or ask your own question.

1
Design question for GPU
0
is it possible to mix chipsets
61
Why is RAM not put on the CPU chip?
19
Does a CPU completely freeze when using a DMA?
24
Why do CPU's typically connect to only one bus?
4
USB Camera to GPU Memory Directly