Assertion: The noise due to quantization error for an ideal 12-bit ADC gives a signal to noise ratio of 74dB, assuming a signal with full dynamic range at the input.

Suppose I was using an ideal ADC to sample a noiseless analogue signal (i.e. analogue circuitry did not introduce any additional noise to the original input signal). And suppose I was using a low pass filter such that signal attenuation at 1kHz was -74dB. Is it true to say that sampling at greater than 2kHz is called oversampling, and that oversampling will not improve the SNR?

Edit1: 'Low pass filter' is an analogue filter in the above question 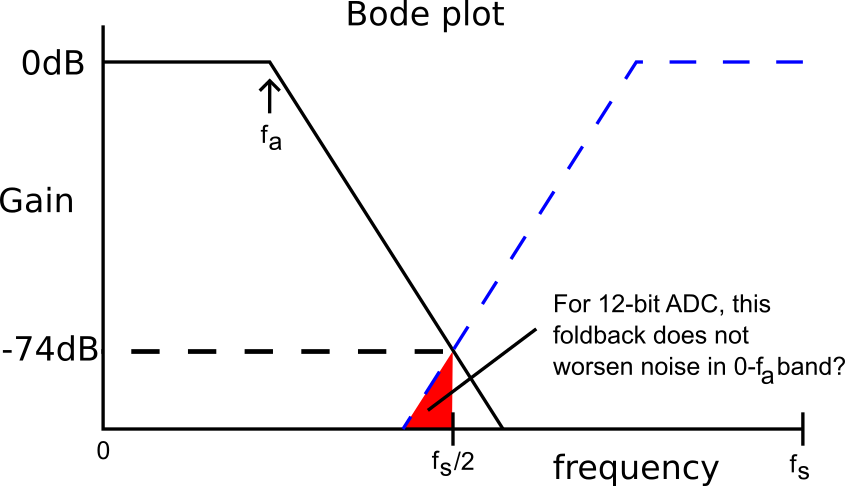 Even if quantization noise is the only source of error in your system, oversampling allows you to spread that noise over a wider bandwidth, and noise shaping allows you to move most of the noise energy to a frequency band that you don't care about, improving the SNR in the band of interest.

First of all if your signal of interest is 50 Hz maximum then providing your sampling rate is greater than twice 50 Hz you don't need an anti alias filter. However, sampling at a higher rate does improve the ability to restore that signal back to an analogue waveform without loss of amplitude. Consider these two scenarios: - 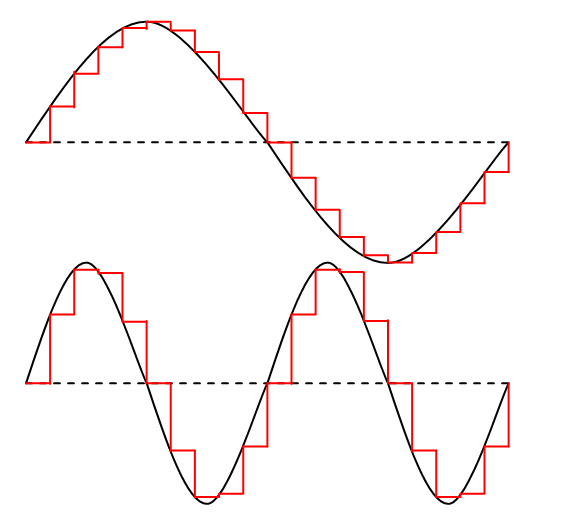 That noise is "out of band" and, when reconstructed with a DAC, it can be filtered away but, using a flat filter will result in an observed attenuation of higher frequency base band signals.

It probably can't be easily seen but, the RMS values of both sampled waveforms are identical but one contains more sampling noise than the other hence its baseband spectrum must be reduced. 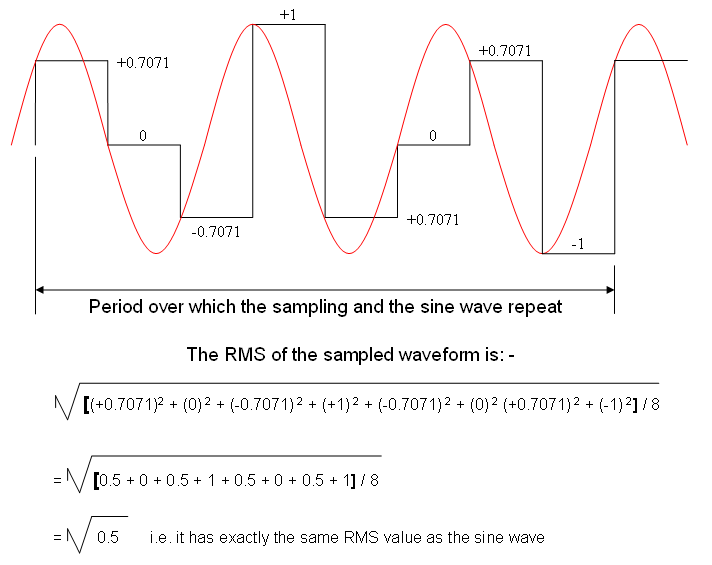 This means that sampling at a higher frequency can avoid an anti-sinc filter.

Not the answer you're looking for? Browse other questions tagged adc oversampling or ask your own question.