Some sort of Sim card in Fax machine

I took apart our old Fax machine. And I found some weird Sim Card (See size compared to a regular sim card).

I wonder what such a card is doing in a fax machine. Also I'm wondering what else I could do with this card plus reader. Since I have the reader as well I need to know how to hook it up. 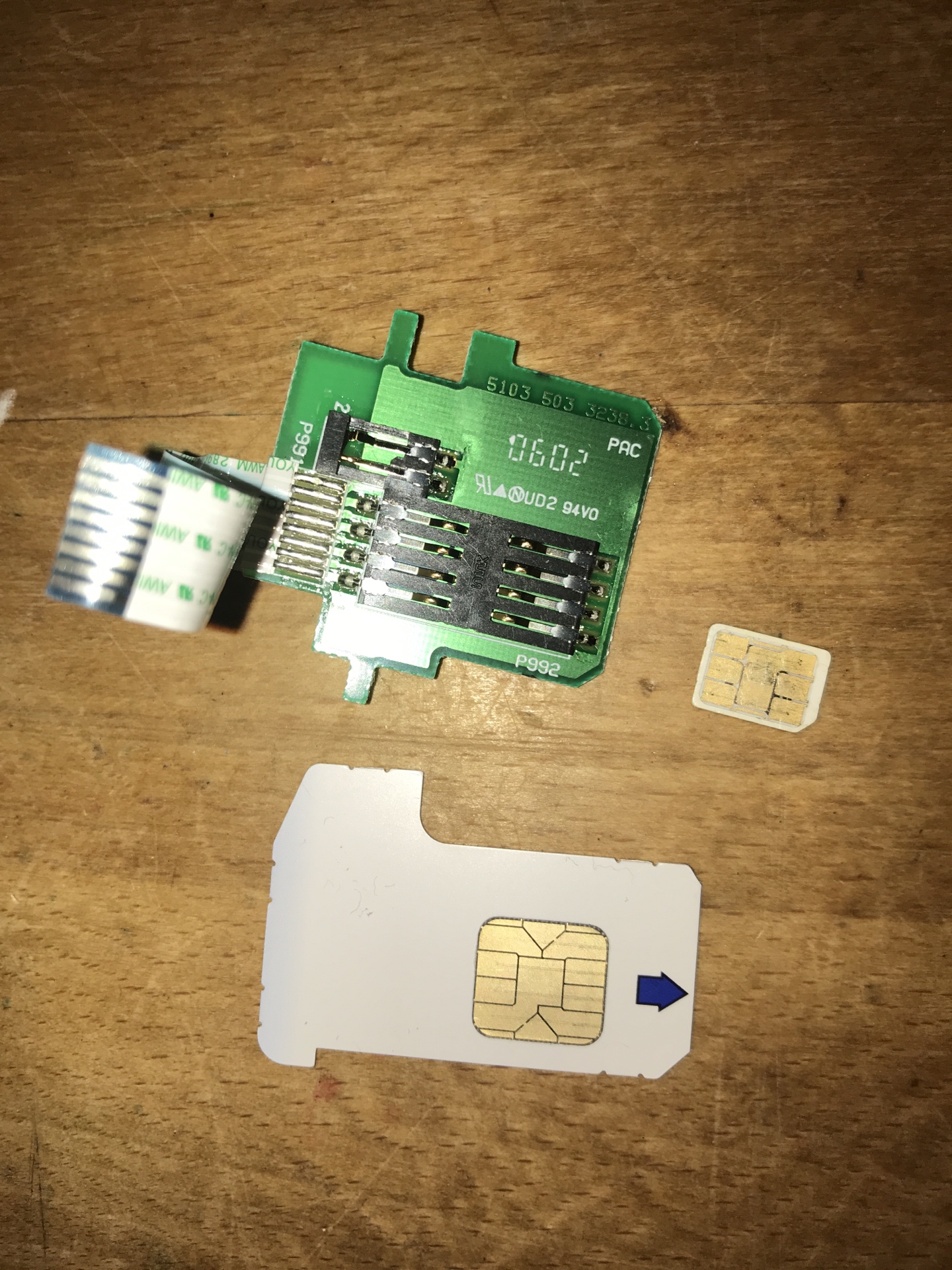 First some background on sims.

The contact arrangements of Sim cards are based on ISO smart-cards. Originally they were the same size as credit cards (and the outer plastic SIM cards are shipped in still is) but quickly space constraints resulted in a reduced size version technically called "mini sim" being the dominant size in nearly every phone. Mini sim was the dominant size for years (afaict it became ubiquitous before 2000 and remained so until the release of the ipad in 2010), so much so that everyone just thought of it as the standard size.

Much later even smaller sizes "micro sim" and "nano sim" came along driven by phone vendors desire to save space. In the process some optional and rarely used contacts from original smart-card form factor were dropped but the relative positions of the remaining contacts stayed the same allowing a single card to have punch-outs for all the sizes.

I don't think your card is a sim, it looks reminiscent of one because of it's size and the use of the ISO smartcard style connector but I suspect it is just some generic smart-card in a customised form factor.

My guess would be it is some kind of license key or similar designed to frustrate reverse engineers and/or to allow the same physical machine to be sold with different feature sets (possiblly even with upgrades in the field).

Not the answer you're looking for? Browse other questions tagged telecommunications smart-card or ask your own question.