Simplest display for homemade 8080 based computer-what to use? [closed]

I'm designing a 8080 processor based computer and I want it to be able to at least output something visually.

I have thought about using SMD LED matrix made by myself, but even with the 160 x 120 px it would cost about $65 for the LEDs themselves, and I'm trying to be as cheap as possible here, plus that requires a ton of soldering, so that's not the best idea.

The second one of my ideas would be to use a soviet CRT oscilloscope tube 6ŁO1I, but that requires generating X and Y signals and synchronising them together with the modulation of brightness, and that is also pretty complicated, at least for me.

I want the display to be serviced by a DMA controller accessing the part of RAM that is not entirely free to use because its addresses would correspond to EPROM adresses (writing to them would cause the data to be written into the RAM and reading would read from EPROM, unless an addressable D-latch is triggered, so the RAM can be read form the "EPROM region". And finally, I heard about Intel's 8275 CRT controller and that it's possible to use it as a composite video output, however I lack the knowledge about TV signals and i am afraid i wouldn't be able to make it work properly.

Can anyone help me with that? I know it's an ambitious project and I'm working on certain parts of it individually, but I need to think about everything at once too so I don't forget about implementing something crucial for the operation of the machine it might become.

Thank you for any answer.

You should find plenty of ideas with a web image search. 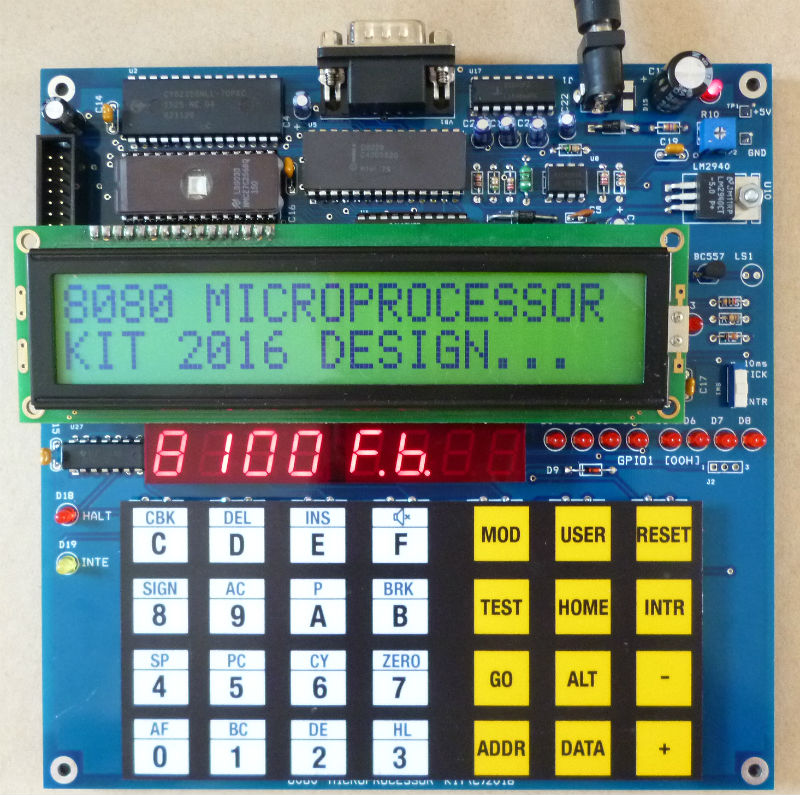 It's well worth studying these schematics to figure out how the systems worked in the old days. You then get a better feel for how some of the internals of the integrated micro-controllers work today.

Not the answer you're looking for? Browse other questions tagged computer-architecture display video graphics 8080 or ask your own question.

3
Video Controller Design
4
RGBHV (VGA) to YPbPr Converter and Waveforms?
9
CPUs for retro computer school project
2
Implementation of a 8-to-256 decoder using BJTs
0
How to connect a frame buffer to an LCD monitor through DisplayPort or DVI in an integrated system
3
How to switch composite video signal inputs to one output
1
Can you get “raw” TFT display panels where you drive the gate and drain lines directly?