Do any commercial products use dead bug construction? [closed]

I'm talking about connecting electronic components without using a PCB. Soldering such an assembly is pretty fast if you have a jig holding the components in place.

(The examples below are laid out in 2D like a PCB, but dead-bug construction often isn't) 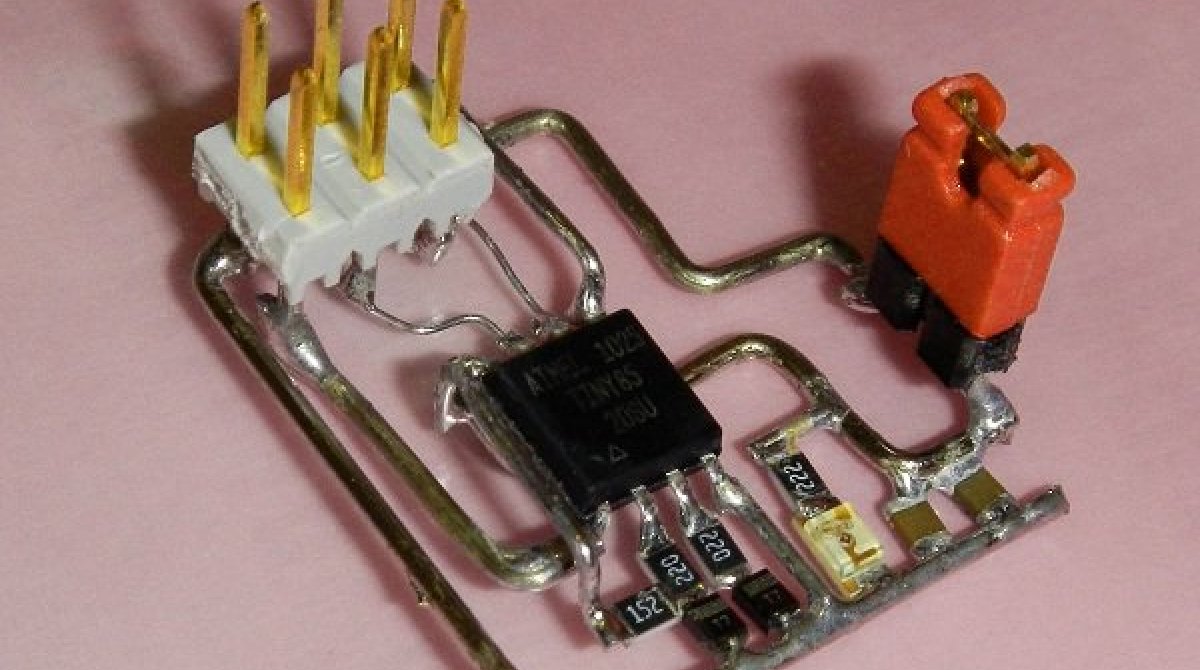 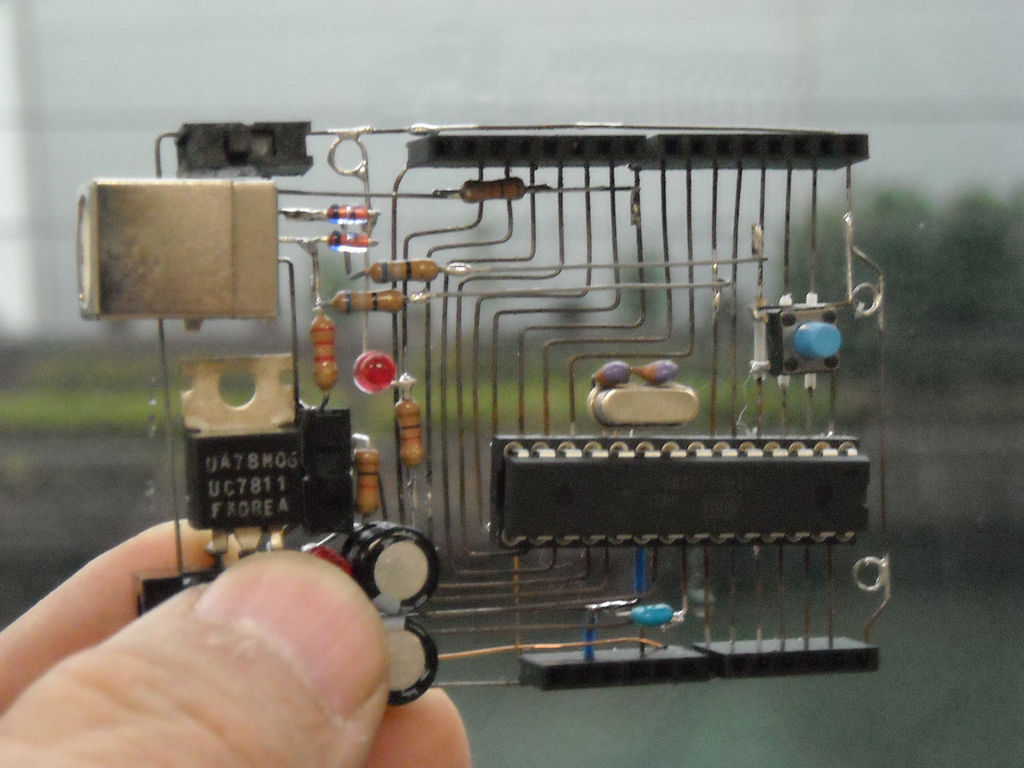 What you are describing is commonly known as point-to-point wiring. There is a subculture of hobbyists/engineers that build air supported circuits of sometimes impressive complexity, one branch of these enthusiasts make use of vintage or barely appropriate components case styles and form factors for novelty value. These are often referred to as Electronics art sculptures and were brought to prominence by Jim Williams while working at Linear Technology. They are not intended to be mass produced. Not all Point-to-point is of the Dead bug style.

One does occasionally see a single component mounted in the air to eliminate board surface leakage currents in sensors of the electro-meter high impedance input type.

Sometimes RF and pulse components may be air supported to simplify conductor trace inductance and capacitance.

Mounting components inside injection moulded plastic is also usually limited to metal conductors or resistive elements and coils that are more robust. This is common in automotive and consumer equipment for cost savings where a PCB is not justified for the few connections needed or the water resistance or mechanical rigidity of the completed assembly is desired.

The norm with such air mounted components is spot welded connections because dispensing of solder or solder paste would be difficult. It is common to see suppression capacitors and chokes spot-welded directly onto motor, solenoid or switch terminals.

Personally I have made runs of under 10 circuits that were air supported that had almost a dozen components and on a rare occasion included some SMD parts but would not consider them for other than prototype use. However this practice is seldom used outside of small quantities as it is not cost effective to automate for more complex arrangements.

I've seen pre-amps dead-bugged onto the back of very sensitive high-speed photodiodes in the past. But these would have been hand-built speciality units with a price tag to match.

1
Suggestion regarding position sensing in a motor operated shaft