Will electrons be taken from a metal plate if a positive charge is applied to it?

I am attempting to understand capacitors better. I know what they do, and mostly what's going on at a lower level, but I lack fundamental knowledge. Do I understand this correct about the single, metal plate? No circuit here; no capacitor here (I think). Just a battery and positive via a wire touching a metal plate.

I could not draw just a metal plate, so I used a capacitor symbol.

I thinks this really answers it, How does a capacitor block DC? 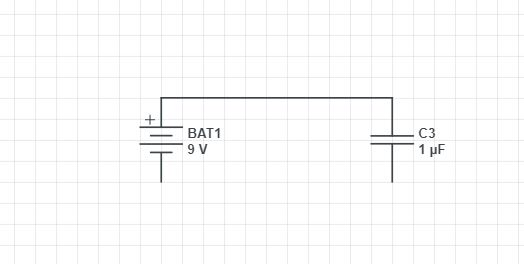 Same with the other way,

Maybe a handful, but definitely not enough to do anything besides equalize the potential (voltage) between the two.

Basically, the only thing that happens is charge balance occurs and the voltage becomes the same between the battery's terminal and the plate.

An extreme example of this is when helicopters hook themselves to the high voltage power lines. There's actually a considerable amount of electrons flowing, but it's not harmful and it's only temporary until the potential is balanced. In this case, the battery is the power line and the plate is the helicopter.

For an ideal circuit? Such as analyzing schematics? The circuit is open. The current remains zero. No charges move. Resistors, capacitors, inductors, these are all two-lead components, and if they are not part of a network loop, no charges can move at all. That's the basic theory we need to learn as beginners.

Now in the real world, the air is not an insulator, but acts as capacitor-dielectric, and also as 10^30 ohm resistors because of cosmic ray ionization, Radon, etc. The capacitor will charge slowly through the "open" circuit, unless the capacitor's dielectric has far lower resistance than the leakage resistor through the open circuit.

Also, the entire circuit is covered with parasitic capacitors. In your schematic, draw some 0.1pF capacitors between all circuit nodes. Also add more of them between every circuit node and the earth. Now, when your capacitor is sitting on the table, it has tiny capacitors connecting both leads to earth-ground. The battery does too. There are also tiny capacitances between the battery leads and the capacitor leads. If you now bring them near, and touch only one terminal together, you're suddenly creating capacitive voltage-dividers.

Then, if your capacitor value was well above 100pF, the tiny parasitic capacitors will be insignificant. No charges move. (If any actually do, well, they're part of voltage-shifts which are way below 1%, and ignored. Also, your entire capacitor becomes slightly charged wrt earth-ground: both plates have excess charge, but no volts between plates.) On the other hand, if your capacitor was 0.5pF, then parasitic capacitances between every wire and earth-ground will seem quite large. Touching one side of the capacitor to one side of the battery will charge up the whole capacitor.

Also see my 1998 bit about Engineer's Capacitor, the solid metal sphere with the microscopic cleft.

Not the answer you're looking for? Browse other questions tagged physics electron or ask your own question.

69
How does a capacitor block DC?

1
Does a battery push and pull or only push?
1
Electron flow at the immediate start of this flip-flop circuit?
14
How does data travel inside a wire?
0
Relation between Amps and Thickness of wires
0
How can an electron have 0 electric potential after exiting a resistor but have current?
6
How can electricity be positive when electrons are negative?