I designed a carrier board for this SOM: https://wiki.solid-run.com/doku.php?id=products:ibx:documents

As I need a second Ethernet port I added an Intel I217 Ethernet controller. Unfortunately it does not show up in the list of PCIe devices on Linux.

This is the first time I designed a device with a PCIe bus. So to be honest I have no idea what could be wrong.

This is the schematic. I tried to follow the Intel application note as good as possible: 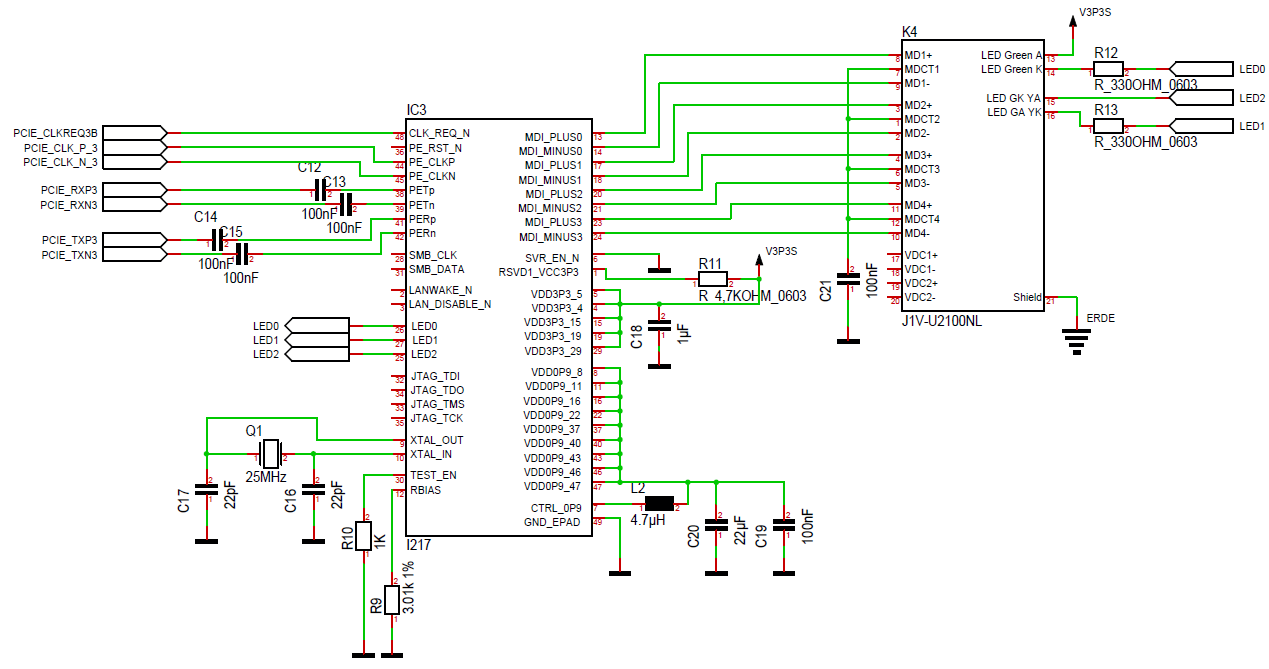 This the layout around the Ethernet controller and the SOM connector: 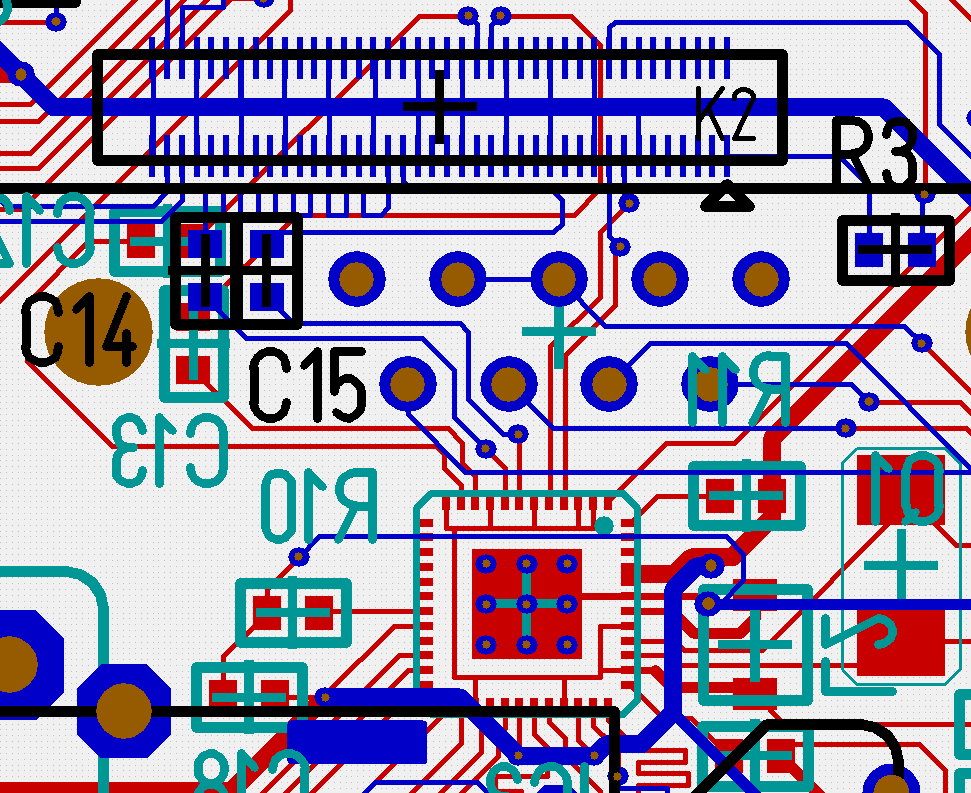 I measured the 3.3V and 0.9V supplies, they both look ok. These are the clock signals: Is this ok? Does anyone have an idea what could be wrong in my design? I am grateful for any help...

TL;DR To be blunt your board is basically scrap. You'll need to start again and redesign it following high frequency routing requirements.

PCIe runs at very high frequencies - even Gen1 PCIe is 1.25GHz (2.5Gbps). At these frequencies you are basically designing traces that guide radio waves round a PCB.

High frequency circuit design requires very careful routing of traces, which are carefully matched to the characteristic impedance of the system you are designing for. In the case of PCIe, you are working with differential pairs which must be carefully routed and matched to either 85Ohm or 100Ohm depending on the system.

In the case of both your high frequency PCIe lanes, you have not routed either of these differentially - for example your N and P lines on the RX trace go off in completely different directions. Your AC couple capacitors on the pairs should also be placed directly next to each other in parallel as close together as possible (and ideally be 0402 or smaller).

The trace width and spacing of your pairs should also be carefully matched to the required characteristic impedance for PCIe, based on the Er of the dielectric material used in your PCB stackup. This will vary from manufacturer to manufacturer, so you need to check with your board house. Additionally you need at a minimum a 4-layer board for PCIe with an unbroken ground plane underneath each differential pair - this forms the reference layer that sets the impedance.

This is an example of what PCIe differential pairs should look like when routed (notice also how the capacitors are routed - side by side, and very symmetrical): 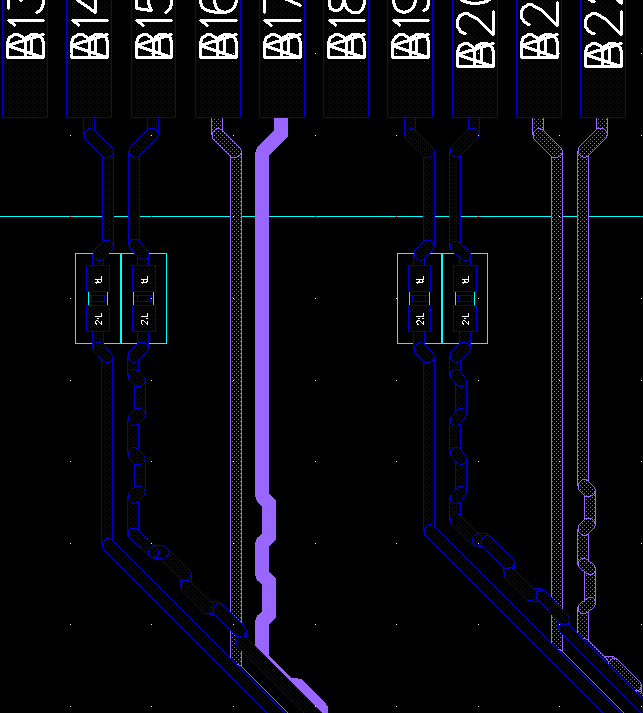 Not shown in this are the inner ground plane layers which are solid underneath the full length of the traces. Additionally not show are a large number of "stitching vias" which are vias connected to GND that run down either side of the traces to connect the ground planes on inner and outer layers. You should have ground vias additionally wherever the differential pairs transition from top layer to bottom layer.

Here is a useful guide on PCIe routing from TI which you should probably read (there are many other such guides on routing that can be found through search engines if the link goes dead).

As a final point, you haven't connected the reset pin on the Ethernet controller either. If this floats it may end up holding the Ethernet chip in reset, at which point it wouldn't work anyway.

Not the answer you're looking for? Browse other questions tagged ethernet pcie or ask your own question.

5
Does this PCIe routing look ok?

4
LAN9512 USB hub and Ethernet Controller Problems
9
How can this layout be improved? (Gigabit Ethernet with discrete magnetics and POE)
0
SPI flash bit-banging access over memory-mapped IO
5
Does this PCIe routing look ok?
1
Avalon-ST PCIe root port in an FPGA
2
Finding an Ethernet transformer when I have it's characteristics
2
Adding fiber optic ethernet to a circuit
1
VL805-Q6 USB 3.0 Host Controller - Windows Freezing Problem
0
NVIDIA Jetson custom carrier board does not booting when PCIE device is attached. How can I track the problem?