I use square wave as the input source to my BJT cascode amplifier. However, I got my output voltage as 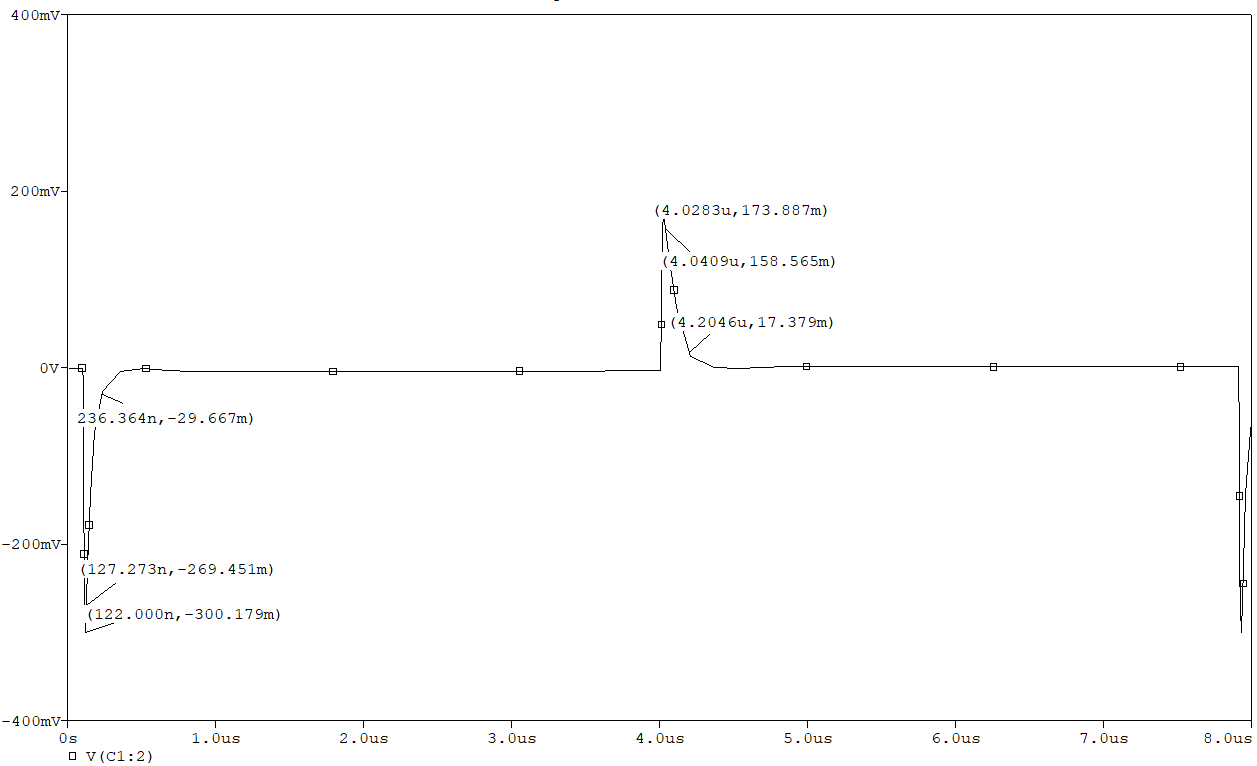 I used transient analysis in PSPICE to obtain the simulation result. Can someone tell me whether the result is correct or the output voltage should be a square wave as well? I think this graph due to capacitor but I am not so sure about it. 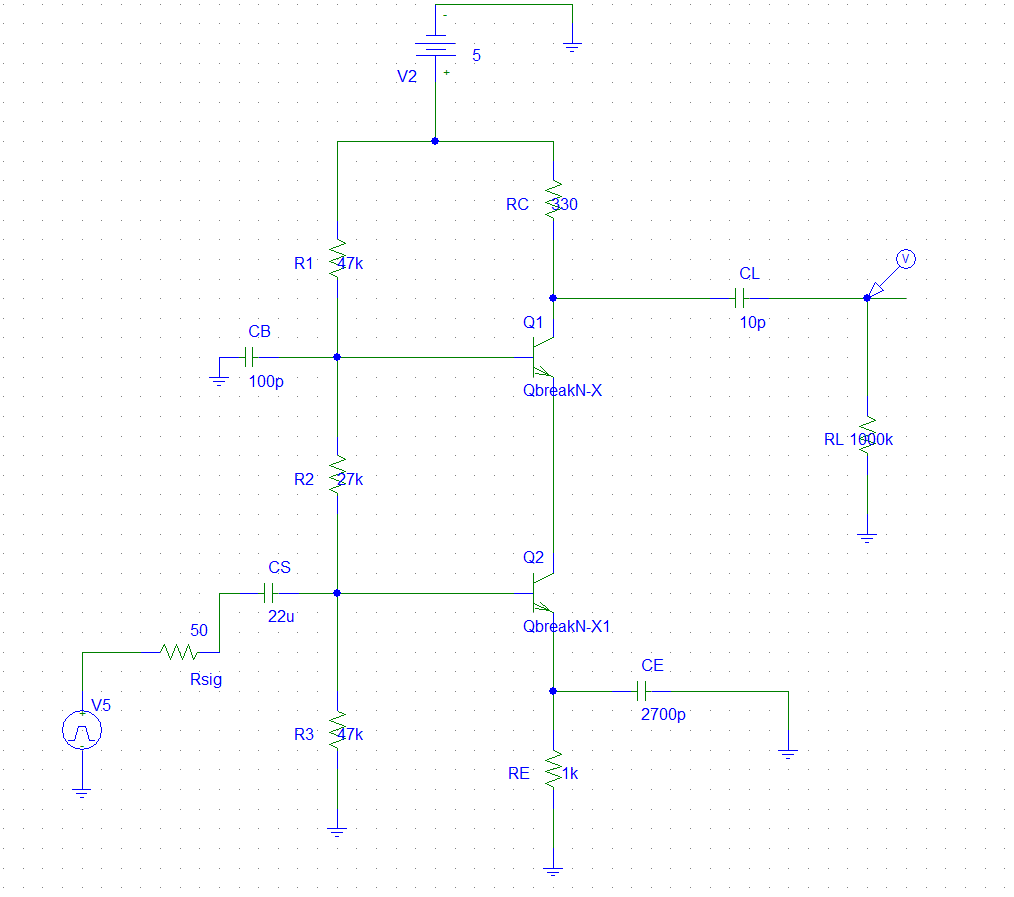 As stated in my comment above, it seems to me that the problem of your circuit is that, at the fundamental frequency of the test input signal \$V_5\$, it behaves as a differentiator. I suggest to follow the steps below in order to see if it is really this the problem of the circuit, and if so solve it

Not the answer you're looking for? Browse other questions tagged bjt pspice transient cascode or ask your own question.