Why does the op amp output in this circuit have low slew rate?

I have the following circuit on a bread board (with the exception of using AD820 instead of AD822 - the main difference based on the datasheets seemed to be one versus two op amps in one package). 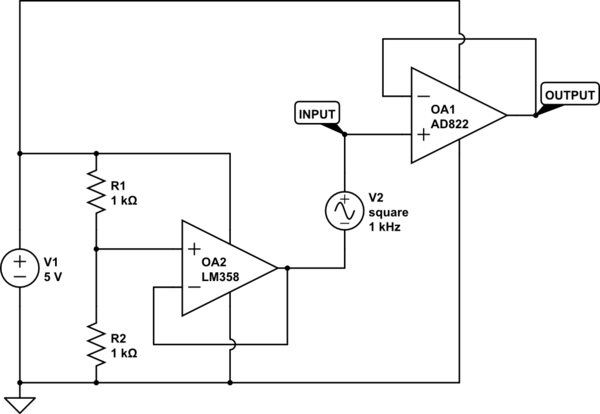 Simulating the above circuit shows a decent square wave both at input and output. However the actual signal I'm seeing on an oscilloscope is below. Here the slew rate seems to be around 1V/40us, not the 3V/us the datasheet describes. 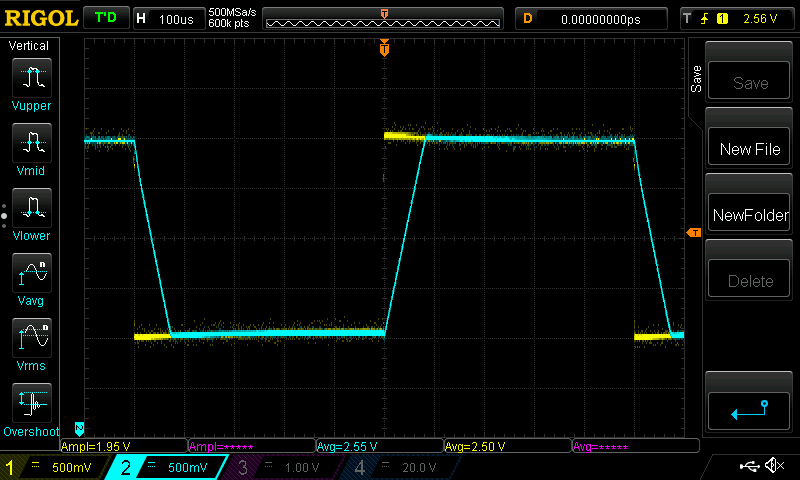 I've also probed the power rails near the AD820 and they were very stable.

The only remaining reason I can come up with myself is that the AD820s I've got are faulty. They are cheap AliExpress specimens after all. If this ends up being the case, is this a common thing with the cheap Chinese chips? 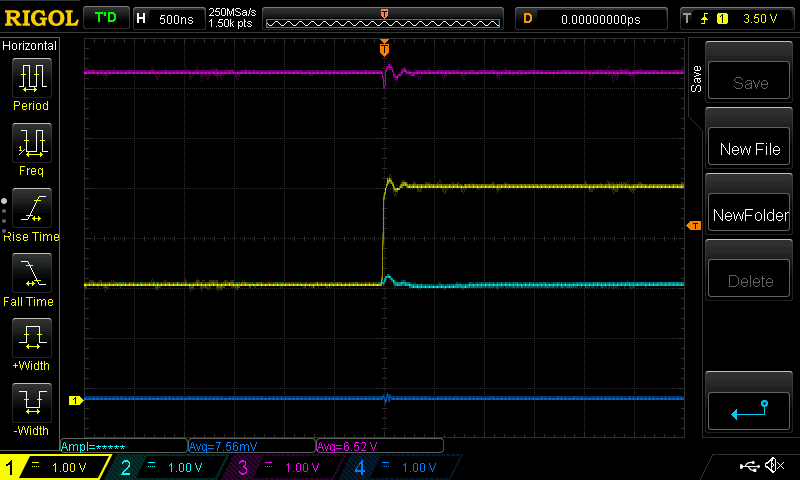 Yes, it is common with cheap Chinese chips. You should also try to measure quiescent current and see how it differs from one that is stated in the datasheet. Chinese manufacturers usually tries to adopt chip design to poorer technology and it results in larger capacitances and higher quiescent currents. Since your op-amp is JFET-buffered it could be the case of a higher Cgs than it should be.

The very first thing I would try would be to use a known-genuine Analog Devices AD82x in place of your mystery chip. What you have could be a much cheaper part remarked or it could be a bad copy. I would lean towards the former. There are distributors such as Mouser and Digikey that will ship almost anywhere.

Aliexpress definitely has some bad sellers and they know it is expensive for customers to return the parts so they seldom have to make good. I have had much better luck with domestic China purchases, believe it or not.

I have seen cheap open collector opamps reliabled as more expensive jfet parts. I have also seen factory seconds that were supposed to be junked being resold from China. Do yourself a favor and buy from Digikey. Your time is more valuable than the few bucks you saved.

Not the answer you're looking for? Browse other questions tagged operational-amplifier square slew-rate or ask your own question.

3
Slow slew-rate of photodiode circuit output
8
Amplifying a PWM signal with an op amp. Is the slew rate a problem?
2
Circuit to limit negative (falling) slew rate only
0
Op-Amp Slew Rate
6
If there exists a cascade of op amps, does the previous op amp's slew rate affect the later op amp's slew rates?
1
Will the DC offset of signal affect the slew rate in an op amp?
0
Inverting OP AMP SLEW RATE
0
Precision amplitude 600kHz square wave generator
10
LM358 measured slew rate much higher than spec
0
Why does my output get supercompensated?