Can the idle state of MOSI cause issues?

I have an issue when communicating with an ADC over SPI. If I imitate the SPI protocol via bitbanging then I have no issues with communication; however, if I use the SPI hardware (I've tried Arduino and mbedOS) then communication fails and no data is received.

The biggest discernible differences are:

I am running in SPI mode 0, as according to the ADC datasheet. I've tried an Arduino Uno and a RedBearLabs Blend V2 (running mbedOS).

Below are two scope grabs of the signals.

I am sending 10000000 on MOSI. The response received is not included in the scope grabs as I believe the issue is with the command sent in the grabs. 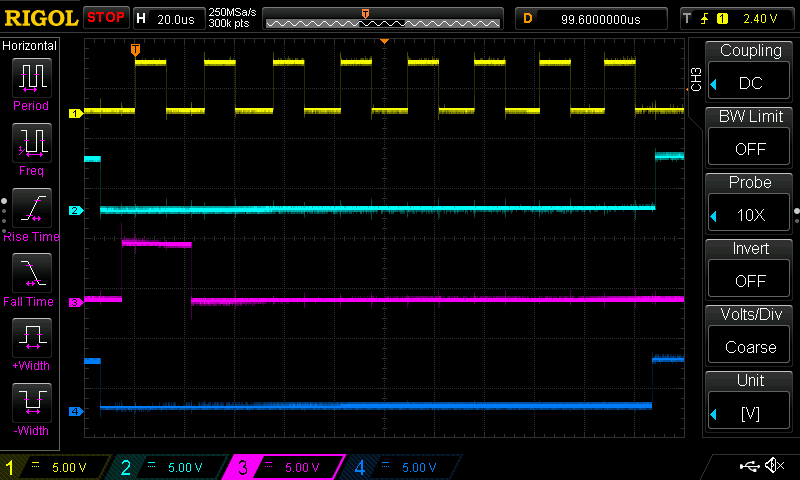 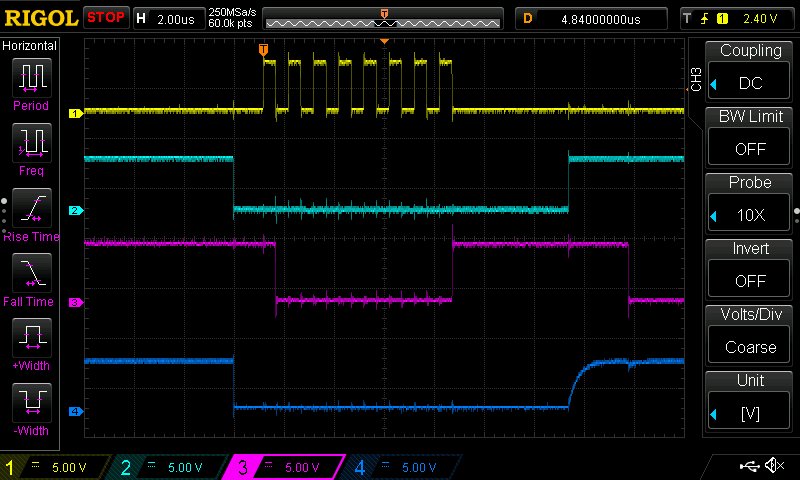 Browse other questions tagged arduino spi mbed or ask your own question.

4
Do any devices support handshaking on SPI-ish bus without extra wires
3
Can Arduino MISO be set as output?
4
SPI Flash device selection using SCLK, MOSI as well as SS?
3
Understanding SPI
2
STM32F2xx: Data from SPI Slave to Master
4
Is it possible to communicate single SPI slave with Two SPI masters
1
Sandisk SDHC Card Responding with Illegal Command to CMD8 by SPI?
1
Interfacing AD7811 ADC with Arduino over SPI
1
The MOSI pin of SPI1 on STM32L073 is not giving output without pull-up resistor