Why voltage source has been connected via inductor at the output of LNA?

I have been reviewing the schematics of LoRaWAN Gateway designed by Microchip (Page 48). The output of the LNA has been connected to voltage source via inductor. 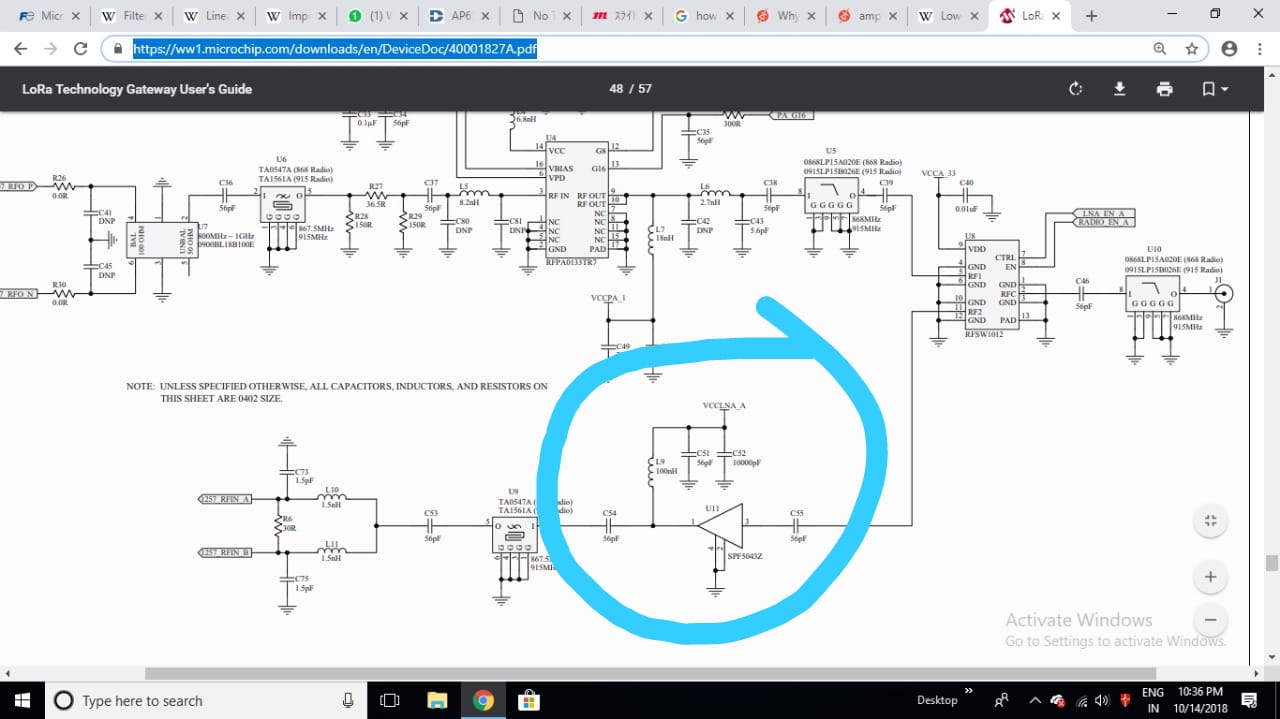 According to me, the LNA module doesn't have power input pin and it requires the power to operate. This particular LNA Module requires power to be applied to the output and the signal will be modulated upon dc voltage. The Inductor makes sure the frequency won't get pass to the power plane. 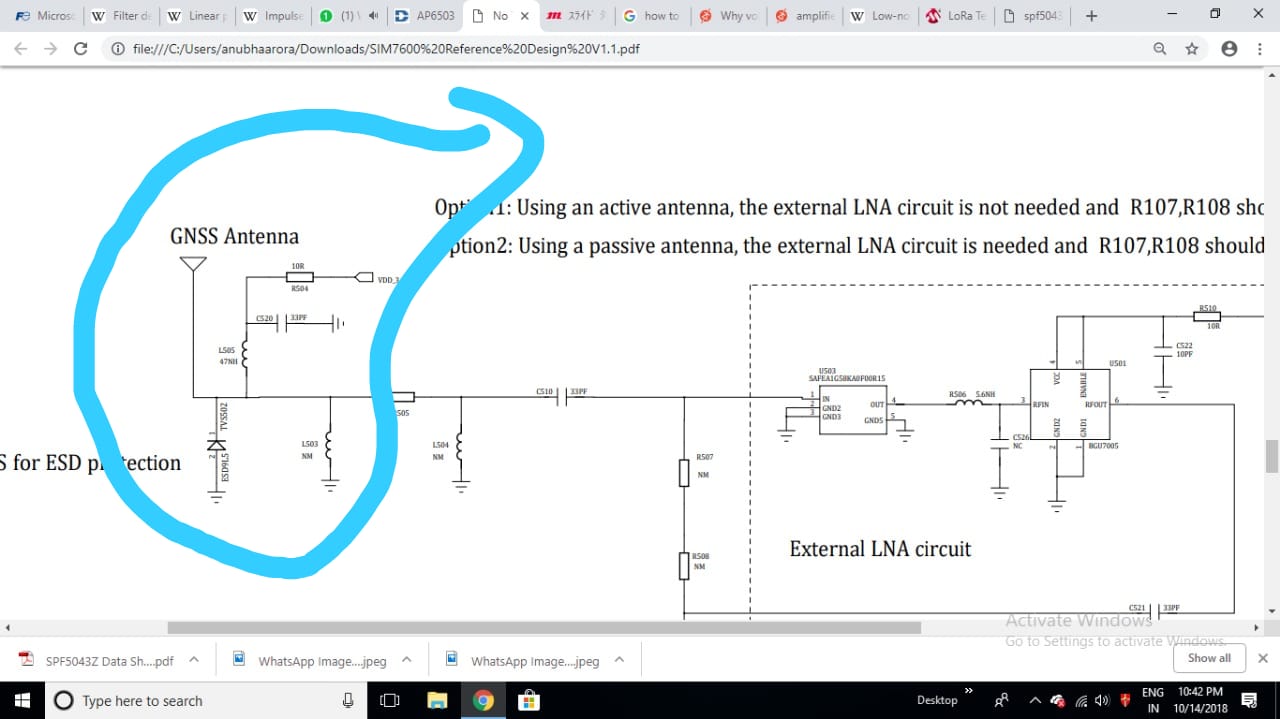 You have only two schematics, but three cases.

The first schematic is one case. The second schematic describes two ways the circuit can be assembled.

To the first schematic:

To the second schematic:

This describes two ways to connect a GNSS antenna.

The simplest requires an active GNSS antenna. Such active antennas require a source of DC power - and they also require the same kind of coupling as the amplifier in the first circuit.

So, you have L505 to provide power to an antenna with an amplifier. You also have C510 to keep the DC out of the rest of the signal path.

The other alternative is to have a passive antenna (no amplifier.)

In this case, you leave out L505 since the antenna doesn't need power.

Since the antenna doesn't have an antenna, you need the amplifier formed from U501 and U503.

U503 doesn't need a power source. It is a passive surface acoustic wave (SAW) filter.

R506 has a value given in nH, and is presumably used to remove any higher frequency stuff that managed to get through the filter. I'm honestly not real sure what is going on there, though.

U501 has a more conventional connection to the DC power supply.

You can select whether to use a passive antenna or an active antenna by installing various jumpers as described in the text to option 1 and option 2. They refer to resistors that aren't shown in the section of the diagram you posted. They call them resistors, but I expect they are zero ohm jumpers that can be placed as resistors.

Not the answer you're looking for? Browse other questions tagged pcb amplifier pcb-design antenna low-noise-amplifier or ask your own question.