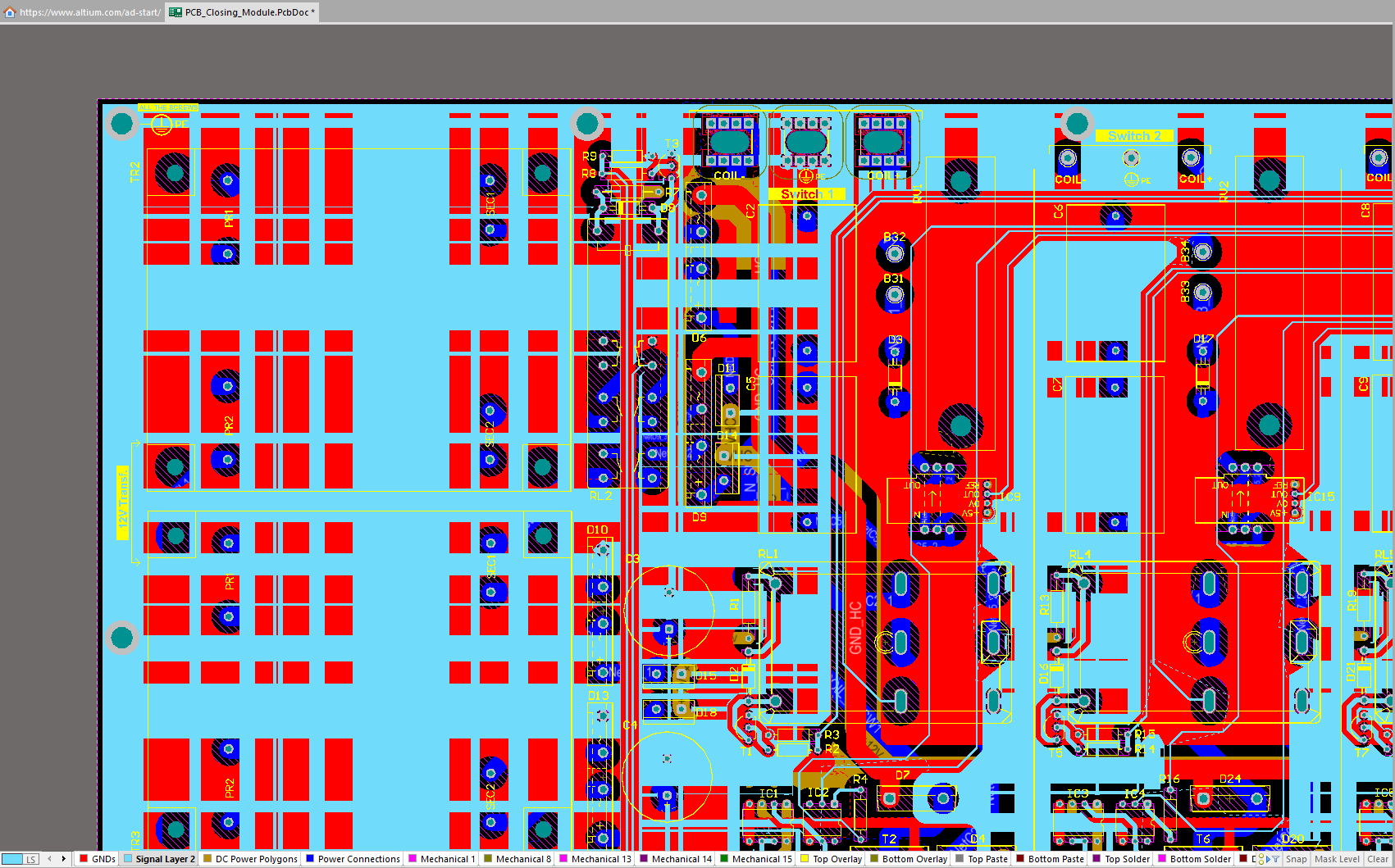 for the others layers the settings of the hatched polygons are the same, and they look like normal solid copper regions (see the red polygons underneath the wrong one). The settings I'm using are the following: 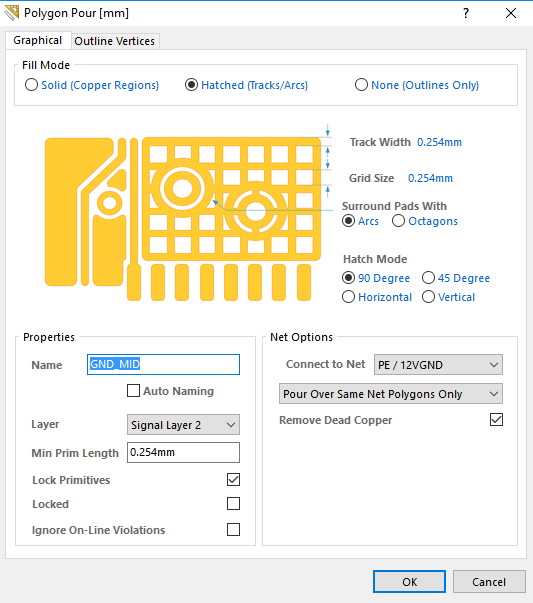 and if I set "solid(copper region)" this is the result (which is the same that I expect also with the hatched one): 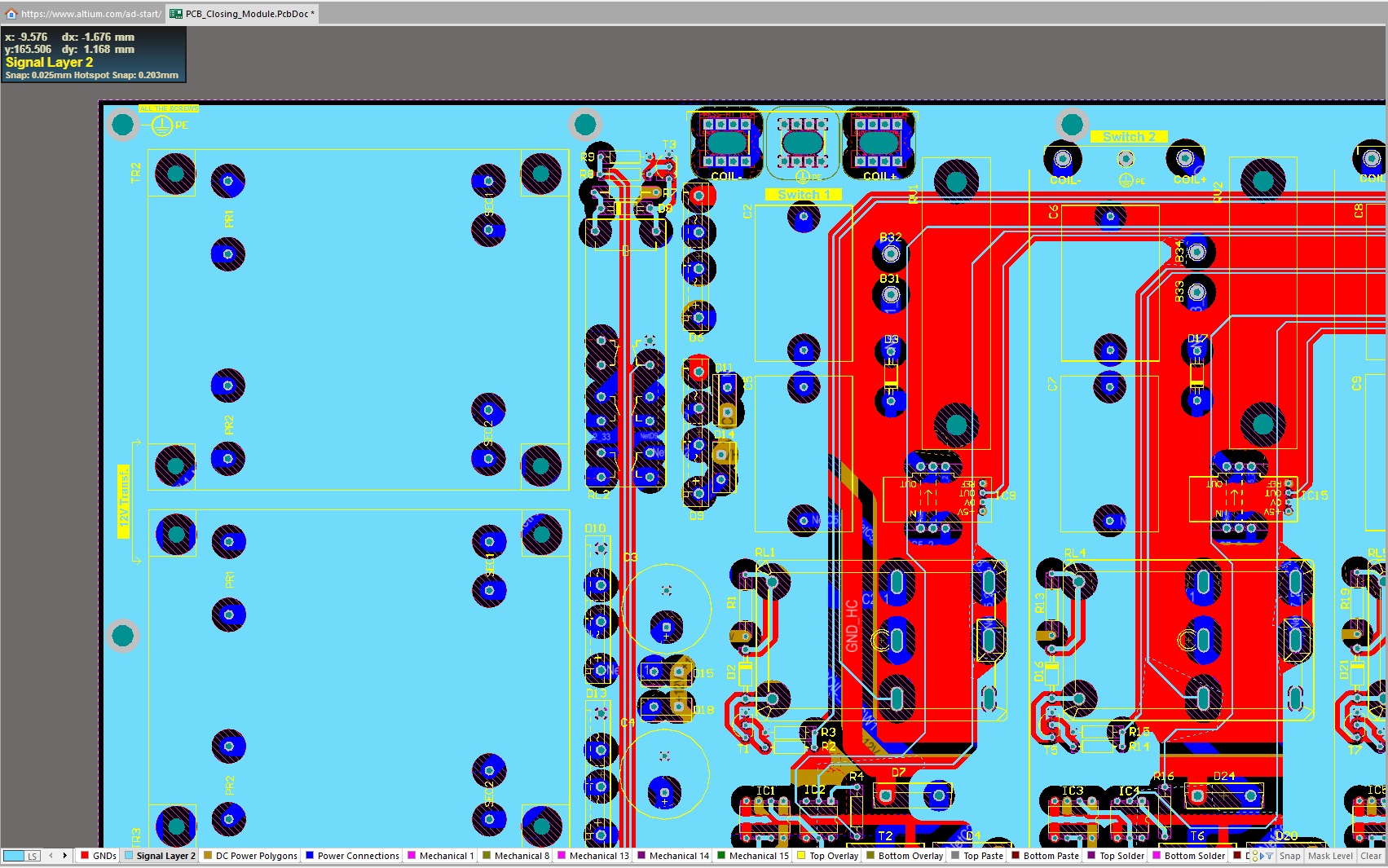 I've checked the polygons rules and everything is as it should, there is no rule concerning only this specific layer. I've also tried to delete and redo the polygon, close and open Altium 17 , and open the project on another computer with a newer version of the software. Have you ever had such problem? Thank you in advance

After playing a bit, since the problem was appearing only in one layer, I tried to copy all the traces and transfer them in a new layer. The problem is relatively disappeared, I'm not getting those holes anymore but now the problem is that close to some pads, there are some small traces not connected to the polygon, as you can see here : 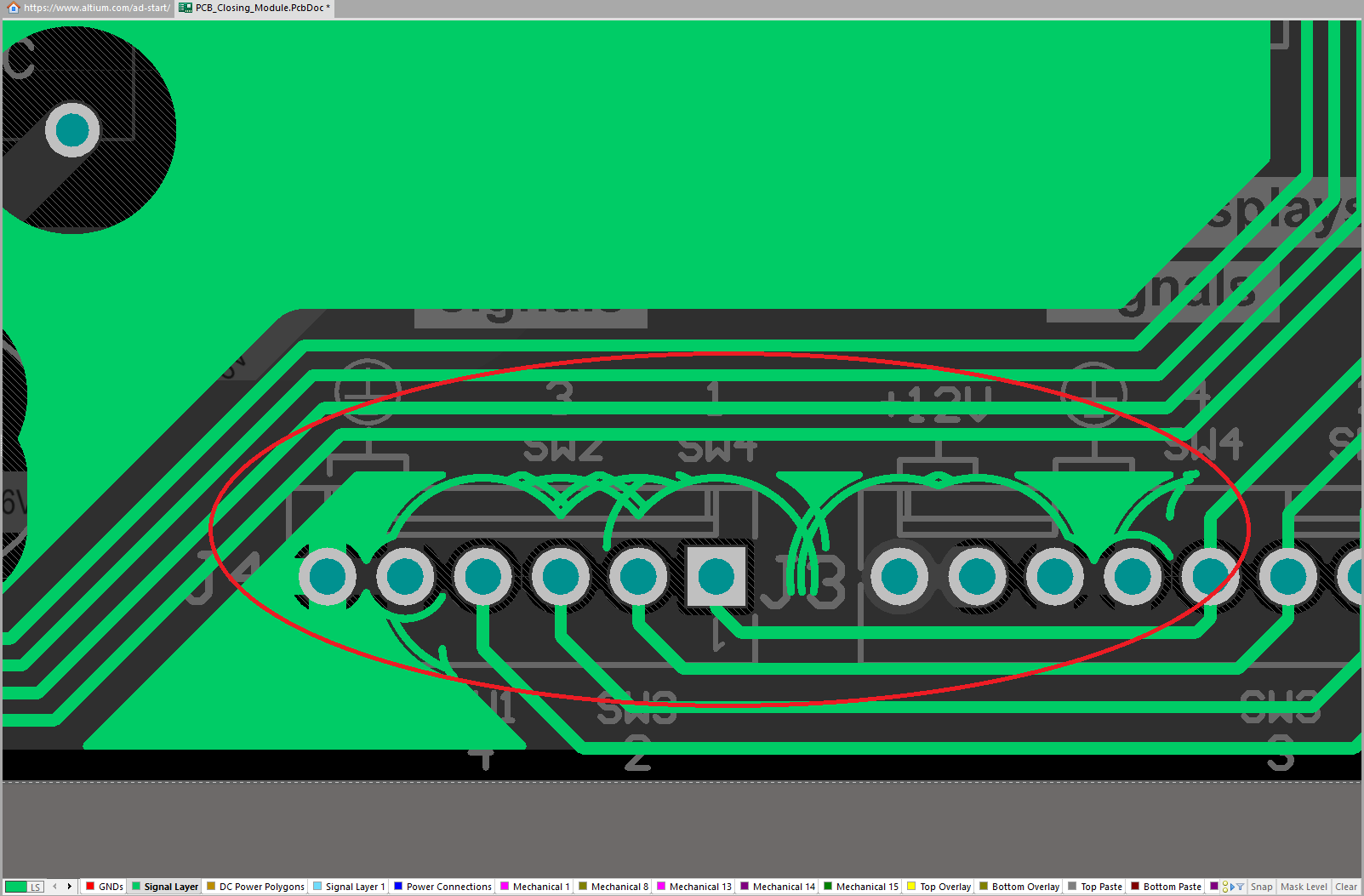 the settings are the same as before, and this is the overall result: 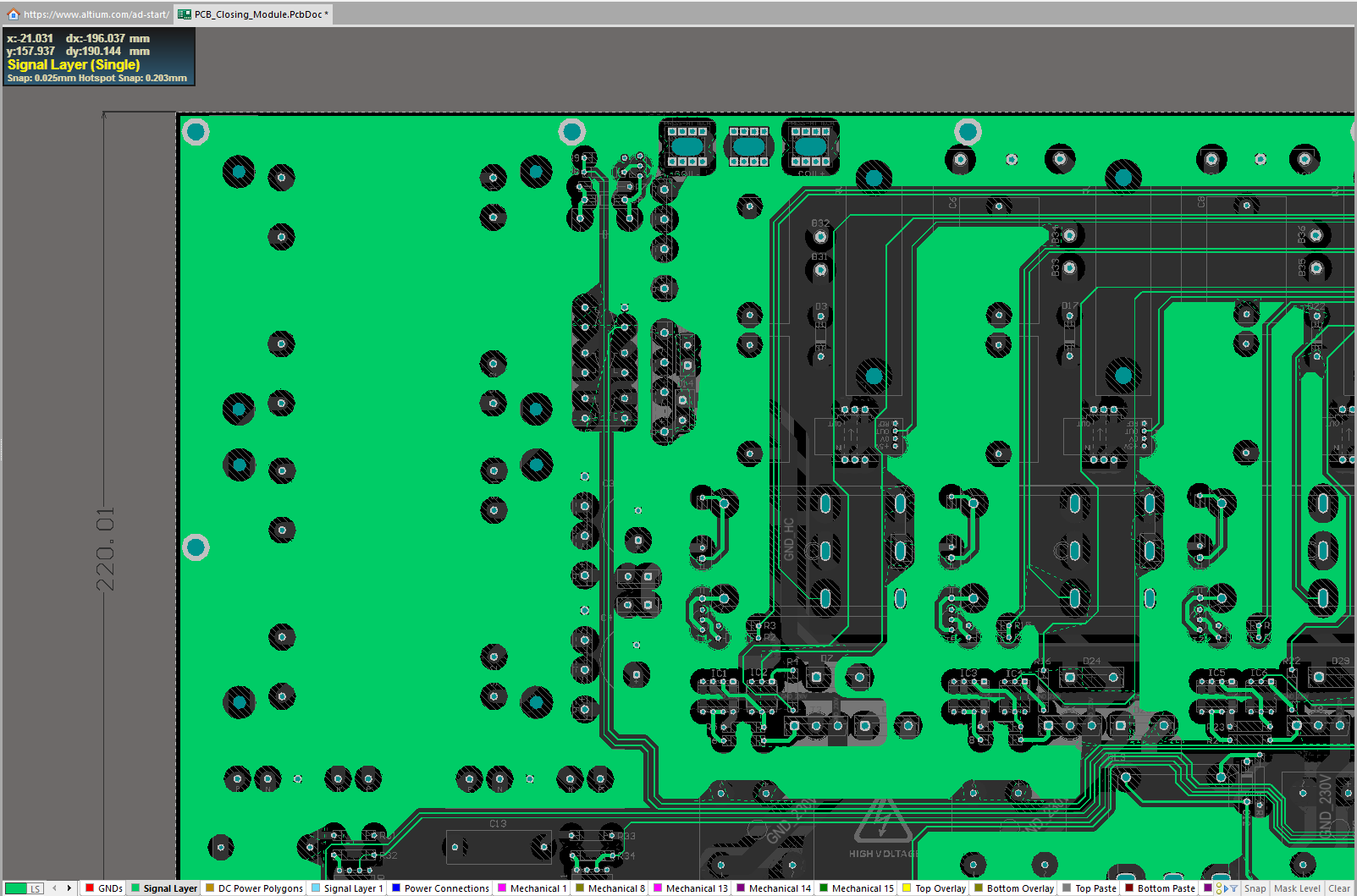 this is better than before but stil it is not ideal. I also tried to copy the files in a new project, but the result is still the same.

Ok I solved it. Actually the problem was in the clearance rules. In the project there are several clearance rules for different components and basically the problem was the following: the clearance between pad and traces or pad and copper of some components were defined several time (shame on me) and the priorities were set in such a way to have for example a 0.3mm clearance for the rules with the highest and lowest priority, and 0.2mm for the rules with the priority in the middle, so apparently Altium didn't know exactly how to behave. So tidying up the rules solved the problem. Thank you to everyone!

Not the answer you're looking for? Browse other questions tagged pcb-design altium polygon or ask your own question.