In a video at Kickstarter a project called Tapcaps is mimicing human capacitance for triggering touches to a capacitive touch screen (the iPhone). At 0:45 in the video we can see a glimpse of the device. It kind of resembles an RFID tag. 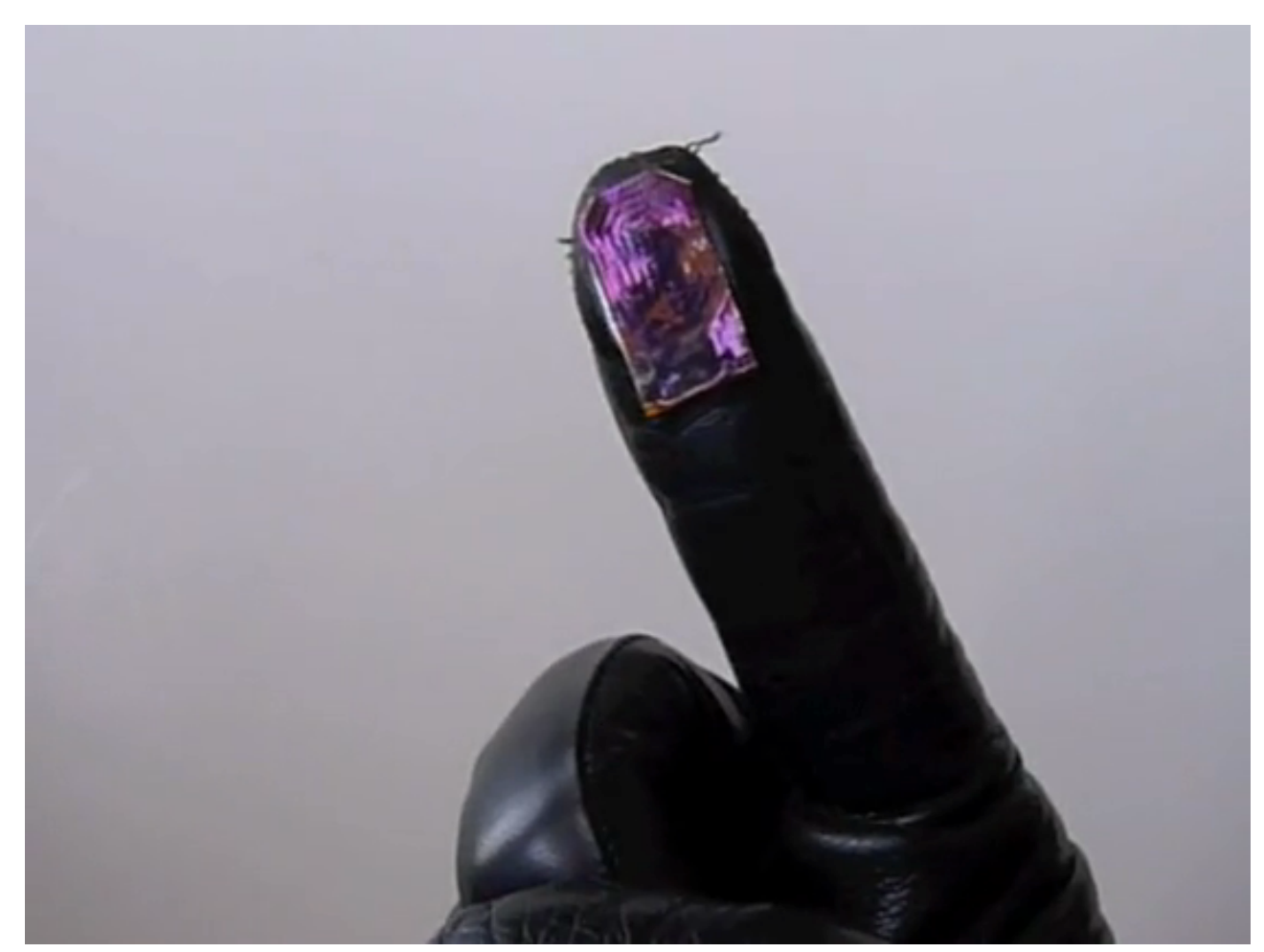 Can anyone explain how this device works?

Okay, it seems to be simpler than I originally thought (I should not have read the marketing first) I now realise most touch screens use mutual capacitance between a grid of electrodes (I was thinking of the case of a single touch pad initially)
I think it's just a piece of foil. With mutual capacitance any conductive object should disturb the field, however given the algorithms implemented to avoid false presses, etc, using just anything doesn't work You can try with a small piece of Al foil wrapped around the finger tip of a glove, I just tested this and it works fine.

For a "human free" version, a conductive object with a surface about the same size as a finger works best (I tried various things, anything the wrong size will not work or just give the odd random touch, but nothing consistent)

Here is a photo of my technical setup: 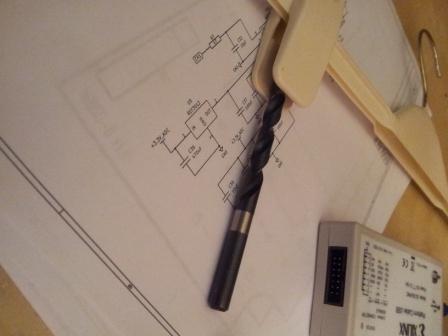 With a mutual capacitance sensor, there are two electrodes and the finger (or other conductive object) disturbs the electrostatic field between them causing the capacitance to change. So in this scenario circuit ground is not used.

Not the answer you're looking for? Browse other questions tagged capacitor iphone capacitance touchscreen or ask your own question.

5
Arduino - Trigger an iPhone's touch screen with no human interaction