When applying load step to a DCDC converter we can approximate the phase margin from the presence/absence of oscillation and the crossover frequency as well from the response time.

With switching regulators, you store energy in an inductor and then release that energy to an output capacitor. That output capacitor is across the output terminals and in parallel with the load. However, if you analyzed a linear regulator (with an added inductor in the output terminal) you would have the same problem and you would be forced to realize that the LCR circuit is resonant and fairly abruptly changes the phase of the output signal by 180 degrees over a small range of frequencies: -

You can analyze the effect of the LCR circuit above and at light loads (high values of R) you would have high resonance and a significant change in phase shift around resonance: - 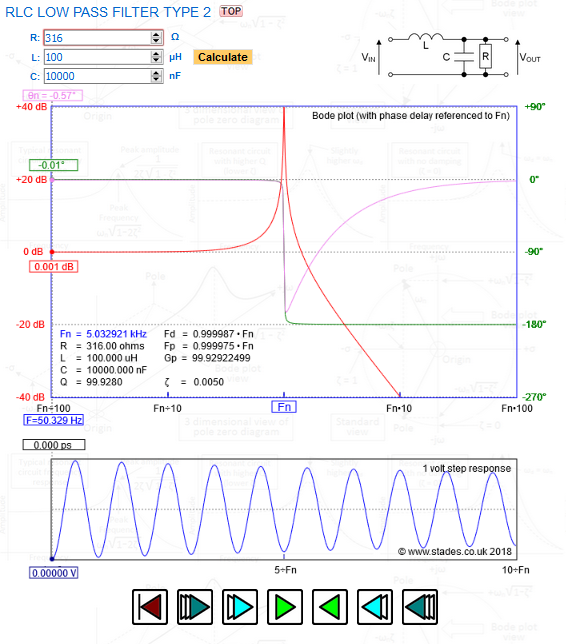 This is with 100 uH, 10 uF and a load of 316 ohms. Note that there is significant gain at 5 kHz and that phase angle has shifted by 180 degrees between about 4.8 kHz and 5.2 kHz. If you made the load resistor smaller in value (representing a high load current): - 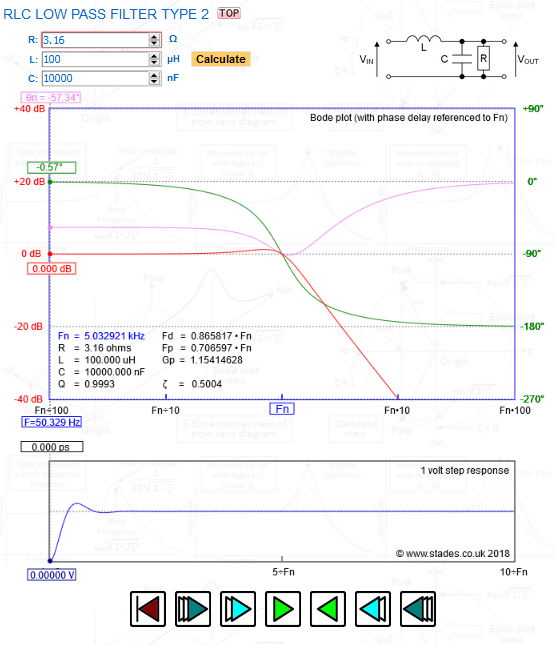 ... You can see that the phase change is much more gradual and there is barely any resonant peak to be seen. This is likely to be much stabler. Note also the step responses between the light and heavy load scenarios.

Not the answer you're looking for? Browse other questions tagged dc-dc-converter load compensation or ask your own question.