I'm protecting a USB2.0 IC against ESD and overvoltage at the USB connector using a Diodes Incorporated DM1231-02SO TVS (dual) array. The datasheet labels the pins IN and OUT, but it's not 100% clear which of those should be on the USB connector side and which on the IC side. The datasheet refers to zapping at the OUT pins, which significantly implies that the OUT pins should be on the connector side. 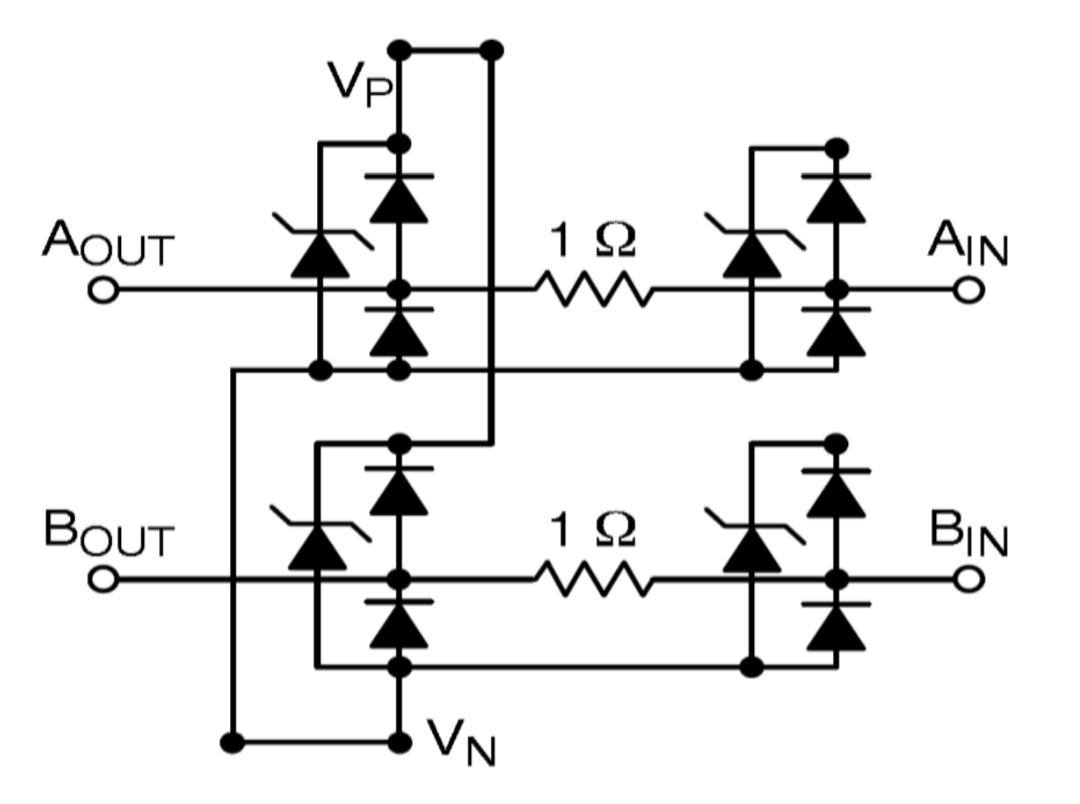 Your interpretation is correct (note that the datasheet under Features (page 1) indicates a 12kV rating on the OUT pins vs 4kV on the IN pins which makes the in/out characteristic non-symmetric.

The equivalent schematic looks suspect to me, though- check Texas Instruments TPD2S017 part, which is basically the same thing (with the in/out nomenclature irritatingly reversed).

The TI part has slightly lower ESD ratings, but makes no mention of a 12kV/4kV difference between the two ports. It does have a brief explanation of the reasoning behind the two stage ESD filter as does their slya014a document, but in a nutshell, the resistor/2nd stage diode forms a (relatively speaking) low pass filter with the diode capacitance, providing a little more protection from ultra-fast spikes (in comparison to USB signal rates anyway).

You may want to contact both of the manufacturers to get clarification on those datasheets.

Not the answer you're looking for? Browse other questions tagged esd tvs over-voltage-protection or ask your own question.